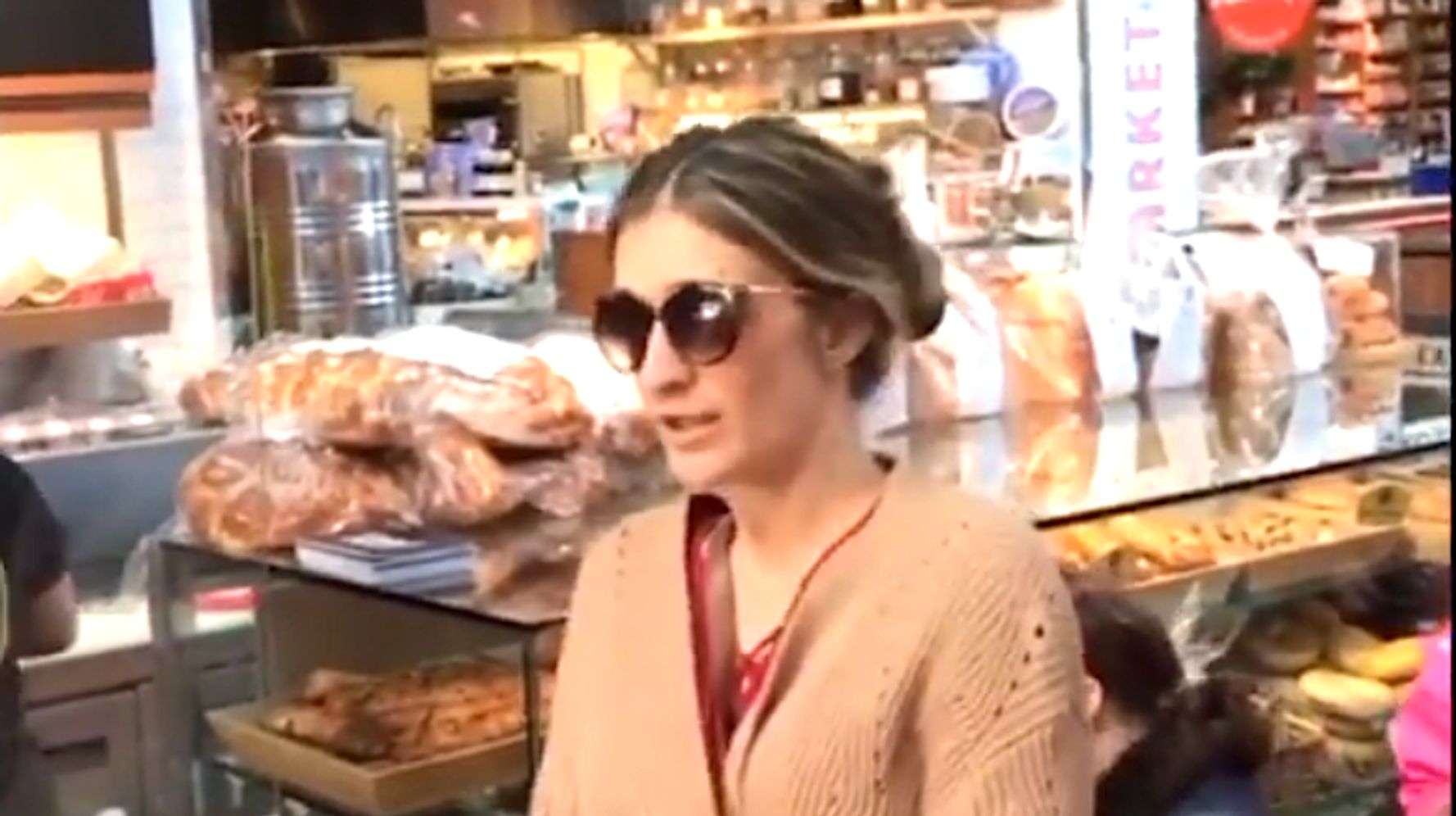 A white woman who was refused service by a Black New York City bakery worker for not wearing a face mask was caught on video calling the employee a racial slur.

The woman, dubbed â€œKarenâ€Â â€• an insult for an entitled white woman â€• by viewers of the shocking clip, showed the woman arguing with the worker at Davidovich Bakery in the Essex Market on Sunday as she tried to order bagels.

A security guard can be seen warning the woman, who appears to have several children in tow, that the employee would not serve her, so she had to leave.

As bystanders groaned in outrage and the security guard repeated demands that the woman leave, she doubled down.Â

Someone in the clip can be heard saying the woman claimed a medical problem. In an interview with the New York Daily News, the woman, who identified herself as Stephanie Denaro of Queens, griped that â€œtheyâ€™re forcing people in New York City to wear masks.â€

â€œItâ€™s political theater,â€ Denaro told the paper. â€œI donâ€™t believe in COVID-19. Itâ€™s a hoax to convince people to use absentee ballots to steal the election from Donald Trump.â€

Asked why she used the bigoted taunt, the woman replied: â€œAll of my children have a Black father. Thatâ€™s a term Iâ€™ve heard them use all my life.â€

A spokesperson for the Essex Market said the woman left after police were called, the New York Post reported. â€œHate has no place in our city or in the properties that we manage,â€ the spokesperson said.

The NYPD told HuffPost early Wednesday that no 911 or 311 calls were made from that location on Sunday.Â

Davidovich Bakery praised its worker. â€œWe want to commend our employee on his handling of the sad incident which occurred at the Essex Market,â€ the business wrote on Facebook. â€œAs is true with any family an attack on one member of the family is an attack on all of us.â€

Hereâ€™s a longer video of the incident with some dialogue bleeped out.