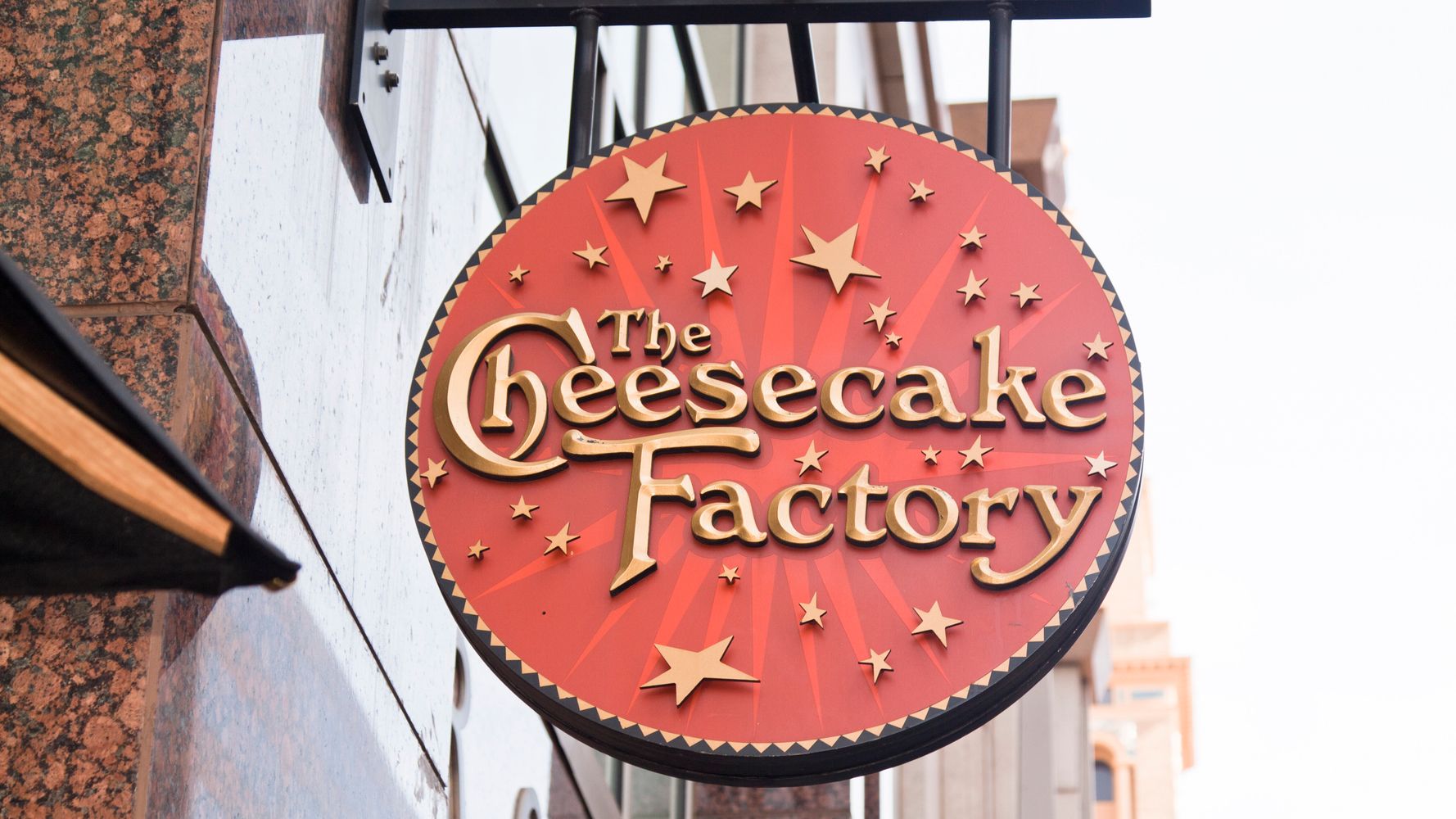 They didnâ€™t get any white chocolate raspberry truffles, but some could argue that they got their just desserts.

Six men in what police described as a â€œlarge groupâ€ of anti-vaccine protesters were arrested Tuesday night as they attempted to stage a â€œsit-inâ€³ at a Cheesecake Factory in Queens, New York.

Police arrived at the chain restaurant about 7 p.m. Tuesday in response to a 911 call claiming trespassing, the New York Police Department told HuffPost via an emailed statement.

The restaurant employee who called in the complaint said she asked to see the groupâ€™s COVID-19 vaccination cards when they entered the restaurant, in accordance with New York Cityâ€™s indoor dining mandate. But the members of the group refused. A local newspaper, the Queens Daily Eagle, said the group of about 30 people included children as young as 10.

Instead, the protesters blew past the host stand, ignoring a line of other customers waiting to be seated, and sat at empty tables throughout the restaurant as well as at the bar, according to footage posted on social media.

Once the protesters were scattered across the restaurant, members of the group refused to leave.

4 people ended up being arrested after refusing to leave. The antivaxxer group called it segregation and discrimination.

In reality, they skipped paying customers waiting in line. Seems like a bad strategy. pic.twitter.com/pdBMTmvCSR

Much of the footage online appeared to have been taken from a hourlong video posted on Instagram by a user with the account name â€œnewyorkfreedomrally,â€ who appeared to be heavily involved in the group. The longer Instagram video shows how the incident unfolded and the arrests transpired.

One memorable moment in the longer cut occurs about 11 minutes in when a bartender tells members of the group that he would serve them but had been told not to by his superiors.

â€œThe Nazis were just following orders,â€ one of the group members said before being reprimanded by the person filming, who says that they â€œdonâ€™t want to cause a disturbance.â€

Another video on the same Instagram account shows that the protesters embarked on a similar protest earlier that day in the food court of a mall. Text with the video likened the anti-vaccine groupâ€™s actions to civil rights protests in the 1960s, calling them â€œMLK Style Sit in Protest against the jab mandates in NYC.â€

A group of 30 + antivaxxers claiming to be doing a â€œsit inâ€ refused to check in at the host stand, skipped waiting customers, and sat themselves across multiple tables in a Cheesecake Factory in NYC.

They are now arguing with police. One antivaxxer compared the police to Nazis. pic.twitter.com/elFKOoTZ98

Police say that officers gave the group several lawful orders to leave but that they wouldnâ€™t budge.

â€œThe manager has now asked you to leave,â€ an officer can be heard saying in one video posted on Twitter. After some back and forth between the officer and an unseen protester, the officer says: â€œIf you guys refuse to leave [and] weâ€™re going to give you every opportunity to leave, but if you eventually refuse to leave when we tell you to leave, we will be arresting you for criminal trespassing.â€

In response, the unseen protester says the group is there to â€œaccess the business during normal business hoursâ€ and is not â€œcommitting a crime,â€ therefore no one can be arrested for â€œcriminal trespass.â€

â€œI got to let you know, because if you falsely arrest any of us you will be held liable,â€ the protester says.

One of the people arrested compared the police to Nazis. An antivaxxer responds, â€œweâ€™re going to sue every last one of these MFers.â€ Others claim this is â€œdiscriminationâ€ and â€œsegregationâ€ as the trespassers are loaded into an NYPD vehicle. pic.twitter.com/vkp6w34VLA

In the longer Instagram video, you can see irate protesters outside the Cheesecake Factory as members of their group are handcuffed and escorted into police vehicles.

â€œNew York City, what have we come to if weâ€™re discriminating based on vac status?â€ says one protester who used a megaphone outside the restaurant.

â€œWe just had arrests happen because people refused to show their private medical information. That is your constitutional right! We do not need to disclose your information to anyone! Never!â€

The Cheesecake Factory told HuffPost in an emailed statement that it wanted to thank its staff and the NYPD for the way they handled the situation.