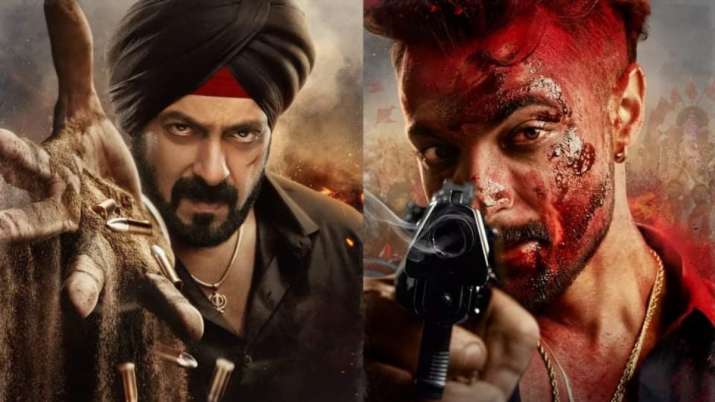 Superstar Salman Khan and brother-in-law Aayush Sharma’s latest film ‘Antim: The Final Truth’ has been working wonders and this is quite evident from its box office growth. The film which released on November 26 picked up the speed over the weekend andÂ eventually showed 70% growth from Friday to Sunday. On Monday as well, it is expected that the film will witness a slight fall but will manage to have a nice run at the box office for weeks to come. On the first day, it’s collection was recorded 5,03,00,000 approx while on the second day, it earned 6,03,00,000 appox. After the first weekend, the total collection stands at aroundÂ 18,61,00,000 after the movie raked in approxÂ 7,55,00,000 on Sunday.

A report in Box Office India stated, “The awareness today about cinema is too high with the audience to get the sort of initial that the industry expected though obviously the cameo probably more than doubled the collections of the film. The fear then is always then that collections may not sustain as the audience has not really come for the film but for the star but here the weekend has pulled through well.”

Even trade analyst Taran Adarsh spoke about the film’s decent collection during the weekend in his latest tweet. He wrote, “#Antim goes from strength to strength with each passing dayâ€¦ Growth on Day 2 and 3 indicates it has found appreciationâ€¦ #Maharashtra leads, despite 50% occupancyâ€¦ Weekdays crucial for healthy Week 1 totalâ€¦ Fri 5.03 cr, Sat 6.03 cr, Sun 7.55 cr. Total: â‚¹ 18.61 cr. #India biz.”

Antim is produced by Salma Khan and is presented by Salman Khan Films. The film also marks the debut of actor Mahima Makwana. It was the superstar’s first theatrical release in India since the COVID pandemic started and his second release of 2021 after ‘Radhe’.

SalmanÂ Khan took to Instagram on Saturday night to appeal to his ardent followers to not put anyone’s life in danger. “Request my fans to not take fire crackers inside the auditorium as it could prove to be a huge fire hazard thereby endangering your lives and also others. My request to theatre owners to not allow fire crackers to be taken inside the cinema hall and security should stop them from doing so at entry point.” the 55-year-old actor wrote in the caption of the clip he posted on Saturday night.Â

Later in the day, Khan posted another video on Instagram, this time of his fans bathing his poster from “Antim” with milk. The actor urged them to avoid such wastage and instead donate the milk to children in need. “There are so many people who don’t even have water to drink and you are all wasting milk like this. If you want to do something, I request all my fans to use this milk to feed all those poor children who don’t get to drink milk,” he wrote alongside the clip.

Remake of the 2018 hit Marathi crime drama “Mulshi Pattern”, “Antim” is billed as a tale of two powerful men with polar opposite ideologies; one a cop and the other a gangster.