Antim: The Final Truth: Aayush Sharma reveals how his kids reacted to his romantic song | EXCLUSIVE 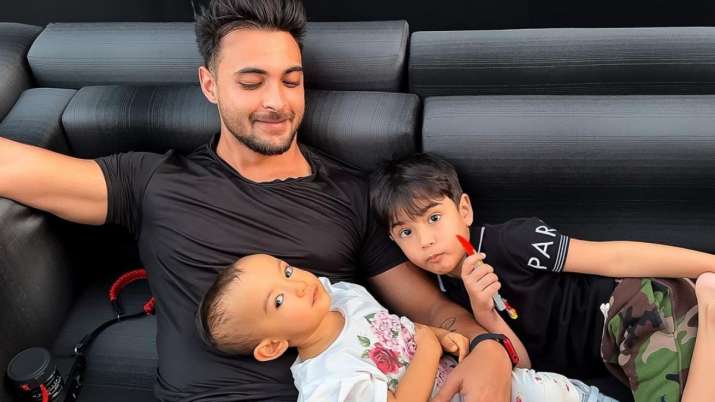 Mahesh Manjrekar directorial, ‘Antim: The Final Truth’ has been in constant headlines ever since its inception. From the trailer to the poster of the film, fans are going gaga and cannot wait to witness Bollywood actors Salman Khan and Aayush Sharma sharing screen space. Recently, Aayush Sharma had a special conversation with India TV in which he talked about this film. During the candid chat, Aayush revealed how his son Ahil Sharma and daughter AyatÂ reacted when theyÂ saw the romantic song featured on him in the film.

Aayush further talked about brother-in-law Salman Khan and said that he is the most humble man, even after being a superstar of Bollywood he takes everyone’s point of view into consideration while making a film. He said that Salman has always been there for him and to Aayush he is like an elder brother.Â

Presented by Salman Khan Films, ‘Antim’ is produced by Salma Khan. The film also features Pragya Jaiswal and Mahima Makwana in the lead roles. The film will be released in theatres worldwide by Zee Studios on November 26.