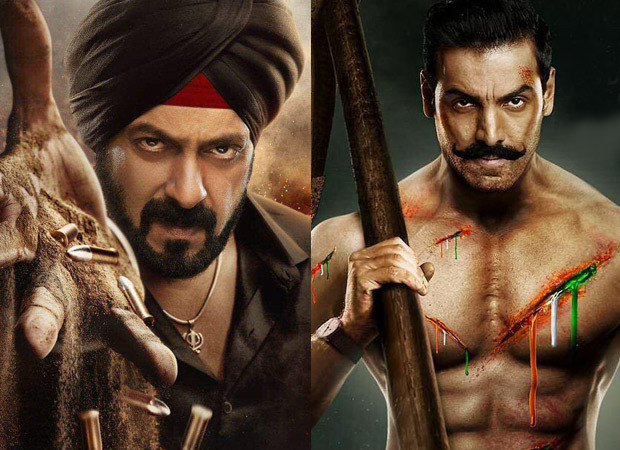 November 26 is the day of the big clash, as it would witness the clash of Salman Khan and Aayush Sharma’s Antim: The Final Truth alongside John Abraham’s triple role drama, Satyameva Jayate 2. In this exclusiveÂ series, we bring to you an inside scoop on the behind the door scenes of the exhibition sector. An exhibitor informs us that the team of Antim – Zee Studios along with Salman Khan Films – have started screen booking all across the country.

“The exhibitors have receivedÂ a message from the distribution end about blocking screens at reasonable terms. The message also has some instructions in the form of displaying the film’s poster at prominent position across all the properties, playing the trailer before all film releases until November 26,” an exhibitor informed Bollywood Hungama.

He furtherÂ informed that the team of Antim will be printing all the publicity material by themselves and sending it for display at single screens across India. “Salman and Zee understand the plight of cinema owners and hence have decided to bear the marketing expense. In today’s time, in 90 out of 100 cases, it’s the exhibitors, who have to bear the expense for printing the hoardings and banners,” the exhibitor added.

The terms of release are simple – Antim teams want prime time shows at single screens all across and they are confident of getting a good deal given Salman’s mass pull. “Though it’s not an out and out Salman Khan film, yet, he has enough presence to get the audience to cinema halls. They are not being unreasonable by asking for all shows, as it’s not a full-fledged Salman film, but they do believe that any film with Salman’s extended presence deserves a prime time showcasing. The team is confident of getting a good deal of cinema properties. Most exhibitors have agreed to display the hoardings and play their trailer in the respective properties in every show from next week,” the exhibitor shared.

The digital posters have already been dispatched, and the trailer code too will be sent to cinema owners by early next week. The standees are being made at the local distribution offices and will be up for display by next week. “Salman and Zee have opted for a marketing mix of digital with on ground. Don’t be surprised if you spot assets of Antim at most major cinema halls this Diwali.Â  This is just the beginning as both – SMJ 2 and Antim team – will go all out in terms of marketing in the days to come.”

Stay tuned as in part 2 of this article; we unveil the big game plan of Satyameva Jayate 2 team to bag maximum showcasing. Who will win the race of bagging more screens? Only time will say.

Also Read:Â Salman Khan and Aayush Sharma starrer Antim â€“ The Final Truth trailer to be out next weekÂ