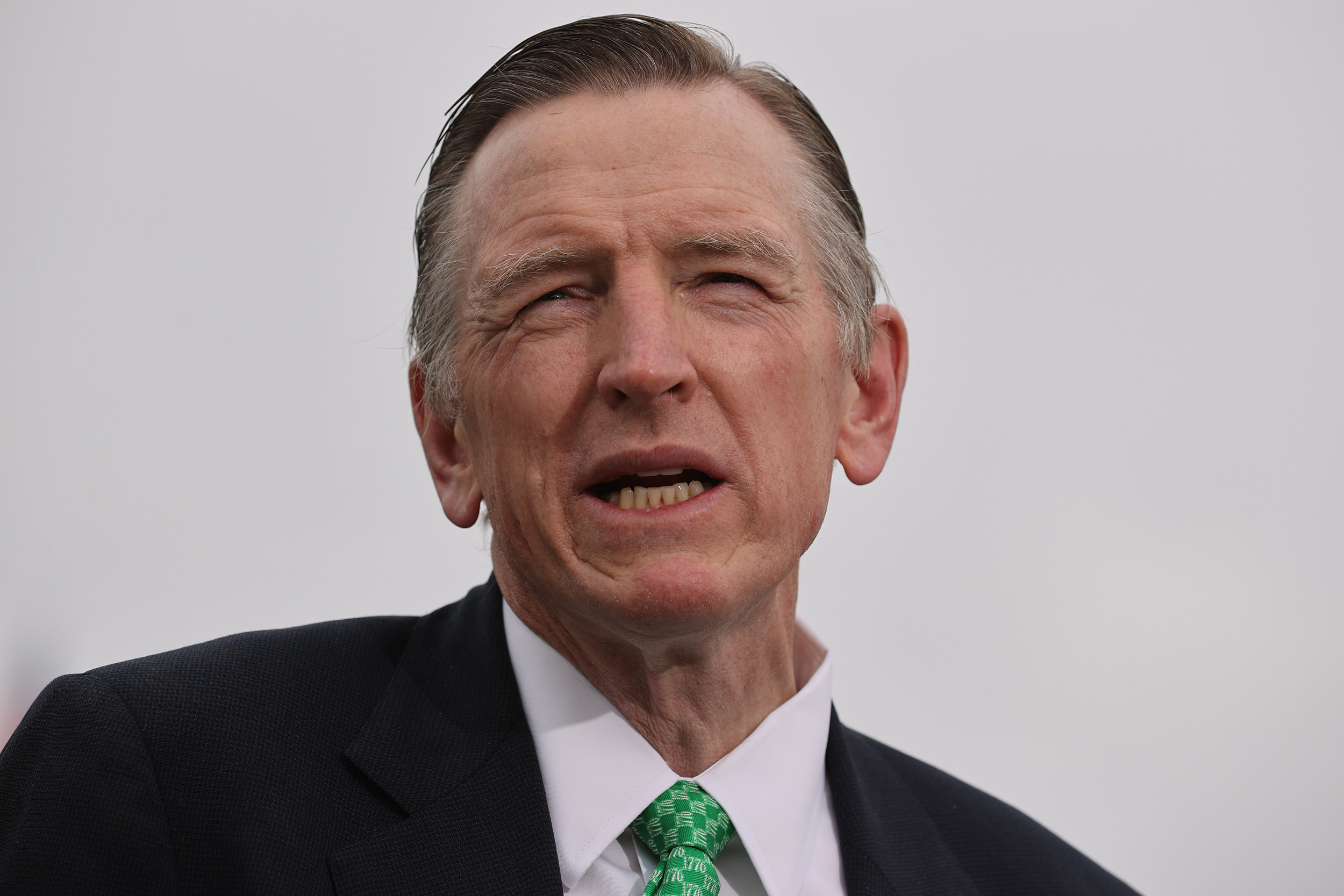 U.S. House Representative Alexandria Ocasio-Cortez pleaded with her colleagues on Wednesday to censure a Republican member who recently shared an animated video on social media that depicted her death at his hands.

“What’s so hard about saying ‘this is wrong?'” Ocasio-Cortez said regarding the House vote Wednesday on actions to censure Representative Paul Gosar of Arizona. “This is about what we are willing to accept.”

The House will vote Wednesday on a resolution that calls for Gosar’s public censure, as well as his removal from his two committee assignments—the House Oversight and Reform and the Committee on Natural Resources. He skipped two hearings held by the committees ahead of the vote and was seen on the House floor as the debate was ongoing.

During his remarks on the House floor, he accused Democrats of mischaracterizing his intentions.

“I do not espouse bias towards anyone—I never have,” he said. “It was not my purpose to make anyone upset.”

In the minute-and-a-half video, which was posted to Gosar’s Twitter and Instagram accounts on November 7, Gosar’s face is crudely edited into scenes from Attack on Titan as the anime’s hero. At one point, the Gosar character slits the throat of a monster with Ocasio-Cortez’s face edited onto its body. The anime shots are intercut with footage from immigrants crossing the U.S. southern border.

“Any anime fans out there?” Gosar tweeted along with the video. He has since taken it down and argued that it was meant to be symbolic and wasn’t a call to violence.

Ocasio-Cortez hasn’t heard personally from Gosar or House GOP leaders about the incident, she said.

“Does anyone in this chamber find this behavior acceptable?” she said.

Then-Representative Charlie Rangel, a New York Democrat who retired in 2017, was the last member of Congress to receive a sanction of censure after he was found in violation of House Ethics rules in 2010.

House Minority Leader Kevin McCarthy, a California Republican, opted not to pursue formal action against Gosar after Gosar spoke with the GOP Caucus on Tuesday. During floor remarks, he accused Democrats of hypocrisy and attempting to deflect from policy setbacks and rising inflation.

“The Democrats won’t listen because they will do anything to distract from the failures of their one-party rule—in one year destroying the nation,” he said.

Though they’ve mostly stood by Gosar, the House’s GOP hard-liners earlier this year stripped Representative Liz Cheney, a Wyoming Republican, of her post as in GOP leadership ranks. The unrecorded, closed-door vote took place after Cheney criticized former President Donald Trump‘s continued influence in the GOP after a mob of his supporters stormed the Capitol on January 6 to interrupt the 2020 presidential election certification and Trump’s continued unproven claims of a “rigged” election.

Some Republicans, backed by Trump, also are pushing for 13 moderate House GOP members who voted earlier this month in favor of a bipartisan infrastructure package to face punishment for their votes.

Gosar was first elected to Congress in 2010 and has built a reputation for his embrace of far-right ideologies and conspiracy theories. He was one of the Republicans most closely aligned with Trump’s unfounded election claims and sought to overturn the election results.

After the anime video was posted online, Gosar’s sister, Jennifer, called her brother a “sociopath” during a live television interview.

“It definitely is getting worse because no one holds him accountable,” she told CNN‘s Alisyn Camerota last week. “Does he have to act on it himself before we believe that he’s a sociopath?”