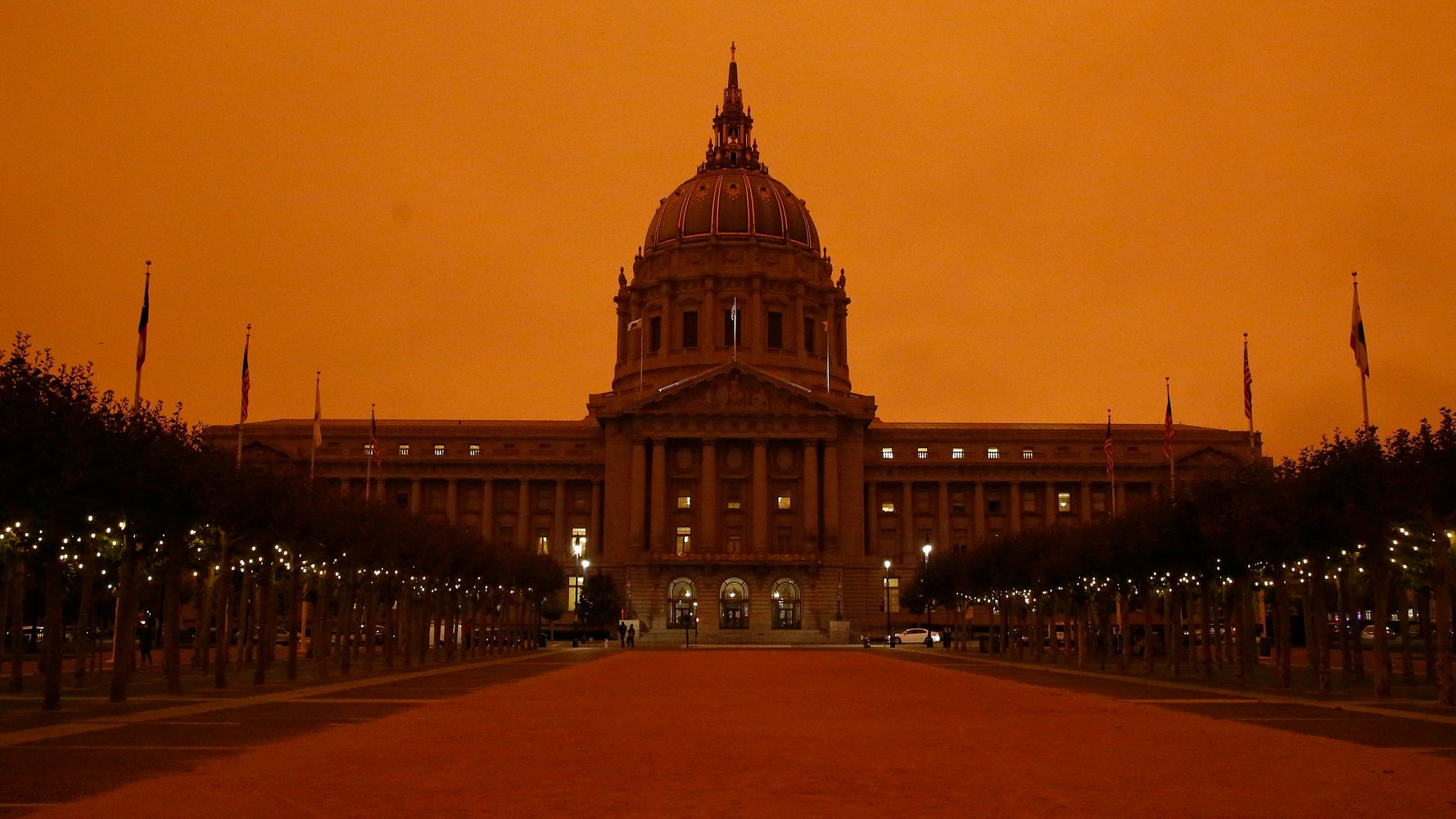 The San Francisco Bay Area awoke to a disorienting sight on Wednesday morning: deep orange skies and a smoky darkness lingered hours after sunrise, serving as a stark reminder of the wildfires still raging across California.

The phenomenon â€• which was also seen in Oregon on Tuesday â€• is a result of 16 different fire complexes burning in the region, dispersing smoke with the help of gusty wind.Â Â

â€œStrong winds over the past few days transported ash from fires in northern California and the Sierra Nevada into the region,â€ the Bay Area Air District, the regionâ€™s air quality control agency, explained in a tweet.

â€œIf smoke becomes too thick in a certain area, most of the light will be scattered & absorbed before reaching the surface, which may cause dark skies.â€ A thick layer of marine fog below the smoky skies aided the effect.Â

The National Weather Serviceâ€™s Bay Area branch warned that even though the air quality in the region was moderate on Wednesday morning, the â€œunprecedented smokeâ€ hanging high in the air will likely descend closer to street level as the day goes on, making the air more dangerous to breathe.

Itâ€™s a familiar warning for Californians. Uncontrolled blazes across the state this year have so farÂ burned a historic 2.3 million acres, representing a nearly 2,000% increase in land burned compared with this time last year, according to the California Department of Forestry and Fire Protection.

â€œThis is yet another reminder though that weâ€™re living with the effects of climate change in real time,â€ San Francisco Mayor London Breed tweeted Wednesday morning.Â

Here are some images of Wednesdayâ€™s orange skies, which many compared to a scene from Mars.

Jim McVeigh, a custodian, cleans the entrance of Childrenâ€™s Fairyland, a small amusement park in Oakland, California, on Wednesday morning.

â€œThis is feeding into my mind that this is a dream,â€ McVeigh told the San Francisco Chronicle. â€œThe problem is itâ€™s not bright enough to clean this.â€ He called it quits after an hour because of the poor light.Â

The Church of Jesus Christ of Latter-day Saintsâ€™ Oakland Temple was engulfed by smoke from surrounding wildfires.

A person exercises at an orange-tinted Lake Merritt in Oakland.

Two people take photos of the unusual light over the bay at Cesar Chavez Park in Berkeley, California.

A ferry terminal in San Francisco is illuminated by the orange glow.

A view of downtown San Francisco from Dolores Park on Sept. 9.Â