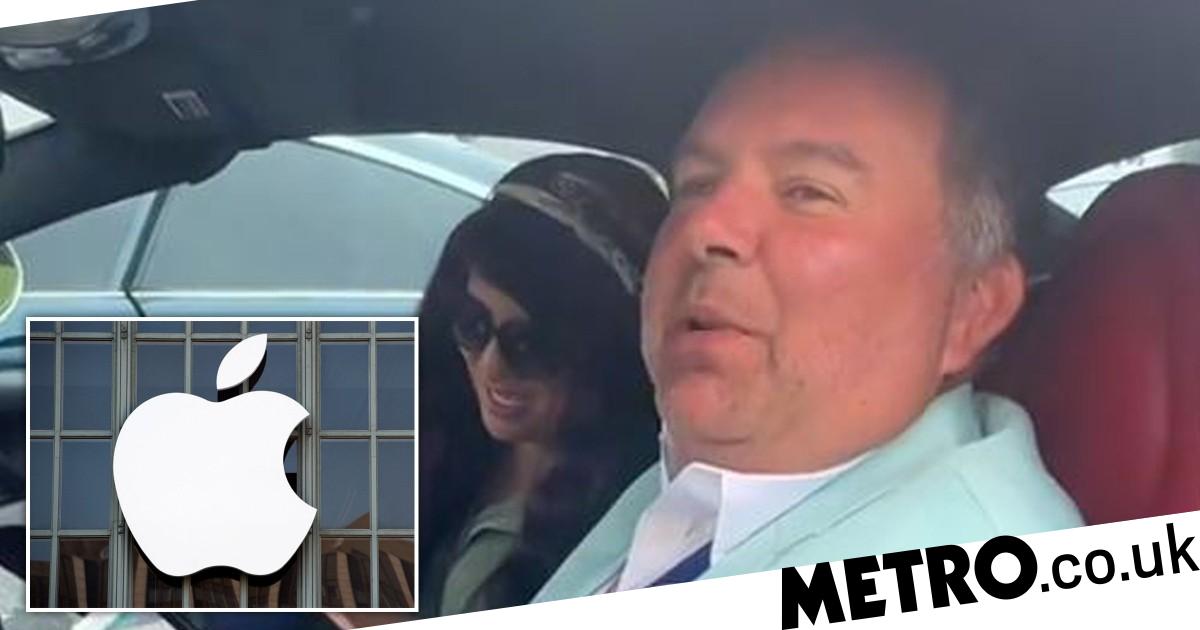 A senior Apple executive has been sacked after a TikTok video showed him joking about fondling women.

Tony Blevins, a key player in the company’s supply chain operations, was filmed inside his $500,000 (£450k) Mercedes-Benz SLR McLaren.

When questioned about what he did for a living, the tech executive responded he ‘I have rich cars, play golf and fondle big-breasted women, but I take weekends and major holidays off’.

Blevins had been approached by TikTok content creator Daniel Mac at a car show as part of a video series in which Mac asks owners of expensive cars their occupations.

Both Mac and Blevins’ companion in a Mercedes sports car were laughing as Blevins spoke off the cuff while exiting the car.

But Apple didn’t agree with the crude remark.

Sources familiar with the matter told Bloomberg that members of Apple’s operations and procurement teams reported the video to the company’s Human Resources department.

Apple hasn’t given any official comment on Blevins’ departure.

However, according to Bloomberg, the executive did issue an apology, calling his comment a ‘mistaken attempt at humour.’