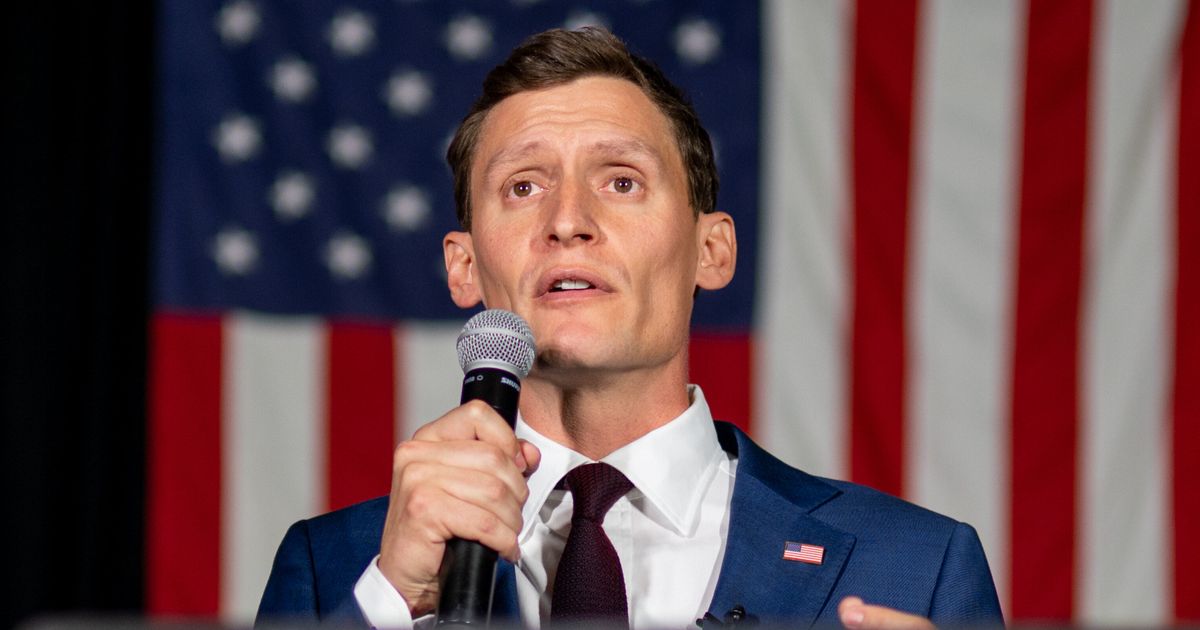 Blake Masters, the Republican nominee for U.S. Senate in Arizona, suggested that women and marginalized groups at the Federal Reserve are hurting the economy.

Masters wrote on Twitter Sunday that diversity among the Fed’s leadership is “a compelling explanation” for what he sarcastically called the economy’s great performance.

“Finally a compelling explanation for why our economy is doing so well,” Masters wrote in a tweet quoting an Associated Press report about increased diversity at the Fed.

Masters is not actually saying the economy is doing well ― indeed, a central argument of his campaign is that it’s just the opposite ― and his point here is not subtle. He’s saying that diversity is unhelpful or downright bad.

The AP’s tweet read: “Leadership at the Federal Reserve has become its most diverse ever. There are more female, Black and gay officials contributing to the central bank’s interest-rate decisions than at any time in its 109-year history.”

The Federal Reserve is the central bank of the U.S., tasked with a “dual mandate” of maintaining low unemployment and stable prices. The past year has seen the largest increases in consumer prices since the early 1980s, resulting in some of the most negative consumer-sentiment readings in decades despite strong job growth.

The Fed has been hiking interest rates in order to tame inflation, essentially hurting the economy in order to make people spend less money so prices can stabilize. Economists say the rate hikes could lead to higher unemployment, and many voters think the economy is in a recession already.

Masters and other Republicans have made rising prices a centerpiece of their campaign messages.

“Democrats tell us the economy is doing just great,” Masters tweeted on Monday. “Anyone who’s pumped gas or bought groceries or looked at their savings account lately knows that’s a lie.”

Masters is certainly not alone in sneering at the value of diversity at the Fed.

Currently, for the first time in its history, the Federal Reserve’s seven-person board of governors includes a Black woman. Lisa Cook faced a racist, sexist smear campaign after President Joe Biden nominated her to the position in January.

Historically, the Fed’s leadership has been overwhelmingly white and male, according to a 2021 Brookings Institution analysis of Fed personnel backgrounds.

Only 5% of Fed directors have had a doctorate degree in economics since 1970, according to Brookings. Cook has such a degree, and served on the White House Council of Economic Advisers. Yet conservatives questioned whether she was qualified to serve on the board, and claimed she would bring “racial policies” to the job.

However, Sen. Elizabeth Warren (D-Mass.) told HuffPost at the time that Cook’s field of research on racial inequality and economic growth was exactly what the Fed needed.

“One of the things we know is that Black unemployment stays persistently at about double the level of white unemployment,” Warren said. “So just asking a question generally about unemployment doesn’t get to a fundamental problem about not just total how many people are unemployed, but how that pain is distributed throughout the economy and how different economic policies might change. That’s what Lisa Cook focuses on. And that frankly makes some people uncomfortable.”