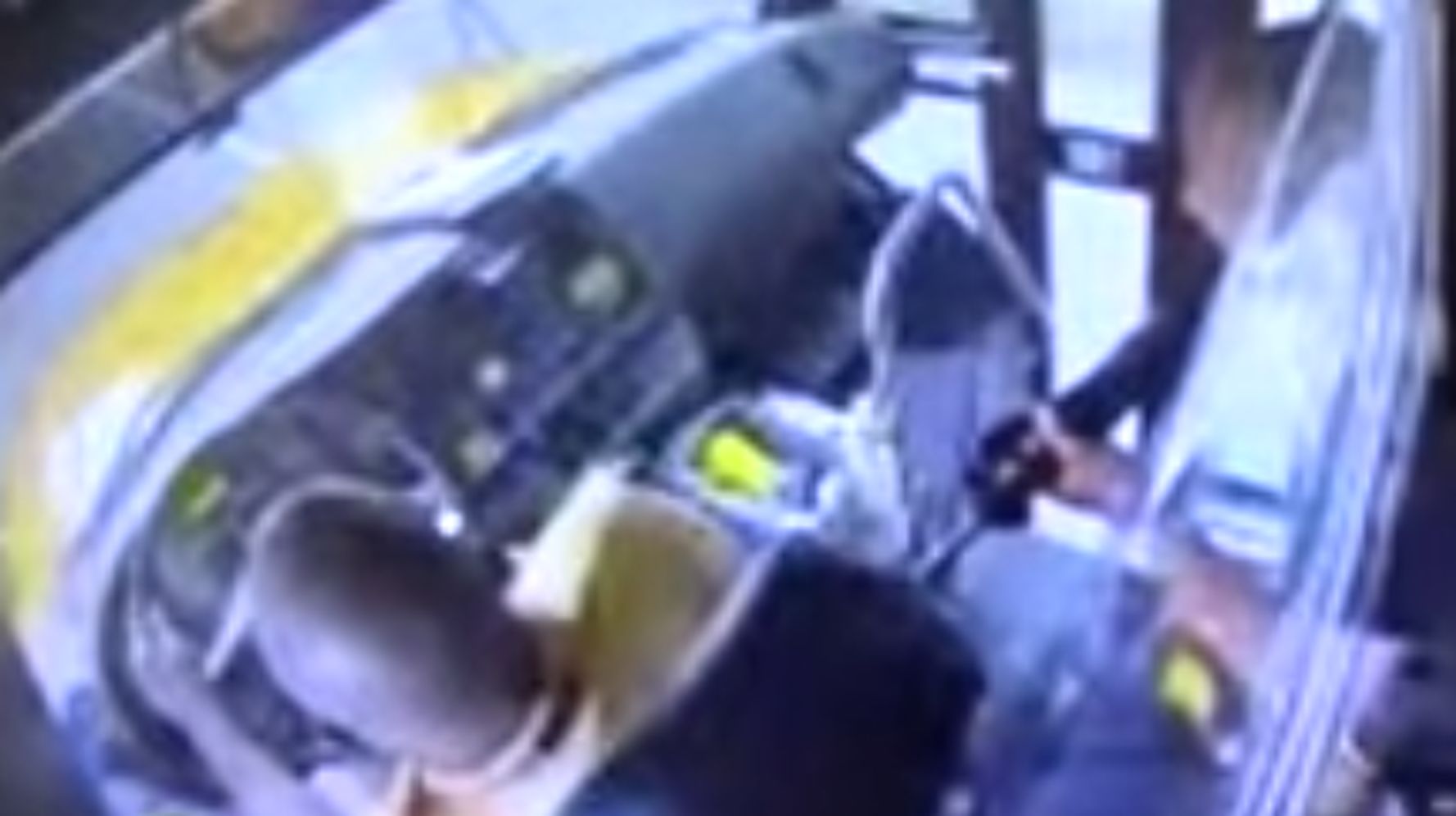 COLUMBIA, S.C. (AP) â€” An Army trainee has been arrested and charged with dozens of crimes after authorities say he boarded a South Carolina school bus with a gun Thursday and held the driver and elementary students hostage before letting them off the bus.

During a news conference, Richland County Sheriff Leon Lott said the incident started at around 7 a.m. near Fort Jackson, the U.S. Armyâ€™s largest basic training facility, located in Columbia. The trainee, dressed in physical training clothes, â€œran off post and escapedâ€ with a rifle from the installation, Lott said. Deputies then started receiving calls about someone standing on a nearby interstate flagging down cars.

The trainee, whom Lott identified later Thursday as Jovan Collazo, then went to a nearby bus stop where children were waiting to be taken to Forest Lake Elementary School, Lott said, and boarded the bus himself, armed with the rifle.

â€œHe told the bus driver he didnâ€™t want to hurt anybody; he wanted him to drive him to the next town,â€ Lott said.

Video that Lott played during a late Thursday news conference showed Collazo boarding the bus, shouting at the driver to close the door and drive. He was on board with the students and driver for a total of six minutes, the sheriff said.

Some of the 18 children on the bus began using cellphones to call parents to let them know what was happening, Lott said. After some of the children asked repeatedly if Collazo planned to hurt them or the driver, the trainee â€œgot a little frustratedâ€ and ordered the bus stopped, allowing the driver and children to get off, Lott said. He then drove the bus several miles before abandoning it, with the rifle inside.

Collazo then â€œwent through neighborhoodsâ€ nearby, Lott said, looking for clothes, was subsequently spotted by deputies and arrested without incident.

A spokeswoman for the Richland Two School District said the bus was transporting elementary school children. As a precaution, security at multiple area schools was increased and no one was allowed to enter or leave the buildings, she said.

â€œA very scary situation this morning,â€ Lott said of the incident, which he said lasted about an hour.

This is at least the second high-profile incident in recent weeks involving a soldier based at Fort Jackson. Last month, a Fort Jackson soldier wasÂ charged with third-degree assaultÂ and suspended after an online video depicted him accosting and shoving a Black man in his neighborhood.

Lott said Collazo was in his third week of basic training at the installation. During a news conference Thursday, Fort Jackson Commanding Brig. Gen. Milford H. Beagle Jr. said the trainee was 23 years old and did not have ammunition in his weapon, which had been issued as part of his training.

â€œHe was a very quiet individual, hailed from New Jersey … and we assessed that he was just trying to make an attempt to go back home,â€ Beagle said.

Trainees were on a post-breakfast break when the man left the base. He likely grabbed his unloaded weapon because leaving it behind would have alerted supervisors that he was absent, Beagle said.

â€œThere is nothing that leads us to believe … that this had anything to do with harming others, harming himself or anything that links to any other type of nefarious activity,â€ he added.

Beagle said the incident had laid bare â€œa key failure in our accountability processes, that I will fix, going forward, because the outcome potentially could have been much worse.â€

Collazo faces dozens of charges, including 19 counts of kidnapping, as well as counts of carjacking, possessing a weapon on school property, armed robbery and weapons possession during a violent crime. Court records did not list an attorney, and he was being held in jail Thursday afternoon.

Beagle said the Army may also take disciplinary action of its own, including charges of being absent without leave and theft of a weapon from the base.