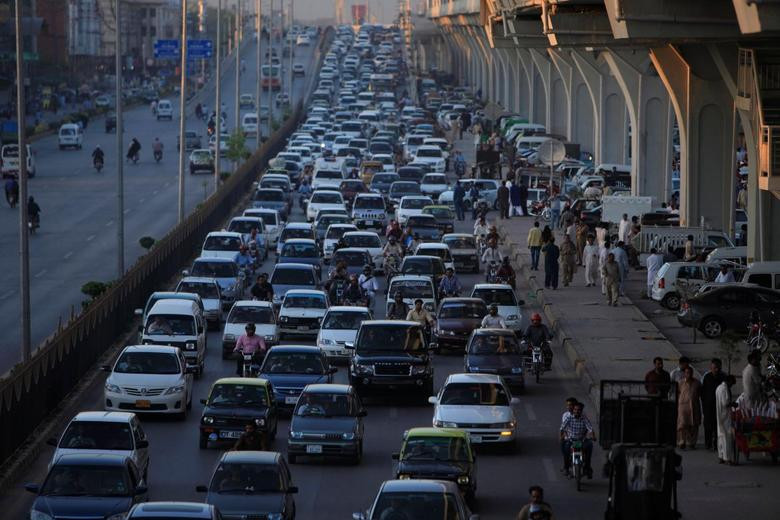 
The army personnel cleared the National Highway and restored traffic on the main artery of communication in Sindh, removing scores of vehicles which were stuck there because of the devastating floods, officials said on Sunday.

The highway saw a severe logjam due to flood damages between Kandiyaro and Halani, for several hours. The army took immediate action as its mechanics and electricians repaired the damaged vehicles on an emergency basis and restored traffic.

More than 200,000 vehicles ply on the National Highway, which goes all the way into the Punjab province and onwards, on a daily basis. The highway was badly damaged due to recent floods and rains.

So far, it said 619 Army Aviation helicopter sorties had been flown for the evacuation of 4,659 stranded people. In last 24 hours, a sortie was flown which delivered two tonnes of relief supplies to the flood victims.

Besides, the armed forces had established 147 relief camps and 237 relief collection points in Sindh, South Punjab and Balochistan and distributed 10,175.6 tonnes of food; 1,732.4 tonnes of sustenance items; and 10,118,930 medicine among the needy people.

The army had also established more than 300 medical camps all across the country in which more than 566,089 patients received treatment. The patients were also provided 3-5 days’ medicine free of charge, the NFRCC said.

Similarly, it said, the Pakistan Navy’s relief and rescue efforts were also in full swing as the navy personnel had established four flood relief centres and 18 central collection points all across the country.

The navy had, so far, distributed 1,758 tons ration, 6,407 tents and 727,848 litres of mineral and fresh water in various districts. In addition, 19 tent cities have also been established in Sindh; wherein, 25,097 flood victims had been accommodated.

Moreover, the navy’s 23 Emergency Response teams (ERTs) deployed all over Pakistan had rescued 15, 565 stranded people till date. These ERTs were equipped with 54 motorised boats and two Hovercraft, the NFRCC said.

Pakistan Navy has also deployed two helicopters in interior Sindh. Up to now, in the 70 sorties, these helicopters had rescued 478 stranded people and distributed 5,258 packets of ration, it added.

Besides, eight diving teams of the navy had also carried out 27 operations in the affected areas across the country. The Navy had organized 82 medical camps till date in which 89,989 patients had been treated.

Moreover, the PAF had established 46 medical camps, where 70,608 patients had been treated so far. Some 20 tent cities, accommodating 19,807 people, 54 relief camps and three central aviation hubs across the country had also been established), the NFRCC said.