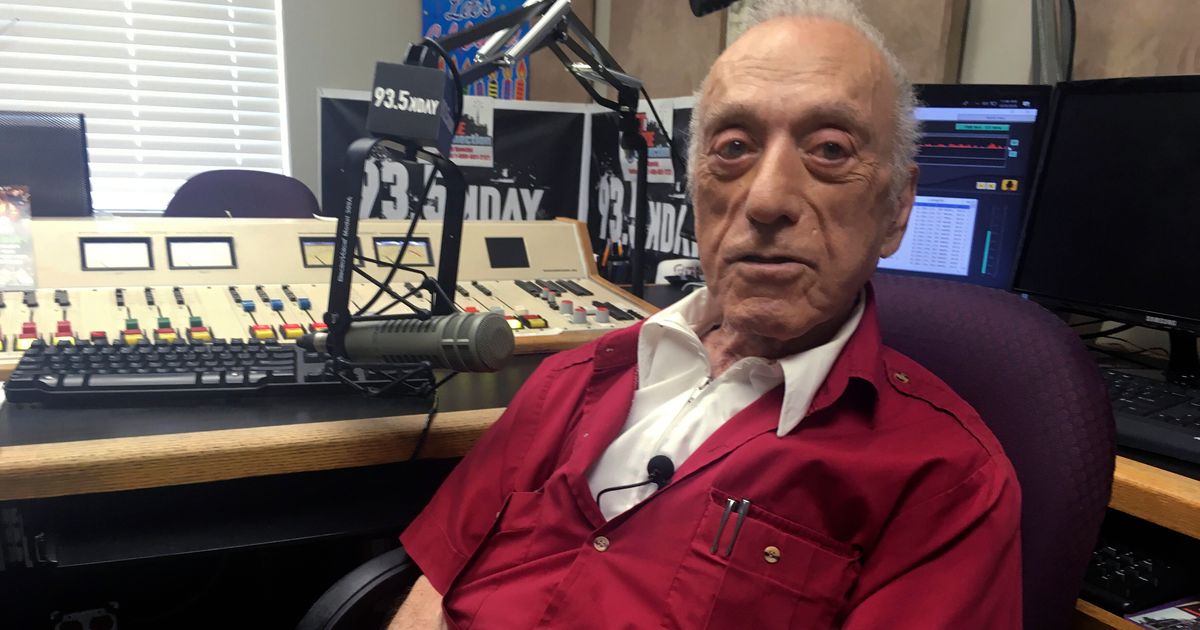 Laboe is credited with helping end segregation in Southern California by organizing live DJ shows at drive-in eateries that attracted whites, Blacks and Latinos who danced to rock-n-roll and shocked an older generation still listening to Frank Sinatra and Big Band music.

Laboe is also credited with coining the “oldies, but goodies” phrase. In 1957, he started Original Sound Record, Inc. and in 1958, released the compilation album “Oldies But Goodies: Vol. 1,” which stayed on the Billboard’s Top 100 chart for 183 weeks.

He later developed a strong following among Mexican Americans for hosting the syndicated “The Art Laboe Connection Show.” His baritone voice invited listeners to call in dedications and request a 1950s-era rock-n-roll love ballad or a rhythm and blues tune from Alicia Keys.

His radio shows gave the families of incarcerated loved ones, in particular, a platform to speak to their relatives by dedicating songs and sending heartfelt messages and updates. California and Arizona inmates would send in their own dedications and ask Laboe for updates from family.

It’s a role Laboe said he felt honored to play.

“I don’t judge,” Laboe said in a 2018 interview with The Associated Press at his Palm Springs studio. “I like people.”

He often told a story about a woman who came by the studio so her toddler could tell her father, who was serving time for a violent crime, “Daddy, I love you.”

“It was the first time he had heard his baby’s voice,” Laboe said. “And this tough, hard-nosed guy burst into tears.”

Anthony Macias, a University of California, Riverside ethnic studies professor, said the music Laboe played went with the dedications enhancing the messages. For example, songs like Little Anthony & the Imperials’ “I’m on the Outside (Looking In)” and War’s “Don’t Let No One Get You Down” spoke of perseverance and desire to be accepted.

Born Arthur Egnoian in Salt Lake City to an Armenian-American family, Laboe grew up during the Great Depression in a Mormon household run by a single mom. His sister sent him his first radio when he was 8 years old. The voices and stories that came from it enveloped him.

“And I haven’t let go since,” Laboe said.

He moved to California, attended Stanford University and served in the U.S. Navy during World War II. Eventually, he landed a job as a radio announcer at KSAN in San Francisco and adopted the name Art Laboe after a boss suggested he take the last name of a secretary to sound more American.

When the United States entered World War II, Laboe served in the Navy. He later returned to Southern California area, but a radio station owner told the aspiring radio announcer he should work on becoming a “radio personality” instead. As a DJ for KXLA in Los Angeles, Laboe bought station time and hosted live overnight music shows from drive-ins where he’d meet underground rockabilly and R&B musicians. “I got my own built-in research,” Laboe said.

Laboe soon became one of the first DJs to play R&B and rock-n-roll in California. Teen listeners soon identified Laboe’s voice with the fledgling rock-n-roll scene. By 1956, Laboe had an afternoon show and became the city’s top radio program. Cars jammed Sunset Boulevard where Laboe broadcast his show and advertisers jumped to get a piece of the action.

When Elvis Presley came to Hollywood, Laboe was one of the few to get an interview with the new rockabilly star.

The scene that Laboe helped cultivate in California became of the nation’s most diverse. Places such as the El Monte’s American Legion Stadium played much of the music Laboe aired on his radio show, giving birth to a new youth subculture.

Laboe maintained a strong following throughout the years and transformed into a promoter of aging rock-n-roll acts who never faded from Mexican-American fans of oldies. A permanent display of Laboe’s contributions resides in The Rock and Roll Hall of Fame Museum in Cleveland.

In 2015, iHeartMedia’s KHHT-FM (92.3) dropped Laboe’s syndicated oldies show after the station abruptly switched to a hip-hop format sparking angry protests in Los Angeles. “Without Art Laboe, I’m So Lonely I Could Cry,” wrote essayist Adam Vine. Later that year, Laboe returned to the Los Angeles airwaves on another station.

Lalo Alcaraz, a syndicated cartoonist and television writer who grew up listening to Art Laboe in San Diego, said the DJ maintained a strong following among Mexican Americans for generations because he always played Latino, white and Black artists together on his shows. Laboe also didn’t appear to judge his listeners who asked for dedications for loved ones in prison, Alcaraz said.

“Here is someone who gave a voice to the most humble of us all through music,” Alcaraz said. “He brought us together. That’s why we sought him out.”

“I see these really tough looking guys in the crowd. I mean, they look scary,” Nogales said. “Then Art comes out and they just melt. They love him.”