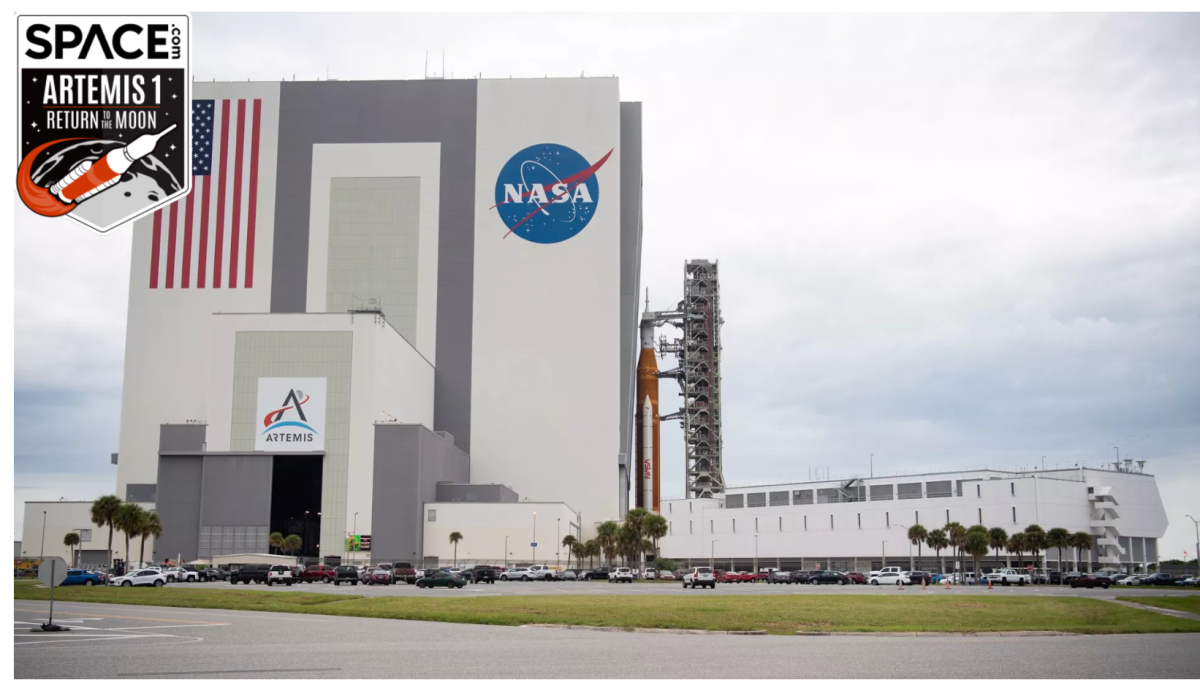 There’s only a slight chance that NASA’s moon mission will launch in the next month.

The agency’s Artemis 1 stack, including the Space Launch System (SLS) megarocket, rolled back to shelter earlier today (Sept. 27) ahead of a hurricane that may send winds at its Florida launch site gusting at up to 130 mph (200 kph) by Thursday (Sept. 29).

The expected arrival of Hurricane Ian will require assessment and cleanup ahead of returning the rocket to its launch pad for its scheduled moon mission. Given the severe weather and cleanup from it, plus lingering technical matters, the chances of an October launch are thin, agency officials said.

“I don’t think we’re going to take anything off the table,” Jim Free, NASA’s associate administrator for exploration systems development, told reporters at a livestreamed press conference Tuesday (Sept. 27). He added the agency is looking at the “tradeoffs,” but launch window options will be limited until November.

Launching the ambitious Artemis 1 moon mission has been difficult already, as the rocket suffered leaks and other fueling issues across a key test in June and launch opportunities in August and September. Officials have had to let several launch windows slide due to technical problems or weather, and Artemis 1 has already made two trips to NASA’s Vehicle Assembly Building (VAB) at the Kennedy Space Center (KSC) for integration or servicing.

NASA’s timetable for launching SLS and the Orion spacecraft suggests there are 11 opportunities between Oct. 17 and Oct. 31, excluding Oct. 24, 25, 26 and 28. The two weeks after that don’t offer a launch date that meets the mission’s needs, and then the next possible try would be Nov. 12.

NASA Administrator Bill Nelson has suggested NASA is leaning toward the November dates. “We know that the earliest it could go is late October, but more than likely we’ll go in the window in the middle of November,” he told CNN (opens in new tab) earlier today.

Range availability will also depend on launches for other missions and a thumbs-up from the U.S. Space Force, which manages the region around the Kennedy Space Center and nearby Cape Canaveral Space Force Base. NASA’s Crew-5 astronaut mission for the International Space Station (ISS) is currently slated for Oct. 4; whether that date holds is not guaranteed given Ian, though it seems almost certain to launch sooner than Artemis 1.

NASA may prioritize Crew-5 due to the need for regular crew rotations to the orbiting complex, which are tied in part to experiments and crew health requirements. The ISS is also a busy facility with other spacecraft constantly visiting with equipment, supplies and experiments, meaning any scheduled launch must be fit into this network of arrivals and departures.

Related: What does space do to the human body? 29 studies investigate the effects of exploration

The considerations NASA will weigh include immediate hurricane preparation and cleanup, along with the resulting effects on employee and contractor families, KSC Director Janet Petro said in today’s press conference.

Many people will be on leave in the coming days for personal preparations, and non-essential personnel will telework. Post-hurricane, a damage assessment and recovery team will ride around the facility to “determine whether it’s safe to allow folks to come back on site,” Petro said.

Once safe to do so, Artemis 1’s flight termination system batteries will be evaluated to assure approval from the Space Force to return to the pad, Free said. Other “life-limited items,” roughly 20 or so, such as fuel storage in the service module and some of the payloads within the Orion spacecraft, will also be checked for anything that needs to be adjusted or replaced.

Artemis 1, Petro emphasized, is safe within the VAB and came under no danger when an unrelated fire broke out briefly within the facility Tuesday at 11:45 a.m. EDT (1545 GMT). The fire’s cause is under investigation, but it apparently originated with an electrical panel that was quite far away from the rocket, she said.