As Labour Gathers In Liverpool, The Pressure’s On Keir Starmer To Convince Voters He Should Be Prime Minister 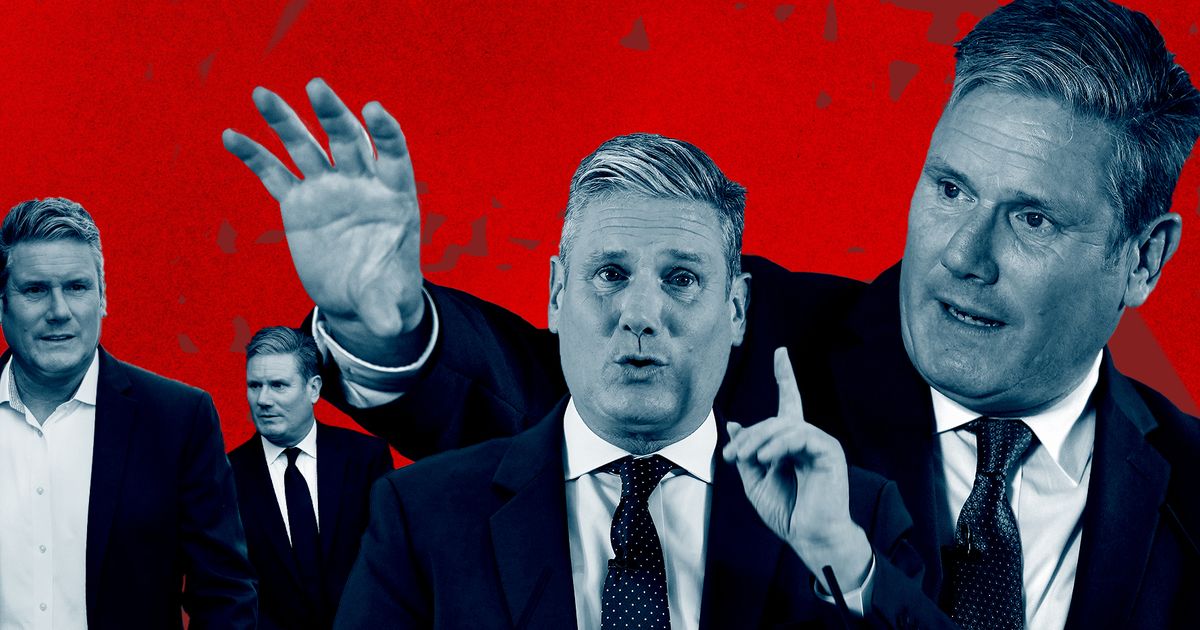 When Keir Starmer gets up to deliver his keynote speech to Labour’s annual conference at 2pm on Tuesday, he won’t just be addressing those inside the hall.

For the first time since becoming the party’s leader in 2020, he will be deliberately pitching himself to voters as a prime minister-in-waiting.

After two years of repairing the damage done to the party’s reputation under Jeremy Corbyn, and rebuilding from the wreckage of the 2019 general election defeat, it is time for Starmer to face the public at large.

Despite the turmoil which has engulfed the government on an almost continuous basis for the past two years – and Labour’s healthy lead in the opinion polls – there remains a sense that he has yet to seal the deal with the electorate.

Voters see him as an undoubted improvement on Corbyn, but remain to be convinced that he deserves the keys to Number 10, or that his party is ready to be entrusted with power.

“We’ve spent two years making this party electable again,” says one ally. “It’s been hard graft. Now, people are looking at the Tories and wondering what the hell they are going on about.

“This is our big chance to say very clearly: we are the party with the plans and the ideas that will work for working people.”

Like Liz Truss, Starmer has identified anaemic economic growth as the main problem facing the country. But unlike the new prime minister, he does not believe that handing the well-off massive tax cuts is the way to solve it.

Instead, next week’s conference will hear more about how Labour plan to invest £28 billion on creating green jobs, investing in infrastructure projects and making the economy more robust.

The challenge for Labour is to convince a sceptical public that their alternative is any better for the country than the Tories’.

A shadow cabinet member told HuffPost UK: “They have taken a huge risk with public finances and it looks more like a sugar rush than a growth plan.

“Governments can and do borrow, but any growth plan would have at its heart energy transition – things like insulating homes, renewables and building new nuclear – plus investment in education and skills, and business rates reform.”

A source close to Starmer added: “You’re going to see a huge contrast between Labour and the Tories over the next couple of weeks. It’s going to be stark.

“The Tories are talking about a load of stuff that is either old hat and has failed for 12 years or just totally alien to the public. We are going to be talking about what matters – practical, common sense solutions. I think it’ll be really surprising for people to see that contrast.”

While Starmer has succeeded in marginalising the left, he won’t have it all his own way in Liverpool.

A motion calling for Labour to back proportional representation, which is backed by the major trade unions, is expected to be passed by delegates.

Their cause was helped by this week’s British Social Attitudes survey, which showed that a majority of voters – including 61 per cent of Labour supporters – now back PR.

But one senior Labour figure said: “We’re intensely relaxed about this. There are many things keeping me awake at night: the vote on PR is not one of them.”

Another bone of contention is the conference slogan: Fairer Greener Future.

One senior frontbencher said: “They’ve been telling shadow cabinet for a year that everything has to be focused on getting Tory voters. And then with a few days to go until conference, suddenly we are supposed to be eco warriors. No one has a clue where it’s come from.”

These quibbles will be forgotten about, however, if Starmer manages to pull it out of the bag on Tuesday.

“It’s his big moment to connect with the British people and show that he gets it,” said one ally. “He gets what people are getting through. He gets what needs to be done. I think he’ll pass that test with flying colours.”