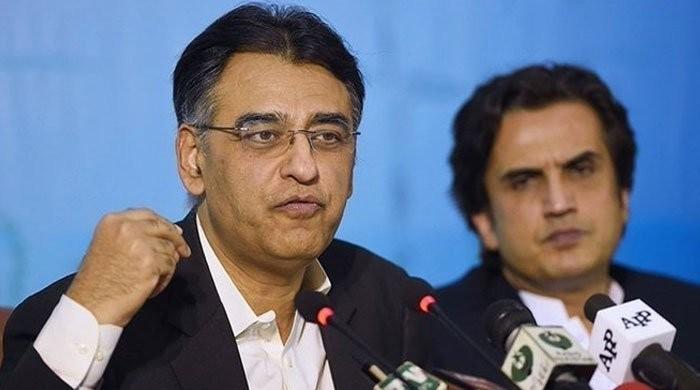 ISLAMABAD: The federal government is committed to the development of Balochistan, especially the southern areas of the province, Minister for Planning Development and Special Initiatives, Asad Umar said Sunday.

Umar’s comments came after he arrived in Khuzdar on a two-day visit to the southern districts of the province.

The federal minister’s visit comes two days after Prime Minister Imran Khan came to the province and said that Umar will hold consultations on a special package for the development of South Balochistan.

During the visit, the ministers were briefed about the on-going development projects in the Kalat Division.

The ministers visited various sites in Khuzdar and Awaran.

The planning minister said that the allocations of over Rs80 billion in the Public Sector Development Programme (PSDP) during the current year, were a reflection of the Centre’s commitment to the province.

Umar said that the government would ensure that the budgeted funds were fully and effectively utilised.

The visit is a part of the governmentâ€™s efforts to design and implement a development plan for southern Balochistan, to improve the standard of living of the people of these districts.

The federal and provincial governments are working closely together on the plan, which is likely to include infrastructure improvements, like roads, small dams, IT connectivity, interventions for increasing agricultural, and horticultural opportunities.

Setting up fruit processing industries as well as skill development centres is also a part of the plan.

Proposals for attracting private sector involvement are also being considered.

The delegation will also visit Turbat and Gawadar.