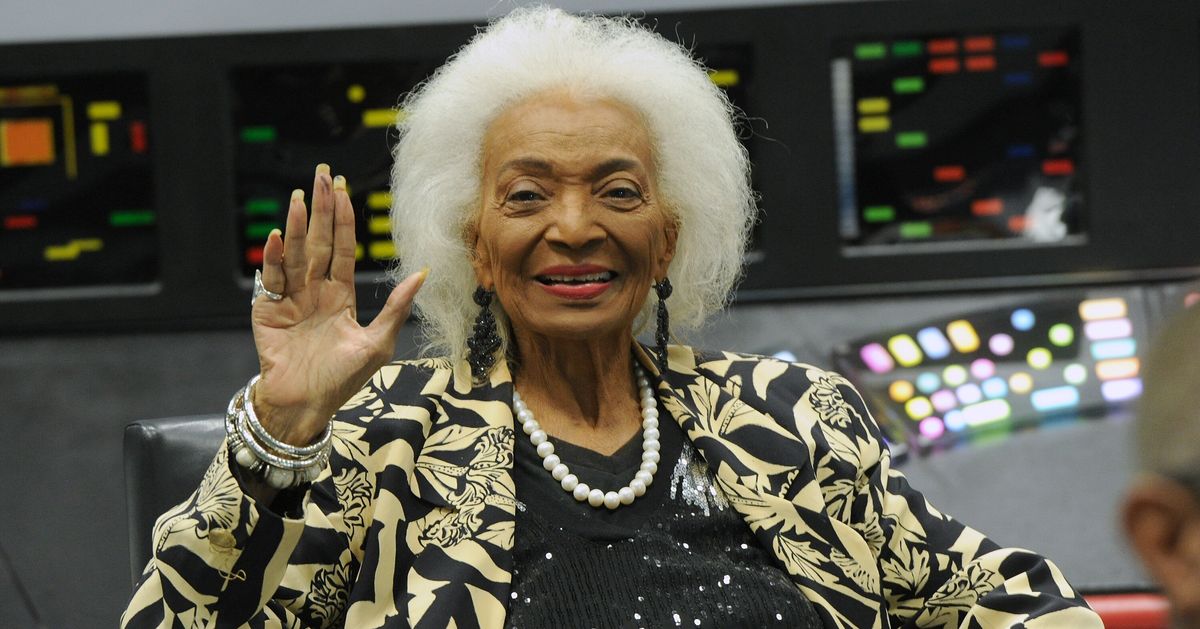 Humans have honored their dead for centuries with burials at sea, but Nichelle Nichols belongs to the stars.

Nichols, the “Star Trek” actor, died last month in Silver City, New Mexico, at age 89. Private spaceflight company Celestis Inc. announced Friday that part of her ashes and a DNA sample will travel up to 186 million miles aboard its Vulcan rocket, which was named in honor of another “Star Trek” character.

“We are truly honored to add a legendary actress, activist, and educator to the Enterprise Flight manifest,” wrote Celestis CEO Charles M. Chafer. “Now our Enterprise Flight will have on board the person who most completely embodied the vision of Star Trek as… diverse, inclusive, and exploring the universe.”

Celestis has sent cremated remains into space since the 1990s, according to Rolling Stone.

Nichols broke barriers with her role as Nyota Uhura in the original “Star Trek” series and films, becoming instrumental in the fight for Black representation on screen.

Her kiss with white “Star Trek” colleague William Shatner in a 1968 episode was the first interracial kiss on American television, according to NBC News. Nichols also inspired Mae Jemison to become an astronaut, with Jemison becoming the first Black woman in outer space in 1992.

“Her role on Star Trek was as significant as it was legendary,” wrote Celestis in the statement. “Ms. Nichols was the first black woman in a leading role in a network television series to portray a character that was not shackled by the stereotypes of Hollywood’s past.”

Nichols’ son Kyle Johnson told the Los Angeles Times that he decided a spaceflight destination for the ashes was an “appropriate memorial for her.” He said that the stars are “where she belongs” and that he will provide a DNA sample of his own to accompany her on the voyage — which some of her late friends have already undertaken.

Celestis launched the remains of “Star Trek” creator Gene Roddenberry and those of his wife to orbit on the Columbia shuttle in 1992. James Doohan, who played Montgomery Scott on “Star Trek,” and visual effects icon Douglas Trumbull also had their remains sent to space, according to AV Club.

The upcoming Enterprise Flight, however, will go where no man mentioned above has gone before. Set to launch later this year from Cape Canaveral, Florida, it will take more than 200 capsules containing ashes, messages and DNA samples on an infinite journey through the stars.

“My only regret is that I cannot share this eternal tribute standing beside my mother at the launch,” wrote Johnson.

Those willing to participate in the memorial can add their names and messages to the Celestis Enterprise Flight portal — and have their digitized tributes accompany Nichols aboard.