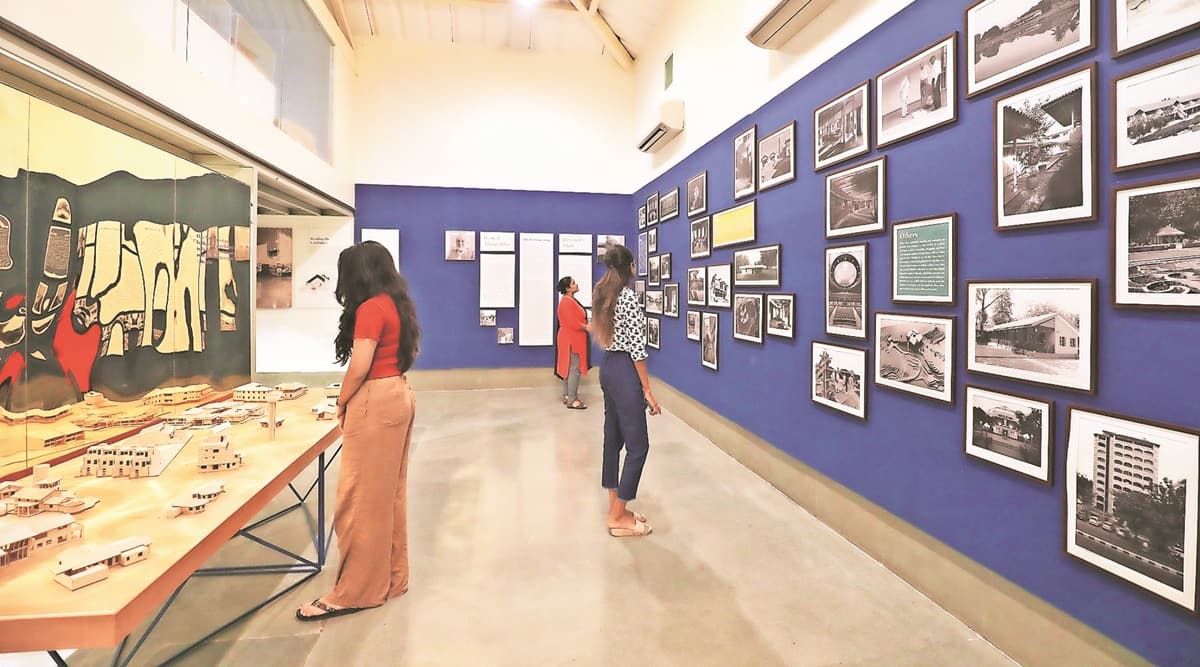 What did Law Garden look like on the drawing board? CEPT archives take a trip down memory lane into the first drawings by city-based architect Kamal Mangaldas and structural engineer Devendra Shah, who built what is now famous as the Law Garden, from a dumpyard. Their drawings and models are now on display at the One is to One exhibition.

Law Garden is a hangout place for students by day, and gets its name because of the Law College located on the same street. It has a public park whose one outer side turns into a bazaar for ethnic wares by night and another into a hub for street food.

Every evening, the area around Law Garden turns into a lively shopping hub of local garments, ethnic jewellery, décor items, handicrafts, and local cuisine. The garden was re-developed in 1988 with the partnership of architect Mangaldas and structural engineer Shah who had during their association of 45 years contributed to the city through multiple public projects.

Through the design of the park, the partners attempted to create an urban space for the city which incorporated the usage of both formal and informal sectors.

The partners came up with a design that requires minimal maintenance around the year.

Law Garden sets a perfect example where the designers made a conscious effort to prioritise the needs of the city before everything else and the result was an inclusive space for all sections of society, says Mangaldas’ nephew Shodhan. “Not only focussing on one section of society like senior citizens or children or morning walkers, Law Garden has taken into account everyone including street hawkers too. Mangaldas believed that the park should provide recreational spaces for people of all ages, from all sections of society. They designed gathering spaces and walking paths for senior citizens, recreational spaces for young adults, stone structures, huts, tunnels for children,” shared Shodhan.

They designed structures for street vendors giving them a proper designated space that was lacking before, Shodhan recalls “He (Mangaldas) said why to ask them to leave but incorporate them as a part of Law Garden. Small things like giving them a metal structure which the vendors can use either tarpaulin or other material as roof, hooks to hang their stuff, holder for light bulb which they can remove when closing to avoid theft. Such minute details were kept in mind. Mangaldas has even suggested changes in the bye-laws of designing parks for better incorporation of vendors,” he said.

Along with Law Garden, over 400 works of Kamal Mangaldas and Devendra Shah are archived at CEPT Archives that has organised an exhibition “One is to One” inaugurated Monday.

Curated by Kartikeya Shodhan and designed by architect Rishav Jain, the exhibition is currently on display at CEPT Archives Gallery.

After Mangaldas and Shah split from their 45-year partnership in 2006 Mangaldas practised with architect Kartikeya Shodhan from 2008 onwards as Shah went on to establish his own design practice.

For the Garden projects, they also worked closely with Keshav Varma, then AMC commissioner, and Surendra Patel from AUDA.