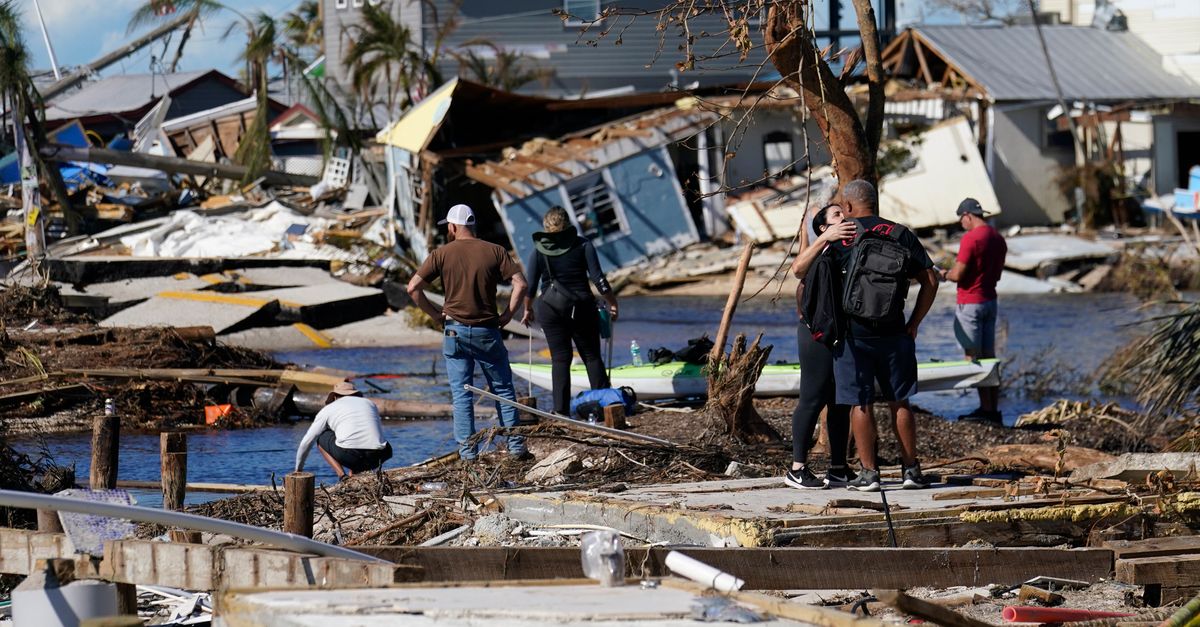 Days after Hurricane Ian carved a path of destruction from Florida to the Carolinas, the dangers persisted, and even worsened in some places. It was clear the road to recovery from this monster storm will be long and painful.

And Ian was still not done. The storm doused Virginia with rain Sunday, and officials warned of the potential for severe flooding along its coast, beginning overnight Monday.

Ian’s remnants moved offshore and formed a nor’easter that is expected to pile even more water into an already inundated Chesapeake Bay and threatened to cause the most significant tidal flooding event in Virginia’s Hampton Roads region in the last 10 to 15 years, said Cody Poche, a National Weather Service meteorologist.

The island town of Chincoteague declared a state of emergency Sunday and strongly recommended that residents in certain areas evacuate. The Eastern Shore and northern portion of North Carolina’s Outer Banks were also likely to be impacted.

At least 68 people have been confirmed dead: 61 in Florida, four in North Carolina and three in Cuba.

With the death toll rising, Deanne Criswell, administrator of the Federal Emergency Management Agency, said the federal government was ready to help in a huge way, focusing first on victims in Florida, which took the brunt of one of the strongest storms to make landfall in the United States. President Joe Biden and first lady Jill Biden plan to visit the state on Wednesday.

Flooded roadways and washed-out bridges to barrier islands left many people isolated amid limited cellphone service and a lack of basic amenities such as water, electricity and the internet. Officials warned that the situation in many areas isn’t expected to improve for several days because the rain that fell has nowhere to go because waterways are overflowing.

Fewer than 700,000 homes and businesses in Florida were still without electricity by late Sunday, down from a peak of 2.6 million.

Criswell told “Fox News Sunday” that the federal government, including the Coast Guard and Department of Defense, had moved into position “the largest amount of search and rescue assets that I think we’ve ever put in place before.”

Still, recovery will take time, said Criswell, who visited the state Friday and Saturday to assess the damage and talk to survivors. She cautioned that dangers remain with downed power lines in standing water.

More than 1,600 people have been rescued statewide, according to Florida’s emergency management agency.

Rescue missions were ongoing, especially to Florida’s barrier islands, which were cut off from the mainland when storm surges destroyed causeways and bridges.

The state will build a temporary traffic passageway for the largest one, Pine Island, DeSantis said Sunday, adding that an allocation had been approved for Deportment of Transportation to build it this week and construction could start as soon as Monday.

“It’s not going to be a full bridge, you’re going to have to go over it probably at 5 miles an hour or something, but it’ll at least let people get in and off the island with their vehicles,” the governor said at a news conference.

Coast Guard, municipal and private crews have been using helicopters, boats and even jetskis to evacuate people over the past several days.

Ben Bertat found 4 inches (10 centimeters) of water in his house by Lake Harney after kayaking there.

“I think it’s going to get worse because all of this water has to get to the lake” said Bertat, pointing to the water flooding a nearby road. “With ground saturation, all this swamp is full and it just can’t take any more water. It doesn’t look like it’s getting any lower.”

Elsewhere, power remained knocked out to at least half of South Carolina’s Pawleys Island, a beach community roughly 75 miles (115 kilometers) up the coast from Charleston. In North Carolina, the storm downed trees and power lines.