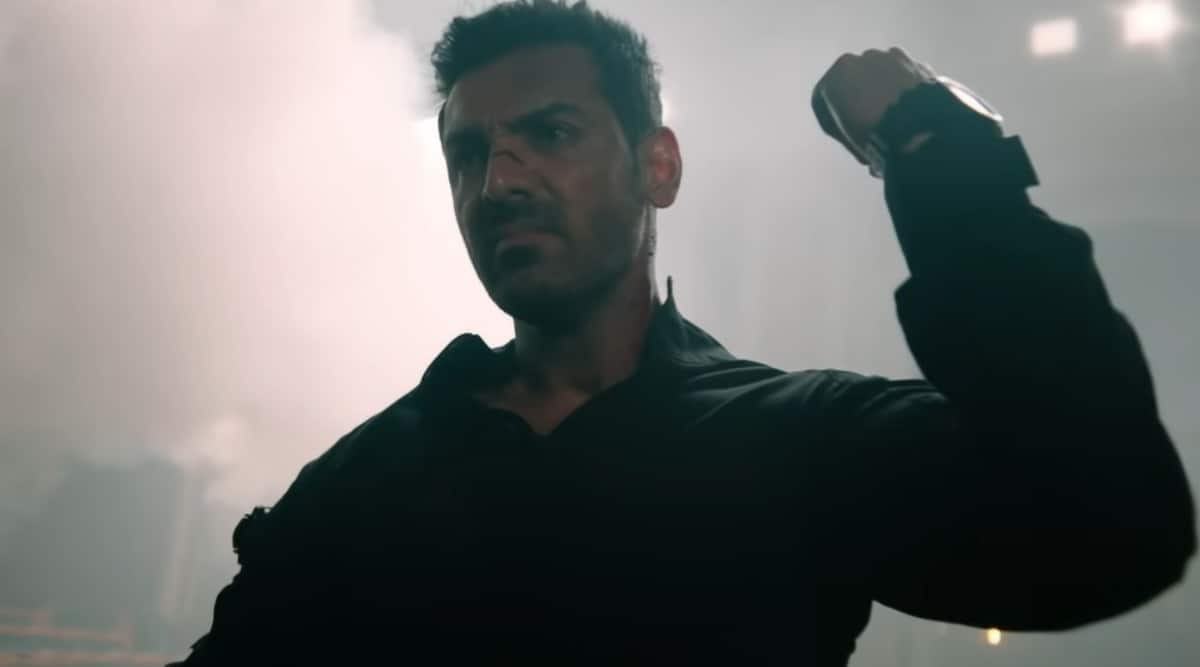 Attack is set to bring alive a world where future wars will be fought on technology and artificial intelligence. Keeping to its promise, the trailer opens with John attempting some daredevil stunts, while being monitored by artificial intelligence. Through the 2.30 minute video, we get to see that Johnâ€™s character has volunteered for a one-of-a-kind experiment with cameras and mics fit into his body, to make him the â€˜super soldierâ€™. We also get a sneak peek into his romantic life as he flirts with a giggling Jacqueline mid-air, and mouths some â€˜cheesy linesâ€™. Over the last few years, John has turned out to be a modernised patriot with his films and Attack seems to fit the bill.

Last week, the team launched the music album of Attack at IIT Mood Indigo. Apart from the leading cast, music composer Shashwat Sachdev performed with singers Jubin Nautiyal, Shreya Jain and Girish Nakod at the event. John, while hailing the evolution of technology, also interacted with the students and encouraged them.

The event also saw the team dropping the first song â€œIk tu haiâ€ from the film. Crooned by Jubin Nautiyal, the love song depicts the journey of romance from the first meeting, building chemistry that becomes an eternal love story.

Bankrolled by JA Entertainment, Attack is a brainchild of John Abraham and has been co-written by Sumit Batheja and Vishal Kapoor. It will hit screens on April 1 this year.