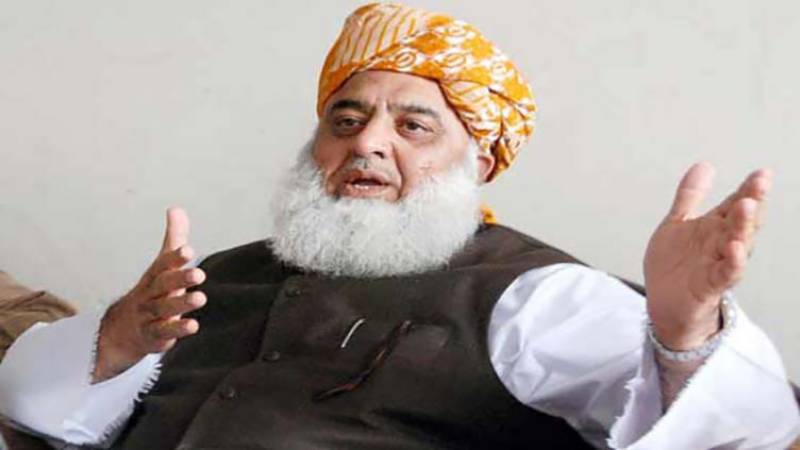 Jamiat Ulema-i-Islam-Fazl (JUI-F ) supremo and Pakistan Democratic Movement (PDM) chief Maulana Fazlur Rehman on Sunday said that the issue of the audio leak from the Prime Minister’s House is a ‘sensitive matter’.

Talking to the media, Maulana Fazlur Rehman said that he will ask Prime Minister Shehbaz Sharif to take strict action on the issue of the audio leak. Talking about PML-N leader Ishaq Dar’s return to Pakistan, Fazl said, “No one contacted me about Dar’s return”. Fazl said that the government should take advantage from of Ishaq Dar’s experience.

Taking a swipe at Pakistan Tehreek-e-Insaf (PTI) chairman and former prime minister Imran Khan, Maulana Fazl said that it has been proven that he [Imran] received funding from India and Israel while Imran turned out to be a ‘liar’ in every matter. Maulana Fazl asked Imran to tell that who is XYZ. The JUIF chief added, when we ousted Imran’s government, his [Imran’s] agenda was not completed.

Continuing to lambast former prime minister Imran Khan, Fazl said that his [Imran’s] entire politics is based on the narrative of corruption, adding that he [PTI chairman] wasted money and used institutions. Alleging that his [Imran’s] government was involved in giving confidential information about CPEC to the US, Fazl said that the PTI’s government had stopped working on CPEC as a result of which China went on to be unpleased with Pakistan as the CPEC project was one of the biggest ‘investments’ of China.