Australian Open: Rafael Nadal puts on a clinical performance to ease through to the third round 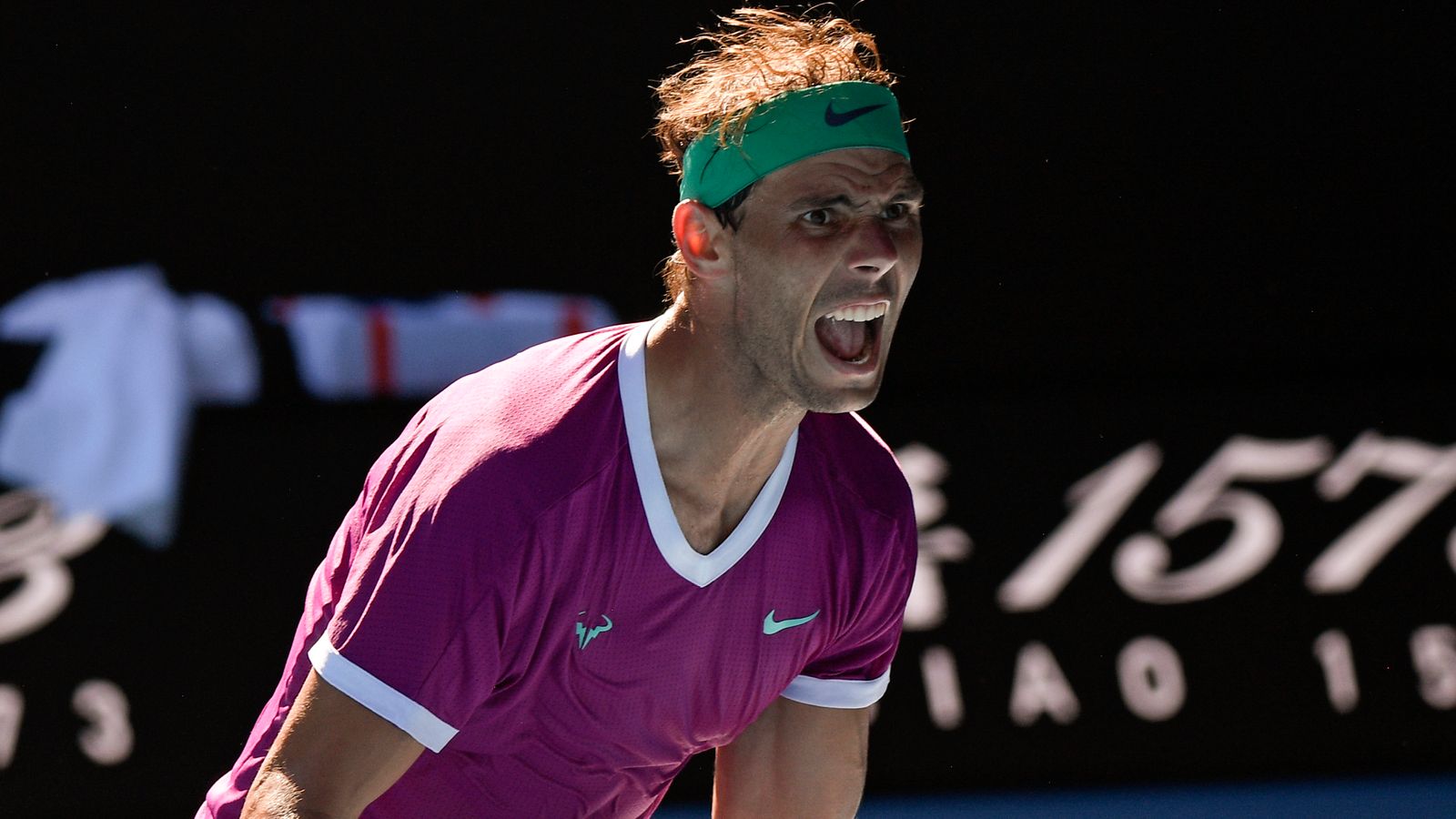 Rafael Nadal continued his quest for a 21st Grand Slam title with a straight-sets victory over German qualifier Yannick Hanfmann; up next for the sixth seed is a clash against Karen Khachanov or Benjamin Bonzi

Rafael Nadal put on a clinical performance to ease past German qualifier Yannick Hanfmann and remain on course for a record 21st Grand Slam title.

The German qualifier put up a good fight on Rod Laver Arena, including saving four match points, but Nadal took his fifth chance to clinch a 6-2 6-3 6-4 victory after two hours and 42 minutes.

Nadal is the only former champion left in the men’s draw at Melbourne Park having won the title over a decade ago in 2009.

His only previous meeting with the 126th-ranked Hanfmann came on the Roland Garros clay in 2019 when Nadal lost just six games en route to a straight-sets victory.

The 30-year-old German did slightly better on a windy day at the Rod Laver Arena, but it was not enough to trouble Nadal, who hit 30 winners and broke his opponent’s serve four times in the match while saving both break points he faced.

The sixth seed will next meet either Russian Karen Khachanov or Benjamin Bonzi of France for a place in the fourth round.

Seventh seed Matteo Berrettini overcame a minor hiccup in the second set to move into the third round with a 6-1 4-6 6-4 6-1 win over American Stefan Kozlov.

The Italian will next face 18-year-old Carlos Alcaraz, who became the youngest man to reach the third round at Melbourne Park since Bernard Tomic in 2011 after a 6-2 6-1 7-5 thrashing of Dusan Lajovic.