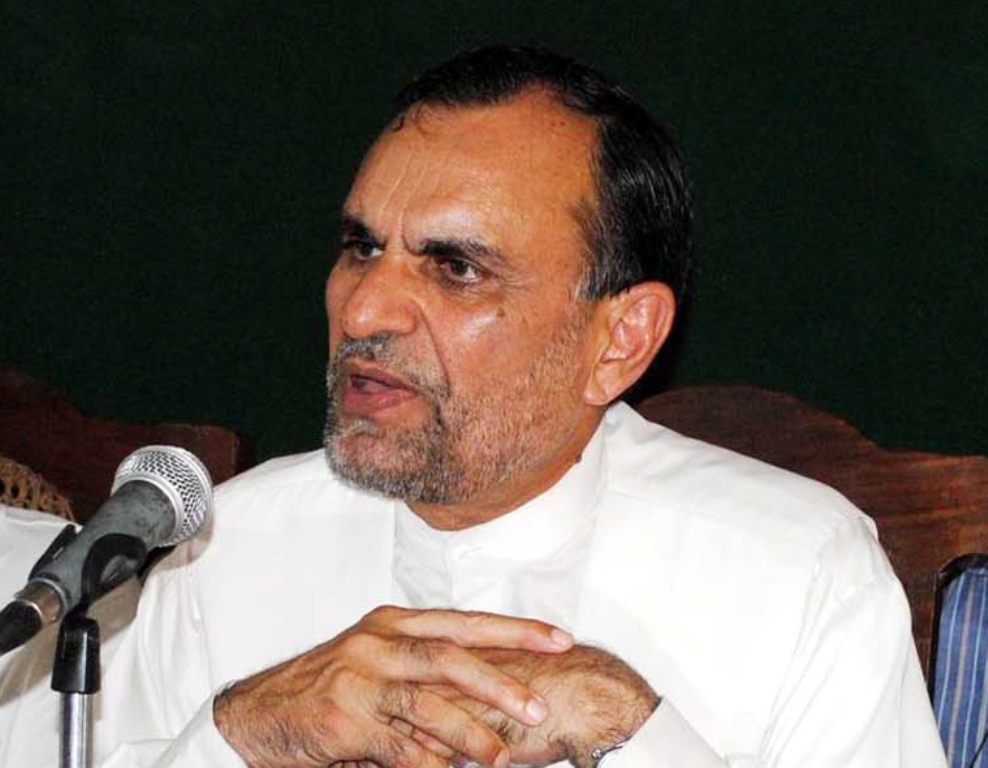 
The Islamabad High Court (IHC) on Sunday extended the remand of Pakistan Tehreek-e-Insaf (PTI) leader Azam Swati, ordering him to be produced before the court again tomorrow in the case related to his controversial tweets targetting state institutions.

The Federal Investigation Agency (FIA) brought Swati to the court following the completion of his one-day physical remand, with his lawyer Babar Awan and PTI leaders and senators also present in the courtroom.

The case was heard by Duty Magistrate Shoaib Akhtar with Swati’s tweet being read in court by the prosecutor who then proceeded to request a 14-day extension of the accused’s remand.

The prosecutor argued that an extension was required for the investigation officer to recover the PTI leader’s cell phone which was used to post the controversial tweet.

In response, the accused’s counsel then summoned his cell phone in court, while making him show his injured leg and toe to the judge.

Awan argued that his client should not be remanded further due to his injury, adding that the government should “keep an eye on Swat instead of Swati”.

The duty magistrate, however, extended the remand by one more day, handing over the accused to the FIA and directing him to appear before the court once again tomorrow.

Before his court appearance, Swati, while speaking to the media, had accused Interior Minister Rana Sanaullah and director general FIA, claiming they had registered a first information report (FIR) against him and handed him over to agencies who had tortured him.

“I will bring them forward according to the constitution. I will take DG FIA to court and will file a case against the director Cybercrime Wing and his staff as well,” he said.

“They are asking me why did I defend Senator Saifullah? He is the right-hand man of Imran Khan and an honest man. What did he do?” questioned Swati, adding that he would have stood up the same way even for an ordinary party worker as well.

An FIR, a copy of which is available with the Express Tribune, was registered against Swati by the FIA for “using false information” through his official Twitter handle, “which is likely to incite any Officer, Soldier, Sailor, or Airman in the Army, Navy or Air Force to mutiny”.

In a series of tweets on Wednesday, following the acquittal of Prime Minister Shehbaz Sharif and his son Hamza Shehbaz in the high-profile money laundering case, the PTI leader implicated the army for abetting acquittals of the Sharif family.

“I wish Imran khan allow[s] me, I would come straight to Gate 4 in Rawalpindi to challenge those who have ruined this country,” he said.

How long imported govt and its criminals and their Masters 5-6 in establishments are going to play with the future of our Nation ? Have your heard Atizaz ? I wish Imran khan allow me I would come straight to Gate 4 in Rawalpindi to challenge those who have ruined this country pic.twitter.com/Q7EVJkj94g

“Mr Bajwa congratulations to you and few with you. Your plan is really working and all criminals are getting free at cost of this country,” he added.

Mr Bajwa congratulations to you and few with you . Your plan is really working and all criminals are getting free at cost of this country . With these thugs getting free You have legitimise corruption . How you predict now the future of this country ? pic.twitter.com/uZgHQjZ7lJ

The case was registered under Section 20 of the Prevention of Electronic Crimes Act (PECA) and section 109 of the offense of aiding and abetting.