Babies may use saliva sharing to figure out relationships 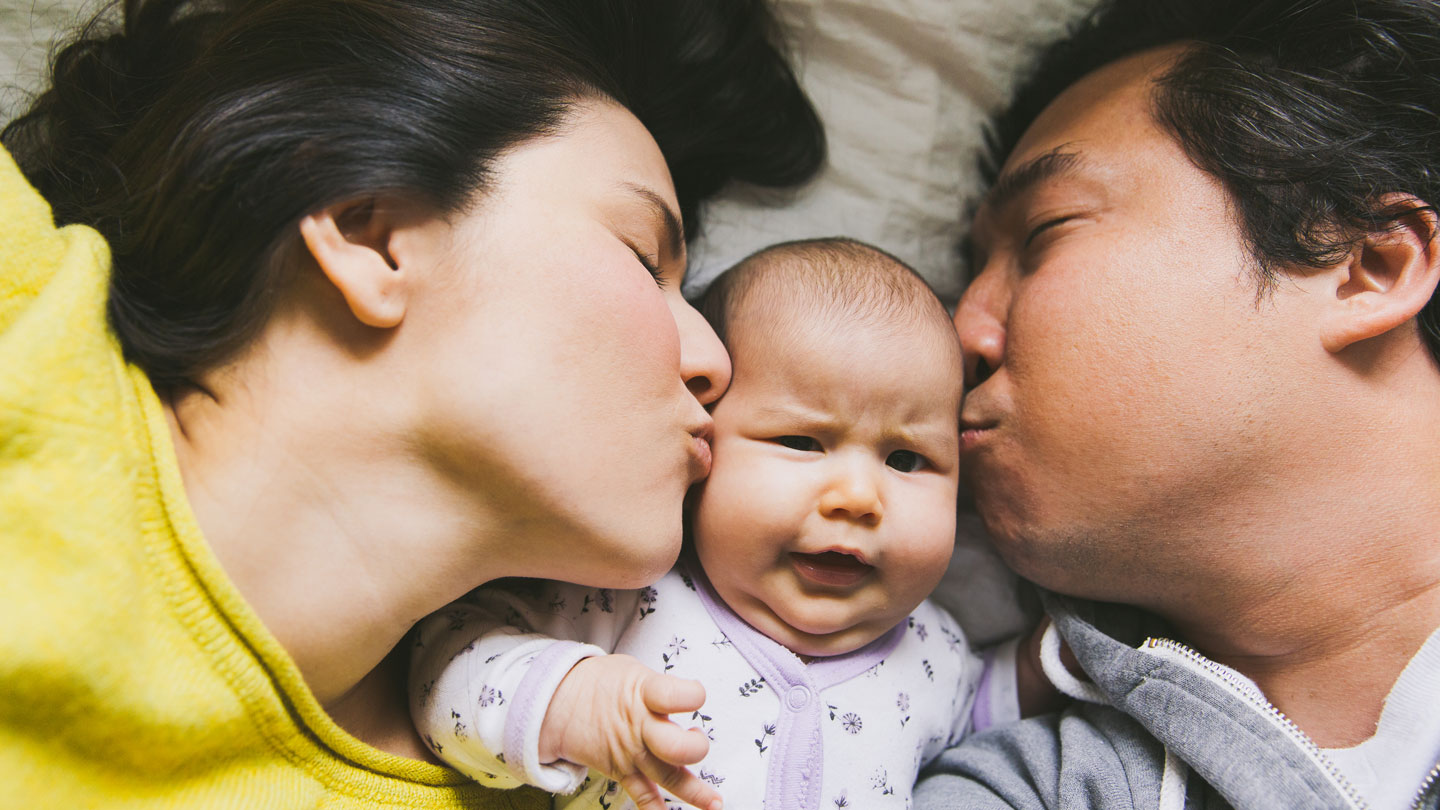 Young children are always watching. That includes when people swap spit through actions like sharing food â€” helping the tots work out who is in close relationships with one another, a study suggests.

Typically, people are more likely to share things that can lead to an exchange of saliva, such as kisses or an ice cream cone, with family members or close friends than with an acquaintance or colleague. As a result, intimate actions that share saliva can be markers of a â€œthick relationship,â€ or people who have enduring attachments to each other, such as parents, siblings, extended family or best friends, says Ashley Thomas, a developmental psychologist at MIT.

Young children often pick up on social cues from the people around them (SN: 1/30/14). So to see if kids, including babies and toddlers, might use saliva sharing as a cue for intimate bonds, Thomas and colleagues turned to experiments of people engaging with puppets.

When shown a puppet seemingly crying in a video, children as young as about 8 months old were more likely to look at an adult who had previously shared saliva with the puppet â€” either directly or by sharing food â€” rather than another adult who hadnâ€™t, the team reports in the Jan. 21 Science.

Researchers, of course, canâ€™t know exactly what babies are thinking. But tracking where they look is one way to get a hint. The idea is not that young children might be expecting an adult to comfort the puppet, Thomas says. Instead, the researchers expected that the young children would look toward the person that they expect to move first when the puppet expresses distress, and that would be the person who has a closer relationship with the toy, she says.

For some of the experiments, the team showed 8- to 10-month-old babies or 16- to 18-month-old toddlers videos of a woman sharing an orange slice with a puppet. A second video depicted another woman and the puppet playing with a ball. During a final video that showed the puppet seemingly crying while seated between the two women, the kidsâ€™ eyes were drawn to the woman who had shared the orange slice â€” a sign the tots may have been expecting her to react.

The team saw similar results when one woman interacted with two puppets. The woman stuck her finger in her mouth and then one puppetâ€™s mouth to share her saliva. For the other, she touched only her forehead and then the puppetâ€™s forehead. Infants and toddlers spent more time looking at the puppet that had swapped saliva after the woman showed distress.

Older children ages 5 to 7 years also picked up on saliva sharing as a mark of close relationships. Kids in that age group predicted that people sharing utensils or bites of food might be family while those sharing toys or divvying up food could be either friends or family.

Itâ€™s unclear how the findings relate to the daily lives of young children. Future experiments could switch out actresses in the study for family members or teachers to better understand the role saliva may play in how infants and toddlers distinguish different types of relationships. Other cues, such as hugging, may also play a role, Thomas says.

The study also focused only on children living in the United States, and didnâ€™t compare across cultures. Still, the findings are exciting, says Darby Saxbe, a clinical developmental psychologist and co-director of the University of Southern California Center for the Changing Family in Los Angeles. It would be interesting, she says, to figure out whether kids from groups of people that have different hygiene or eating traditions react differently in the same situations.