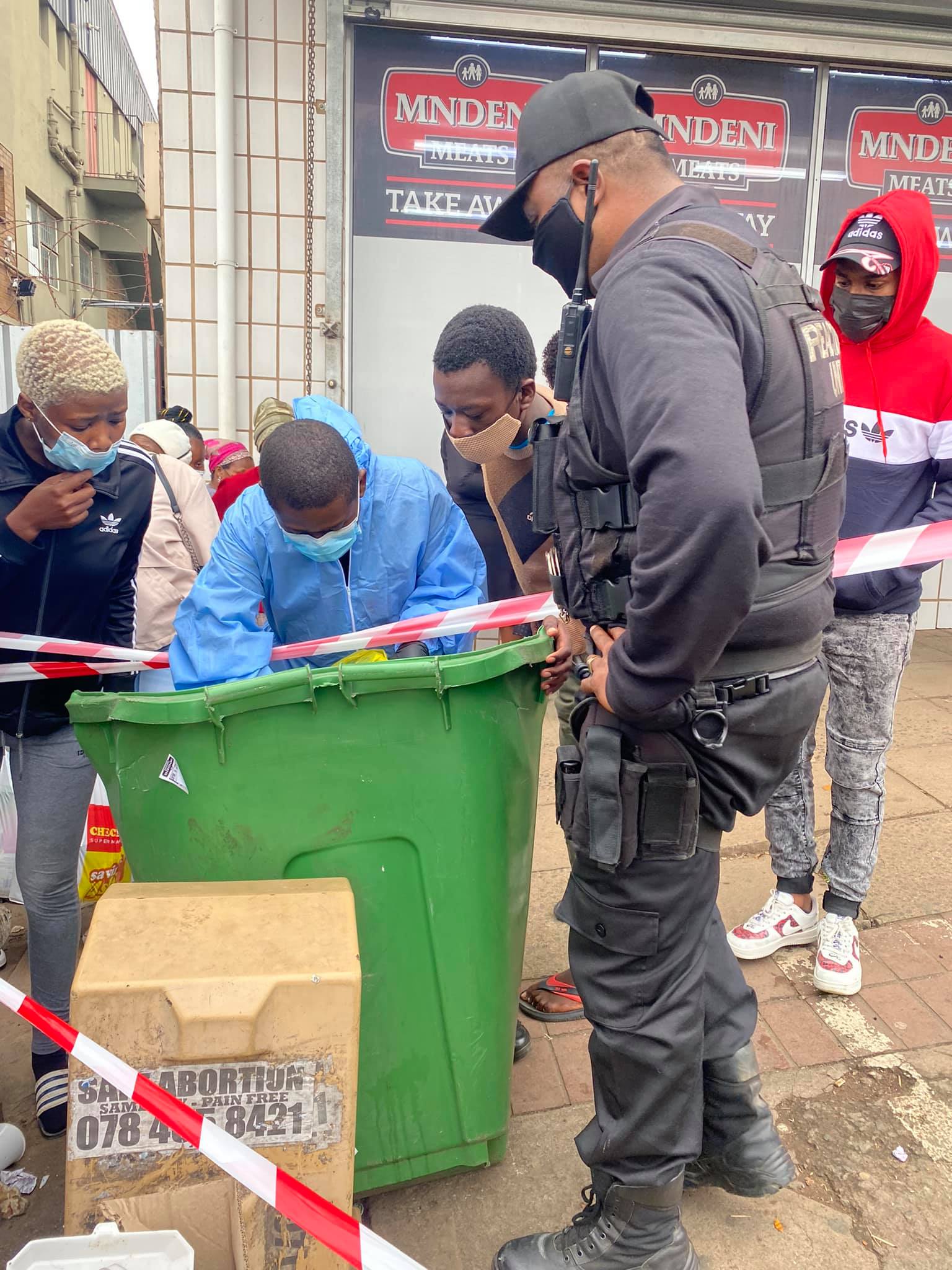 A baby boy was found dead on Saturday wrapped up in bloodied tissue and dumped in a dustbin in Verulam.

THE LITTLE BODY WAS WRAPPED UP IN BLOODIED TISSUE

Reaction Unit South Africa (RUSA) spokesperson Prem Balram said their team was busy on a scene on Ireland Street in the Verulam CBD, KZN, after the body of a baby boy was discovered in a bin.

“RUSA received a call from a local business requesting assistance after the discovery was made.

“The caller was unable to confirm if the child was alive or deceased. Reaction Officers and Medics were immediately dispatched.”

He said on arrival, paramedics discovered the baby wrapped in bloodied tissue inside a yellow packet.

“The packet was dumped in a bin along a busy pathway. The placenta was not located in the packet.”

Balram said the baby was declared dead on the scene.

ER24 spokesperson Ross Campbell, paramedics were called to the scene by EMPD at 9:16 on Sunday after the son of a local fisherman discovered the newborn in the shallow water, close to shore.

“The newborn unfortunately showed no signs of life and was declared dead on arrival.

“The scene was then handed over to the South African Police Services for investigation.”

DESPERATE MOTHERS URGED NOT TO DUMP THEIR BABIES

“Abandonment of infants in South Africa is, unfortunately, a common occurrence,” The Door of Hope organisation said.

“Many of these children are left to die, or simply abandoned, in dustbins, open fields, public toilets, or on train tracks.”

The organisation that something needed to be done.

The moment a baby is placed, care workers on duty receive an electronic signal alerting them. The baby is taken in and the anonymity of the “donor” is ensured.