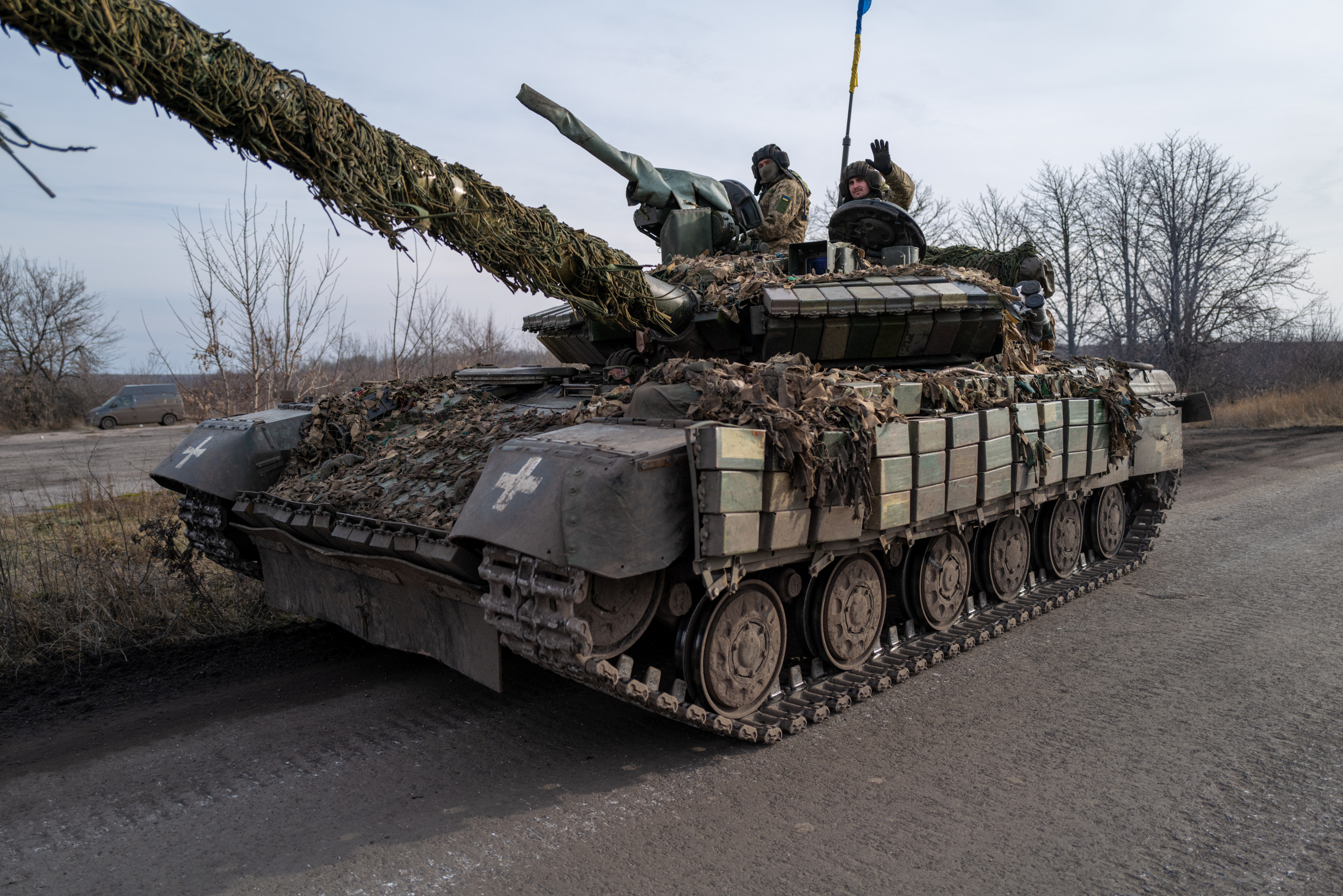 The battle for Bakhmut in Ukraine’s Donetsk region continues to rage, six months after Russia poured its troops into the small city, which is likely only to present a symbolic victory for President Vladimir Putin if captured.

Russian forces, led mainly by fighters with the notorious paramilitary unit, the Wagner Group, have been attempting to capture Bakhmut since July.

Russia on January 17 announced the capture of Soledar, a small town located nine miles north of Bakhmut, and a few days later it spoke of the “liberation” of the village of Kleshcheevka in the Bakhmut district.

Since then, Russian and Ukrainian forces have continued to clash, with the situation in Bakhmut largely unchanged and the city remaining in control of the Ukrainian Armed Forces.

The Institute for the Study of War (ISW), a U.S.-based think tank, said on Monday that Russian forces had been continuing ground attacks around Bakhmut over the past couple of days.

The Ukrainian General Staff reported that Ukrainian troops repelled Russian attacks on Bakhmut itself; northeast of Bakhmut near the villages of Verkhnokamianske, Bilohorivka, Krasna Hora, Vyimka, Rozdolivka and Paraskoviivka; and west of Bakhmut near Stupochky.

The ISW observed that Russian milbloggers have claimed Wagner Group forces are operating southwest of Bakhmut in the Klishchiivka area “in order to push towards Ivanivsk and cut the Ukrainian T0504 Kostyantynivka-Chasiv Yar-Bakhmut ground line of communication (GLOC).”

The Ukrainian State Border Guards Service meanwhile has reiterated that Ukrainian forces control the majority of Bakhmut itself and are conducting successful counterattacks to regain lost positions in the area.

“A Russian milblogger claimed that Wagner Group forces are advancing in urban areas on the eastern and southern outskirts of Bakhmut,” the think tank said in its daily update of the Ukraine war. “Geolocated combat footage posted on January 22 confirms that Russian troops have occupied the northern part of Opytne on the southern outskirts of Bakhmut.”

According to the Kyiv Independent, Russian forces are advancing slowly in the area, by some few dozen or a few hundreds meters a day.

According to Ukrainska Pravda, 90 percent of Bakhmut’s residents have fled, with the 8,000 who remain subject to daily fire.

Ukrainian soldiers have been recording videos over the past few months to show the situation on the ground, and the extent of the damage.

Russian state TV meanwhile interviewed a Russian soldier in Bakhmut who claimed that the Russian military has almost entered Bakhmut, and is close to encircling the city.

“At some points they leave and abandon their positions. There are many cases like this. At some points, they began to surrender. They understand that a force has come that will punish them,” the solider was quoted by the the Zvezda TV channel as saying.

Ukrainian President Volodymyr Zelensky has described the battle in Bakhmut as “madness.” “Everything is completely destroyed. There is almost no life left,” he said on January 9.

Newsweek has contacted the foreign ministries of Ukraine and Russia for comment.

Do you have a tip on a world news story that Newsweek should be covering? Do you have a question about the Russia-Ukraine war? Let us know via worldnews@newsweek.com.