Barack Obama: John Lewis ‘Risked His Life’ So This Nation Could ‘Live Up To Its Promise’ 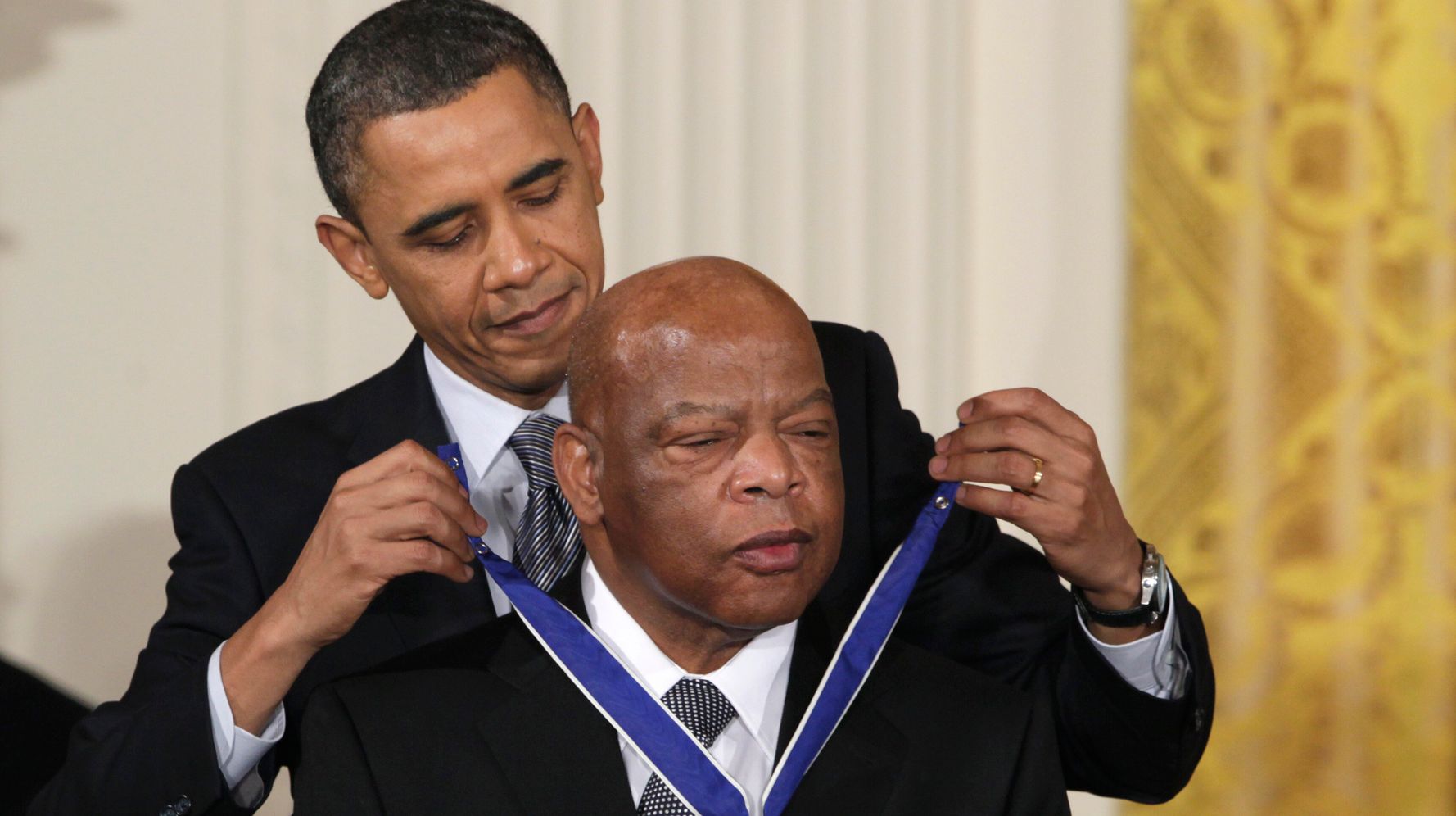 Rep. John LewisÂ battled tirelessly for civil rights inspired by a faith that humanity yearns to do whatâ€™s right, former president Barack Obama wrote in a moving tribute Friday to his friend.

â€œHe loved this country so much that he risked his life and his blood so that it might live up to its promise,â€ Obama wrote after Lewisâ€™s death from pancreatic cancer. â€œAnd through the decades, he not only gave all of himself to the cause of freedom and justice, but inspired generations that followed to try to live up to his example.â€

He â€œembraced the principles of nonviolent resistance and civil disobedience as the means to bring about real change â€” understanding that such tactics had the power not only to change laws, but to change hearts and minds as well,â€ added Obama,Â who in 2011 awarded the congressman ithe nationâ€™s highest civilian honor â€” the Presidential Medal of Freedom.Â

And though he was exceptional, Lewis always believed that everyone could do exactly what he did, Obama recalled.

â€œHe believed that in all of us, there exists the capacity for great courage, a longing to do whatâ€™s right, a willingness to love all people, and to extend to them their God-given rights to dignity and respect,â€ Obama wrote.

â€œAnd itâ€™s because he saw the best in all of us that he will continue, even in his passing, to serve as a beacon in that long journey towards a more perfect union.â€

Obama said that after he became an Illinois senator, he told Lewis he was standing â€œon his shouldersâ€ because of the congressmanâ€™s struggles for civil rights.

â€œWhen I was elected President of the United States, I hugged him on the inauguration stand before I was sworn in and told him I was only there because of the sacrifices he made,â€ Obama noted.

Lewis and Obama last shared a public forum with activists helping to organize Black Lives Matter marches in the wake of the brutal death of George Floyd during an arrest in Minneapolis.

â€œHe could not have been prouder of their efforts â€” of a new generation standing up for freedom and equality, a new generation intent on voting and protecting the right to vote, a new generation running for political office,â€ Obama wrote. â€œI told him that all those young people â€” of every race, from every background and gender and sexual orientation â€” they were his children.