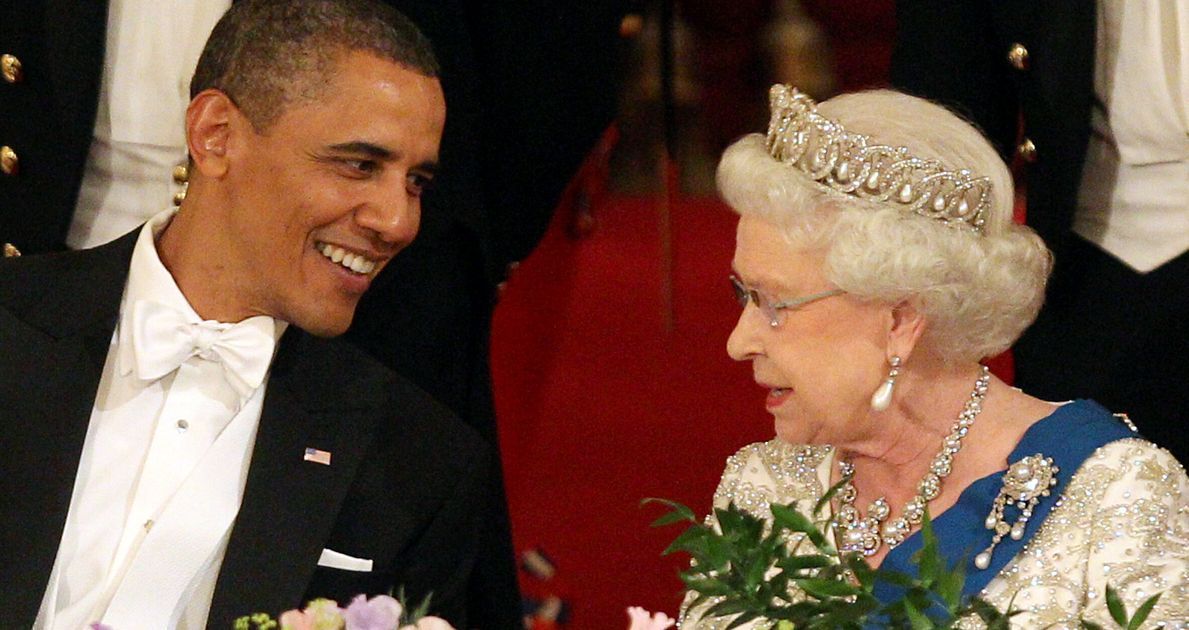 Barack Obama said Monday that he and his wife, Michelle Obama, were “lucky enough to know” Queen Elizabeth, whose state funeral took place the same day in London.

“Back when we were just beginning to navigate life as President and First Lady, she welcomed us to the world stage with extraordinary generosity,” the former president wrote on Twitter. “Our thoughts are with the Royal Family and those mourning her passing.”

Earlier this year, the BBC released a video clip of Obama sharing some of his favorite memories of the monarch, who he said “reminded me very much of my grandmother.” Obama included the video in his message on Monday.

He said she was “very gracious” and also had a “no-nonsense, wry sense of humor.” During their first visit together, Obama said the monarch “could not have been more kind of thoughtful to me or Michelle.”

The former president also recalled a sweet moment between the families, when the queen invited Michelle and the couple’s daughters, Sasha and Malia, to tea.

“She then offered the girls to drive in her golden carriage around the grounds of Buckingham Palace,” he said. “It was the sort of generosity and consideration that left a mark in my daughter’s lives that’s still there.”

To see more photo from Queen Elizabeth’s funeral, see below:

The Duke of Sussex stands next to King Charles III, Princess Anne and Prince William as they salute.

Yeoman of the Guard at Westminster Abbey ahead of the State Funeral of Queen Elizabeth II.

Coldstream Guards ahead of the state funeral Queen Elizabeth II on Sep. 19.

A marching band performs ahead of the funeral service for Queen Elizabeth II.

LONDON, ENGLAND – SEPTEMBER 19: (L-R) Prince George of Wales, Camilla, Queen Consort and Catherine, Princess of Wales during the State Funeral of Queen Elizabeth II at Westminster Abbey on September 19, 2022 in London, England. Elizabeth Alexandra Mary Windsor was born in Bruton Street, Mayfair, London on 21 April 1926. She married Prince Philip in 1947 and ascended the throne of the United Kingdom and Commonwealth on 6 February 1952 after the death of her Father, King George VI. Queen Elizabeth II died at Balmoral Castle in Scotland on September 8, 2022, and is succeeded by her eldest son, King Charles III. (Photo by Samir Hussein/WireImage)

Meghan, Duchess of Sussex arrives at Westminster Abbey for the state funeral of Queen Elizabeth II.

Gentlemen at Arms, the Queen’s bodyguard takes part in the state funeral service.

The Princess of Wales, the Duchess of Sussex, Prince George and Princess Charlotte arrive at the funeral.

The Princess of Wales, Princess Charlotte and Prince George arrive.

The coffin of Queen Elizabeth II with the Imperial State Crown resting on top is carried into Westminster Abbey.

The Prince and Princess of Wales, Prince George of Wales, Peter Phillips, and Zara and Mike Tindall attend the state funeral service.

Members of the royal family walk behind the coffin of Queen Elizabeth II as they leave the state funeral.

The Wales family and the Duke and Duchess of Sussex follow the coffin of Queen Elizabeth II as it is carried out of Westminster Abbey.

The Prince of Wales follows the coffin of Queen Elizabeth II, draped in a Royal Standard and adorned with the Imperial State Crown and the Sovereign’s orb and sceptre.

Prince William and Prince Harry during the State Funeral of Queen Elizabeth II at Westminster Abbey on Sep.19

The Duchess of Sussex, Camilla, Queen Consort, Prince George, the Princess of Wales and Princess Charlotte look at the coffin of Queen Elizabeth II, draped in a Royal Standard and adorned with the Imperial State Crown and the Sovereign’s orb and sceptre.

Princess Eugenie and Princess Beatrice of York are driven behind the procession of the coffin towards Buckingham Palace following the State Funeral of Queen Elizabeth II.

Princess Charlotte of Wales cries next to the Princess of Wales, Prince George and Camilla, Queen Consort at Wellington Arch after the State Funeral of Queen Elizabeth II.

The Queen’s funeral cortege borne on the State Gun Carriage of the Royal Navy travels along The Mall.

Royal Navy sailors escort the coffin of Queen Elizabeth II, draped in the Royal Standard, on the State Gun Carriage of the Royal Navy, at Wellington Arch in London.

The Queen’s corgis, Muick and Sandy, are walked inside Windsor Castle on Sep 19 ahead of the Committal Service for Queen Elizabeth II.