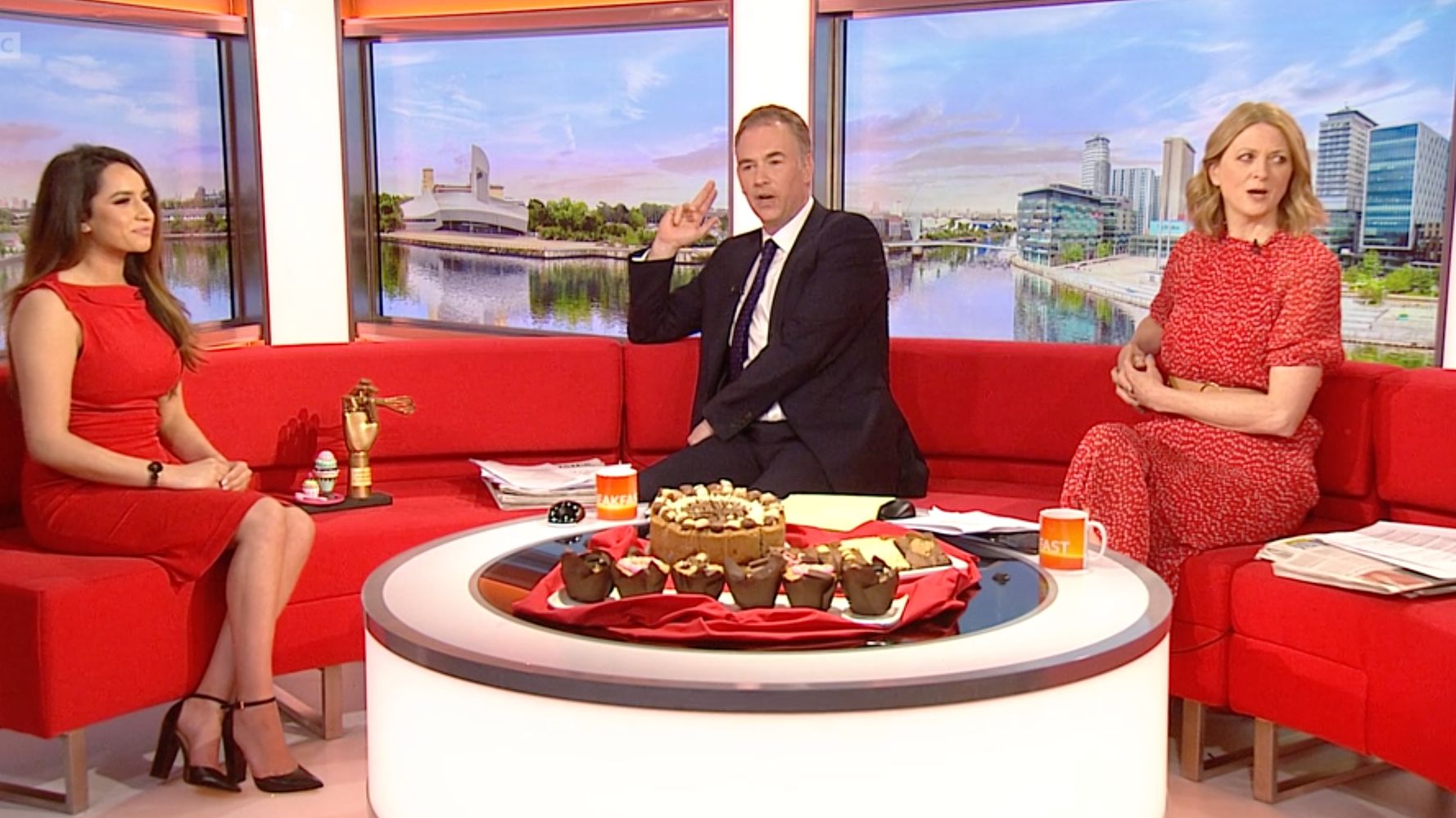 The Apprentice winner Harpreet Kaurâ€™s interview on BBC Breakfast came to an abrupt end after the show was forced off air on Saturday.

The dessert store owner was appearing on the show to discuss her recent win on the reality series, but a fire alarm went off mid-way through the chat.

Presenters Roger Johnson and Rachel Burden had to bring the show to an early close when a siren could be heard going off, before a voice instructed people to evacuate the building.

â€œIâ€™m so sorry, for the time being weâ€™re going to have to leave the studios. Weâ€™ll see if we can come back and talk about cake,â€ she said, referring to Harpreetâ€™s winning business idea.

Roger could then be heard saying: â€œWe think weâ€™ve gone off air, we donâ€™t know if youâ€™re watching,â€ before a title card then appeared.

Having fallen off air just shortly before the start of Saturday Kitchen at 10am, the show did not return to BBC One.

The Apprentice star Lord Sugar, who awarded Harpreet a Â£250,000 investment into her business after winning the final of the series on Thursday, later joked about the incident on Twitter.

â€œI hope the fire alarm didnâ€™t go off because Harpreet left another batch of cakes in the oven,â€ he tweeted.

It turned out to be a false alarm and the BBC later tweeted that everyone was â€œsafe and is back in the building.â€

Thanks for all the messages about the fire alarm that interrupted the end of this morningâ€™s programme.
Everyone is safe and is back in the building.

BBC Breakfast airs daily at 6am on BBC One and BBC News. The Apprentice is available to watch on BBC iPlayer.