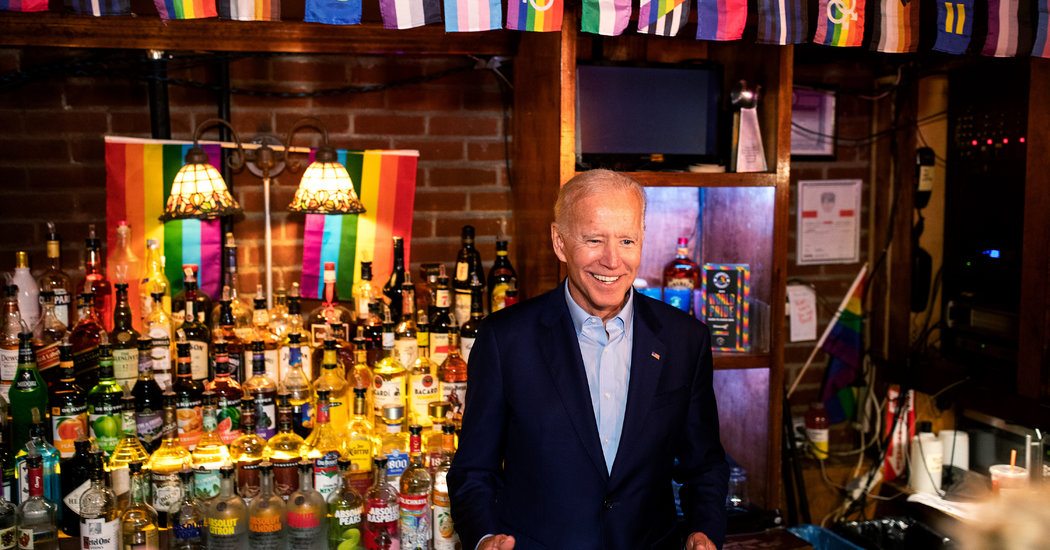 Mr. Griffin, the political consultant, said he was not bothered by the Defense of Marriage Act vote that, he noted, was â€œ25, 26 years ago, when I was 19 years old and still in the closet.â€

â€œJoe Biden has had 25 years since then to establish his own record and legacy,â€ he said. â€œI do not think that anyone can define Joe Biden by a vote 25 years ago when he has literally spent more than a decade championing L.G.B.T.Q. rights.â€

From the first weeks after the riots at the Stonewall Inn and the start of the modern-day gay rights movement, L.G.B.T.Q. leaders called for gay and lesbians to come out in the calculation that attitudes toward gays and lesbians would change as Americans realized how many were family members, work colleagues and friends. One of Mr. Bidenâ€™s grandchildren identifies as L.G.B.T.Q., an aide said.

Ms. McBride said that Mr. Biden grieved with her after her husband died at the age of 28; Mr. Biden had just lost his own son. He has officiated at two gay weddings, including in 2017 when Henry R. MuÃ±oz III, who was then the Democratic National Committeeâ€™s finance chairman, married his husband at Mr. Bidenâ€™s home at the time in Northern Virginia.

â€œHe let me work alongside of him to push people in the administration on marriage equality, and then he married me,â€ Mr. MuÃ±oz said.

The moment that elevated Mr. Bidenâ€™s standing among gay and lesbian activists was his appearance on NBCâ€™s â€œMeet the Pressâ€ as vice president in 2012 when, in response to a question, he said he supported same-sex marriage. His response, which aides said was not calculated or planned, blindsided the White House and Mr. Obama, who had not yet staked out that position.

Given that he was a moderate Democrat with strong ties to blue-collar workers, that response changed the contours of the discussion and, in the view of many activists, emboldened other elected officials to jump on as well. Ms. Hecht-McGowan said she was campaigning in a pitched, and ultimately successful, battle on an initiative permitting same-sex marriage in Maryland.