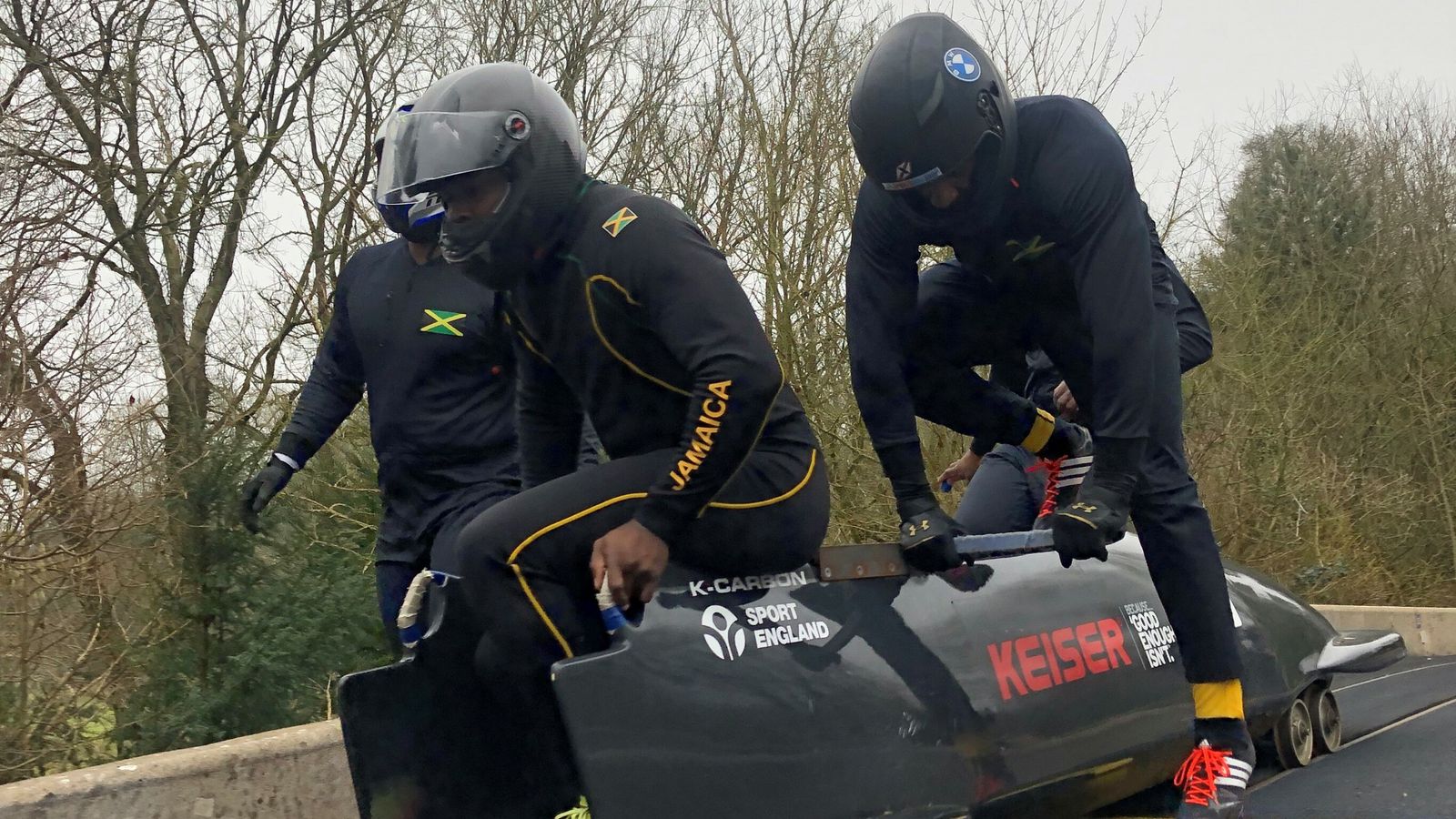 The long-awaited return of the Jamaican four-man bobsleigh team to the Winter Olympics is being jeopardised by a delay in the team receiving their official accreditation. Â Â

The team’s Olympic passes were shipped to Jamaica while they were training in Europe and have now been sent by FedEx to the UK.

However, after arriving at Stansted airport last Friday, the crucial documents have still not been released for delivery which is jeopardising the team’s chances of making their flights to Beijing from London’s Heathrow airport this Friday.

Pilot Shanwayne Stephens told Sky News: “It’s a shame that something so simple could put four years of hard work in jeopardy.

Read more: Jamaica’s bobsleigh heroes want medals and aren’t heading to the games just to make up the numbers

He added: “We would be heartbroken if we missed our flight. We would really appreciate it if the accreditation could be delivered in the coming days.”

The Jamaican quartet is made up of Stephens, Ashley Watson, Matthew Wekpe and Nimroy Turgott.

While fully committed to pursuing their Olympic dream, they do not have the kind of funding enjoyed by most of their rivals – they told Sky News they simply can’t afford to miss their flights which have cost approximately Â£20,000.

The strict COVID-19 protocols around the Winter Olympics mean that accreditation passes are even more vital than usual.

Performance director Mark Silva, who is trying desperately to get the accreditations released, told Sky News: “I’ve been chasing this for days now, all FedEx will tell me is that they have escalated the request.

“We can’t sort out the visas properly until we have the accreditations and this is properly stressful – the whole Olympic dream depends on us making that flight on Friday.”

It’s 24 years since Jamaica had a four-man bobsleigh team at the Winter Games – the very first team they entered in 1988 inspired the hit film Cool Runnings.

The 2022 team have been finalising their preparations this week on a practice track at Bath University while they wait for their accreditations.

FedEx and London Stansted airport have been approached for comment.

Read more about the Winter Olympics:

China warns UK, US and Australia will pay the price for diplomatic boycott of Beijing Games

Beijing Winter Olympics: Athletes could pay a heavy price for speaking out