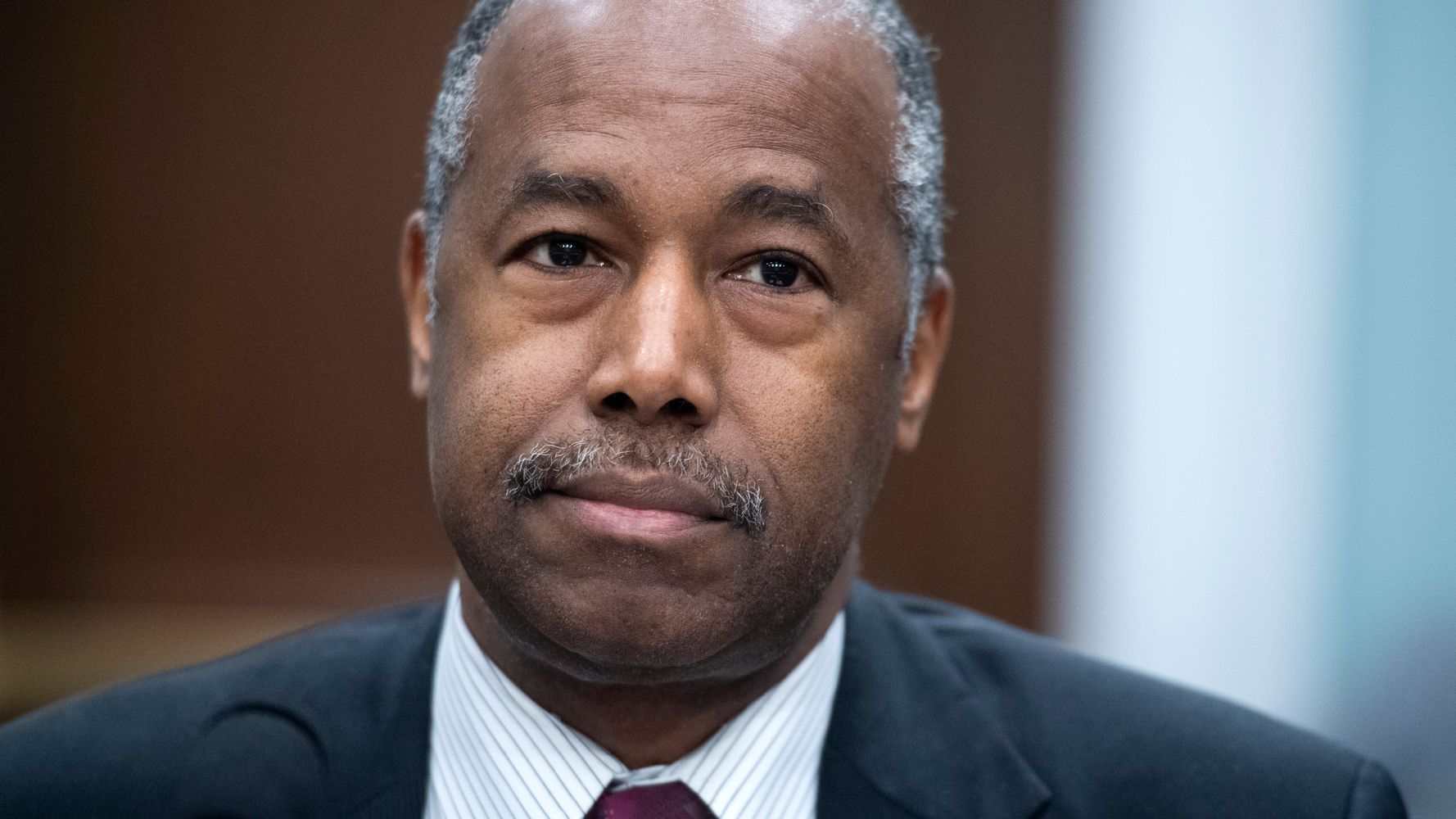 Ben Carson, President Donald Trumpâ€™s secretary of housing and urban development, on Sunday suggested that NFL players who kneel during the national anthem to protest police violence should thank the military in the process.

Carsonâ€™s comments appear to miss the point of the protests and back up his bossâ€™ disdain for them at a time when kneeling â€• a symbolic act of protest developed by former 49ers quarterback Colin Kaepernick, teammate Eric Reid and former Green Beret Nate Boyer â€• is becoming more widely accepted.

â€œIf those players were to come out and say, â€˜We love our nation. We are patriots. We love our flag. We honor the memory of those who died to give us our freedom, but we are protesting some of the brutality that has occurred, and thatâ€™s why weâ€™re doing this,â€™ I think it would solve the problem,â€Â Carson told CNNâ€™s â€œState of the Union.â€

â€œAnd I suggest they do that,â€ Carson added.

Trump â€” who once called protesting players â€œsons of bitchesâ€ and pressured team owners to fire them â€”Â tweeted â€œNO KNEELING!â€ on Friday.

â€œThere are other things you can protest, but not our Great American Flag,â€ Trump said.Â

Carsonâ€™s comments came against a backdrop of nationwide protests in response to the death of unarmed Black man George Floyd at the hands of Minneapolis police.

It is, of course, not necessary for Black people â€• or any people â€• to pay fealty to the U.S. military before demanding human rights. But Carsonâ€™s suggestion was aimed at NFL players who, like Kaepernick, have already expressed support for the military.Â

Kaepernick explained that years ago. â€œI realize men and women of the military go out and sacrifice their lives, put their selves in harmâ€™s way for my freedom of speech and my freedoms in this country, my freedom to take a seat or take a knee,â€ Kaepernick said in a 2016 news conference. â€œI have the most utmost respect for them. And I think what I did was taken out of context and spun a different way.â€

The matter of kneeling again became a topic of conversation after New Orleans Saints quarterback Drew Brees told Yahoo Finance he â€œwill never agreeâ€ with those who kneel because he felt they were â€œdisrespecting the flag of the United States of America or our country.â€

Several NFL players â€• including some of Breesâ€™s teammates â€• denounced his remarks. Brees has since posted apologized online.Â

Kaepernick has not been signed by another NFL team since he began his silent protests in 2016.Â

On Friday, NFL commissioner Roger GoodellÂ finally appeared to offer up a kind of apology for the leagueâ€™s stance. Goodell and league officials â€œwere wrong for not listening to NFL players earlier and encourage all to speak out and peacefully protest,â€ he said.