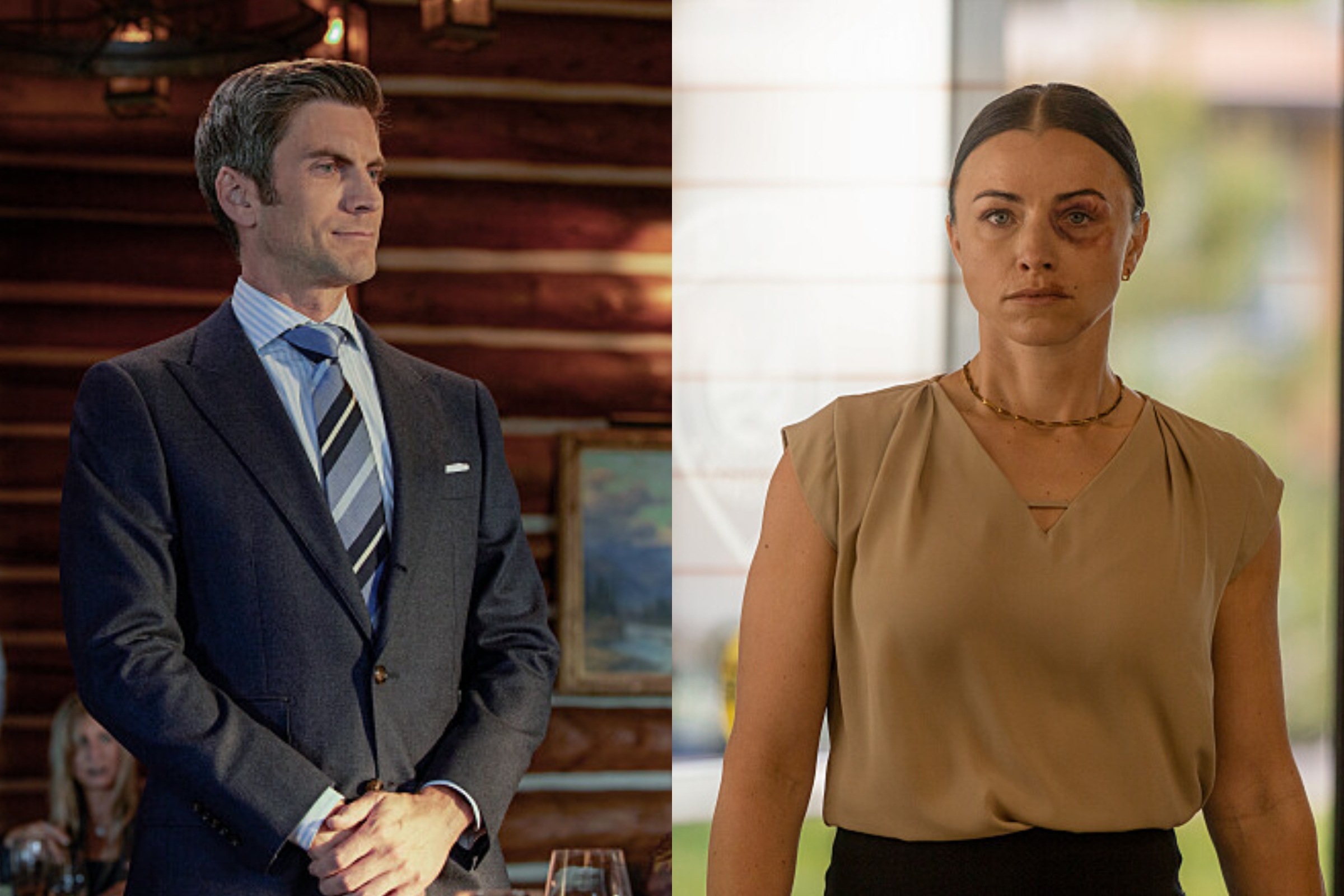 Jamie and Beth’s relationship took another venomous turn in Episode 4 of Yellowstone Season 5.

“Horses in Heaven” saw Kayce hold a funeral for his son, John Dutton, and Governor Dutton axed some dead weight from the Capitol, while a familiar face returned to the ranch.

It was an eventful episode that picked up dealing with the repercussions of Beth’s bar fight in Episode 4, so here’s everything you need to know.

The warring siblings looked to be approaching something of a truce in Episode 4 when Jamie gets Beth out of trouble, but later on old wounds are reopened leaving their relationship more volatile than ever.

The episode opens with Beth in her jail cell—punishment for breaking a beer bottle over a woman’s head in Episode 3. She called Jamie for help as her lawyer, and as he walks in to meet her, he seems aware that for once their power dynamic has shifted. While she’s in a tough spot, she informs her adopted brother that it’s in his best interests to get her out, and to prevent the Californian woman from pressing charges.

Jamie manages to get in a room with Beth’s victim and informs her that if she is to press charges, she’d open herself up to litigation for her role in provoking Beth. Since she’s from out of town, she’d be considered a flight risk and would not be granted bail.

Later as Beth is released, charged with the lesser crime of disorderly conduct, she’s somewhat indebted to Jamie for his help.

As they drive back, Jamie makes a careless error in leaving a baby seat in the back of his car. He still hasn’t told any member of the Dutton family about the child he had with his assistant Christina.

“You have my womb cut out of me and god gave you a boy?” Beth says before she starts beating Jamie who’s still driving.

It prompts a long overdue confession from Jamie that taking her to that clinic is the greatest regret of his life. “I’m gonna take him from you. I’ll rob you of fatherhood.” Jamie runs back to his car and screams at the wheel. As he drives off and Beth is walking down the highway, Jamie looks perilously close to hitting Beth with his car. Just a warning shot maybe?

Changes at the Capitol

Meanwhile Beth’s father, John Dutton, was also on the warpath while marching through the corridors at the Capitol. With his assistant Clara in tow, he barges in on a policy advisers’ meeting and, unimpressed with what he’s hearing, he fires everyone in the room. This impulsive action saves the state approximately $1.6 million.

John’s troubles in Episode 4 begin when he gets back to his office where park officials from U.S. Fish & Wildlife are waiting for him. They confront the governor about the wolves killed on his land, and they deduce that his ranchers killed them by accident, and tried to cover their tracks—which is exactly what happened. John denies any involvement, but the officials suggest the NGOs involved may press charges.

Adding to his woes, Jamie calls John to inform him that Beth is in jail. In need of a crisis manager, he makes a flirty call to his former flame Senator Lynelle Perry.

During their lunch, she advises him to play the game a bit more and be more political in his decision-making. When discussing Beth’s legal trouble, Lynelle tells John that he can pardon anyone he wants at any time, though it’s not advised. John pauses for thought, and he exercises his new power later in the episode.

Continuing to work through their grief, Monica and Kayce lead a procession of cars to the Yellowstone ranch for the funeral of their infant son, who lived for just one hour before dying.

Monica’s family tribe dig the grave for the baby, while Rip approaches and offers his help. Mo inquires about the dead horse nearby which needs burying.

This is the John Dutton senior’s horse that Carter was riding in a previous episode. It ties in nicely as it was mentioned in Episode 3 that the baby would need a horse in the afterlife. They’ll bury the horse next to the boy, whom Kayce named John.

Later on, John and Beth have to watch the funeral take place from a distance as Kayce didn’t tell his family it was happening. After it’s finished, John interacts with Chief Rainwater, who tells him for the first time the damage he’s done to his reservation after the cancellation of the airport project.

John, who had previously buried a son in the same lot, then sits with a grieving Monica and opens up with a touching story about his own brother who died as a baby. Linking the two stories, he tells Monica that her baby lived the perfect life, because all he would have ever known was his mother’s love and nothing else. She cries in John’s arms and thanks him.

Approaching his son, John offers Kayce his badge back to see if he’d reconsidered quitting, but Kayce stands by his decision.

After the funeral, John sits down with Rip who comes clean to his boss about everything that happened with the wolves. John doesn’t quite react, but seems to accept what went down.

In a break from the narrative, Rip and the ranch hands lend a hand to the “Poison Creek outfit” and herd their cattle along a highway, before corralling and branding the animals.

Poison Creek is a real place in Idaho, about a nine hours drive from the supposed location of the Yellowstone ranch. Rip talks with another cowboy about his fears for the ranch and for the land in general.

Speaking of poison, Jamie arrives at his dinner date with Market Equities ringer Sarah Atwood. As we saw in the previous episode, the audience is aware that she might be playing him, but Jamie isn’t to know. Up front, she suggests that M.E. knows they’re unlikely to win legal action, but if they can damage Governor John Dutton’s reputation, they could support Jamie’s political aspirations in the future.

The pair forego dinner and instead start getting drunk at the bar where things turn flirty. As they leave the bar to find somewhere quiet where they can be “irresponsible” together.

Beth is also at the bar spying on Jamie and follows them. As Jamie and Sarah have sex in a shower, Beth takes a picture of Sarah’s ID. She later discovers that Sarah Atwood is not her real name.

Beth arrives home where she comes face top face with Summer Higgins (Piper Perabo), the animal rights activist who was sent to jail in Season 4. John pardoned her sentence and, as Lynelle suggested, hires her as an environmental adviser. Despite telling him up front that their relationship will not be sexual, it appears that didn’t last long.

Stressed by the situation, Beth takes a stiff drink out onto the porch to watch the sun come out. She looks out into the distance where she can see smoke billowing up from over the mountains.