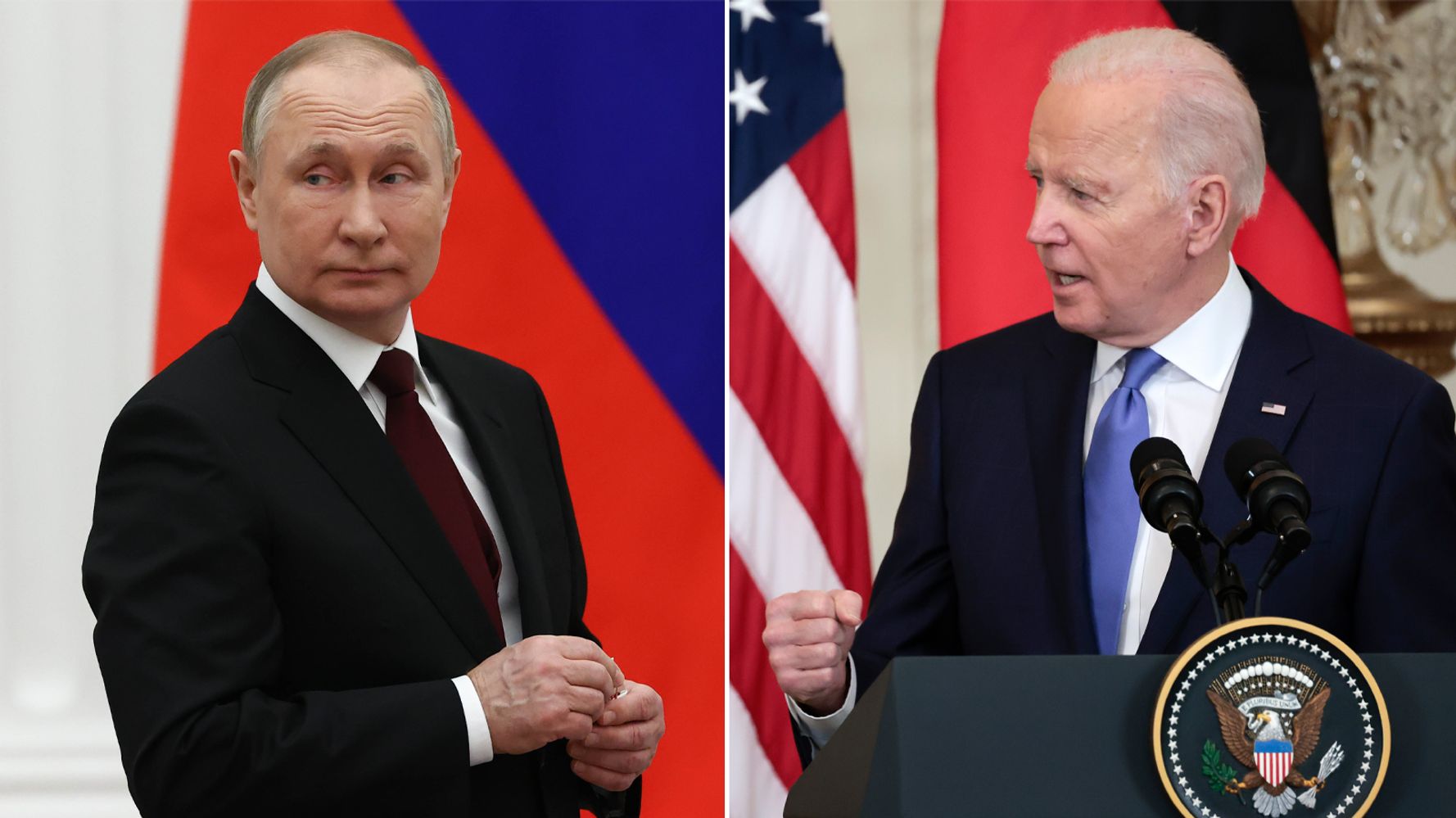 â€œWe are always ready for diplomacy. We are also ready to impose swift and severe consequences should Russia instead choose war,â€ Psaki said in statement. â€œAnd currently, Russia appears to be continuing preparations for a full-scale assault on Ukraine very soon.â€

In Kyiv, life outwardly continued as usual for many on a mild winter Sunday, with brunches and church services, ahead of what Biden said late last week was an already decided-upon Russian attack.

Katerina Spanchak, who fled a region of eastern Ukraine when it was taken over by Russian-allied separatists, was among worshippers crowded into the capitalâ€™s St. Michaelâ€™s monastery, smoky with the candles burned by the faithful, to pray that Ukraine be spared.

â€œWe all love life, and we are all united by our love of life,â€ Spanchak said, pausing to compose herself. â€œWe should appreciate it every day. Thatâ€™s why I think everything will be fine.â€

â€œOur joint prayers will help to elude this tragedy, which is advancing,â€ said another worshipper, who identified himself only by his first name, Oleh.

A U.S. official said Sunday that Bidenâ€™s assertion that Putin has made the decision to roll Russian forces into Ukraine was based on intelligence that Russian front-line commanders have been given orders to begin final preparations for an attack. The official spoke on the condition of anonymity to describe the sensitive intelligence.

The United States and many European countries have charged for weeks that Putin has built up the forces he needs to invade Ukraine â€” a westward-looking democracy that has sought to move out of Russiaâ€™s orbit â€” and is now trying to create pretexts to invade.

Western nations have threatened massive sanctions if Putin does.

U.S. officials on Sunday defended their decision to hold off on their planned financial punishments of Russia ahead of any invasion, after Ukrainian President Volodymyr Zelenskyy called passionately Saturday for the West to do more.

â€œIf you pull the trigger on that deterrent, well then, it doesnâ€™t exist anymore as a deterrent,â€ Pentagon spokesman John Kirby told Fox on Washingtonâ€™s sanctions threat.

Russia held nuclear drills Saturday as well as the conventional exercises in Belarus, and has ongoing naval drills off the coast in the Black Sea.

The announcement that Russia was reversing its pledge to withdraw its forces from Belarus came after two days of sustained shelling along a contact line between Ukraineâ€™s soldiers and Russian-allied separatists in eastern Ukraine, an area that Ukraine and the West worry could be the flashpoint in igniting conflict.

Biden convened the National Security Council at the White House on Russiaâ€™s military buildup around Ukraine. White House officials released no immediate details of their roughly two hours of discussion.

â€œWeâ€™re talking about the potential for war in Europe,â€ U.S. Vice President Kamala Harris said earlier Sunday at a security conference in Munich, Germany, that saw urgent consultations among world leaders on the crisis. â€œItâ€™s been over 70 years, and through those 70 years … there has been peace and security.â€

Zelenskyy on Sunday appealed on Twitter for a cease-fire. Russia has denied plans to invade, but the Kremlin did not respond to Zelenskyyâ€™s offer Saturday to meet with Putin.

After a call with Macron, Putin blamed Ukraine â€” incorrectly, according to observers there â€” for the escalation of shelling along the contact line and NATO for â€œpumping modern weapons and ammunitionâ€ into Ukraine. The Kremlin statement mentioned a cease-fire only in passing and made no mention of Zelenskyyâ€™s call for a meeting.

Macron, a leader in European efforts to broker a peaceful resolution with Russia, also spoke separately to Zelenskyy, to British Prime Minister Boris Johnson and to Biden. Macronâ€™s office said both the Ukrainian and Russian leaders had agreed to work toward a diplomatic solution â€œin coming days and coming weeks.â€

Blinken, the United Statesâ€™ top diplomat, on Sunday renewed his offer to meet one-on-one with Russian Foreign Minister Sergey Lavrov this week â€” on the condition, he said, that Putin has not invaded Ukraine by then.

â€œUp to the last minute, there is still an option for him to pull back,â€ Blinken told NBCâ€™s Meet the Press.

The U.S. Embassy in Moscow issued an advisory urging greater caution by Americans in Russia overall. â€œHave evacuation plans that do not rely on U.S. government assistance,â€ it warned.

Immediate worries focused on eastern Ukraine, where Ukrainian forces have been fighting the pro-Russia rebels since 2014 in a conflict that has killed some 14,000 people.

In the eastern Ukraine regions of Lugansk and Donetsk, separatist leaders have ordered a full military mobilization and sent more civilians to Russia, which has issued about 700,000 passports to residents of the rebel-held territories. Claims that Russian citizens are being endangered might be used as justification for military action.

Officials in the separatist territories claimed Ukrainian forces launched several artillery attacks over the past day and that two civilians were killed during an unsuccessful assault on a village near the Russian border. Ukraineâ€™s military said two soldiers died in firing from the separatist side on Saturday.

â€œWhen tension is escalated to the maximum, as it is now, for example, on the line of contact, then any spark, any unplanned incident or any minor planned provocation can lead to irreparable consequences,â€ Putinâ€™s spokesman, Dmitry Peskov, said in an interview that aired Sunday on Russian state television.

On the front lines, Ukrainian soldiers said they were under orders not to return fire. Zahar Leshushun, peering into the distance with a periscope, had followed the news all day from a trench where he is posted near the town of Zolote.

â€œRight now, we donâ€™t respond to their fire because …â€ the soldier said before the sound of an incoming shell interrupted him. â€œOh! They are shooting at us now. They are aiming at the command post.â€