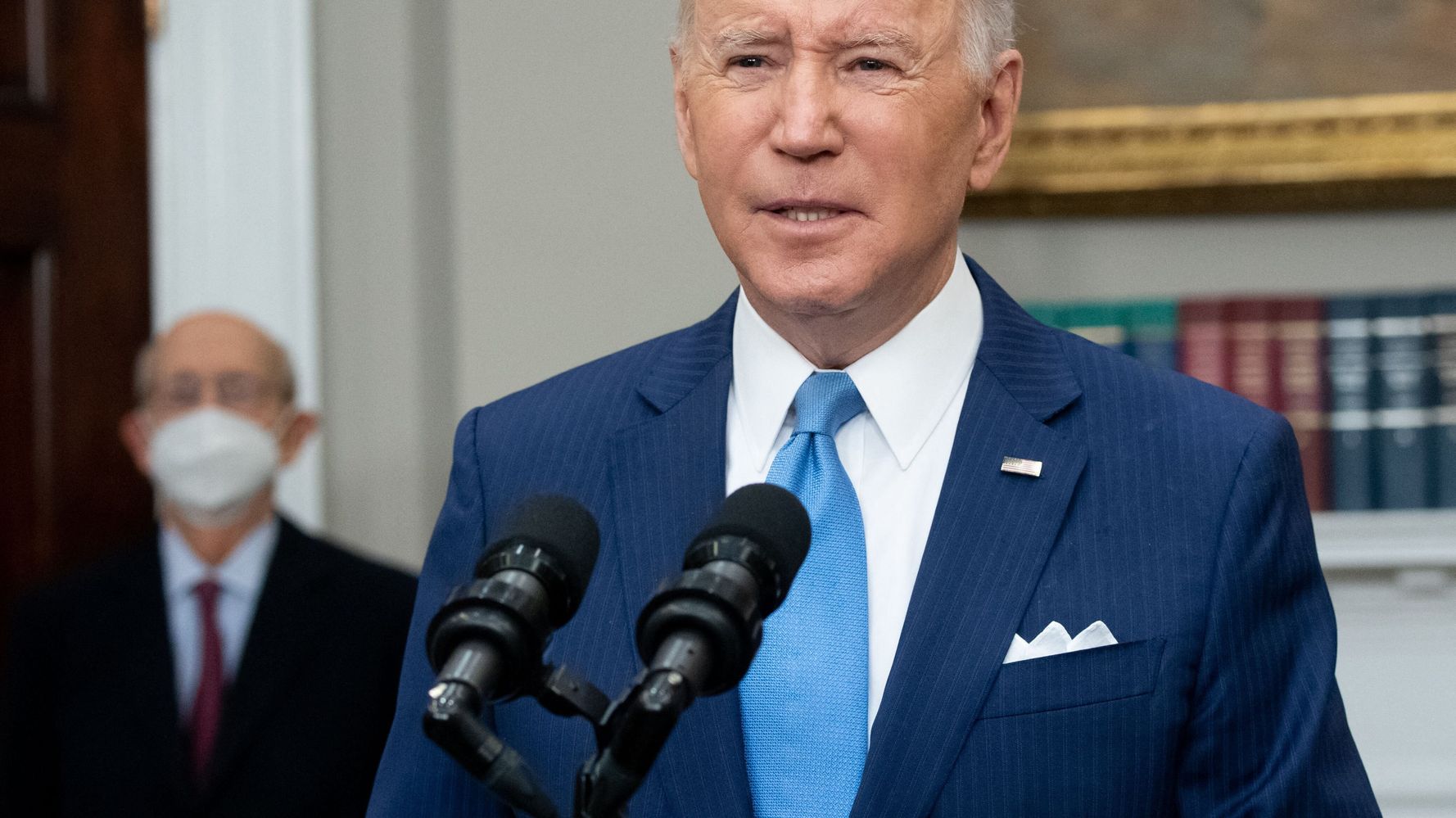 WASHINGTON (AP) â€” President Joe Biden strongly affirmed Thursday that he will nominate the first Black woman to the U.S. Supreme Court, declaring such historic representation is â€œlong overdueâ€ and promising to announce his choice by the end of February.

In a White House ceremony marking a moment of national transition, Biden praised retiring Justice Stephen Breyer, who will have spent nearly 28 years on the high court by the time he leaves at the end of the term, as â€œa model public servant at a time of great division in this country.â€

And with that the search for Breyerâ€™s replacement was underway in full. Biden promised a nominee worthy of Breyerâ€™s legacy and said heâ€™d already been studying the backgrounds and writings of potential candidates.

â€œIâ€™ve made no decision except one: The person I will nominate will be somebody of extraordinary qualifications, character and integrity,â€ he said. â€œAnd that person will be the first Black woman ever nominated to the United States Supreme Court. It is long overdue.â€

Bidenâ€™s choice will be historic on its face: No Black woman has ever served on the high court. The decision is also notable coming at a time of national reckoning over race and gender inequality. However, the courtâ€™s 6-3 conservative majority is destined to remain intact.

Biden is using his choice to fulfill one of his early campaign promises, one that helped resurrect his moribund primary campaign and propel him to the White House in 2020.

And it gives him the chance to show Black voters, who are increasingly frustrated with a president they helped to elect, that he is serious about their concerns, particularly with his voting rights legislation stalled in the Senate. It also could help drive Democratic enthusiasm amid concerns about a midterm routing in congressional races.

Biden spent his first year in office working to nominate a diverse group of judges to the federal bench, not just in race but also in professional expertise, and he has been reviewing possible high court candidates along the way. He has installed five Black women on federal appeals courts â€” where many high court justices come from â€” with three more nominations pending before the Senate.

As a senator, he spent years leading the Senate Judiciary Committee and so heâ€™s quite familiar with the nomination process, having overseen six Supreme Court confirmation hearings. One person who will be central to Bidenâ€™s selection process is chief of staff Ron Klain, a former Supreme Court law clerk and chief counsel to the Judiciary Committee.

The president has already met personally with at least one top nominee, Ketanji Brown Jackson, 51. She is a former Breyer clerk who worked at the U.S. Sentencing Commission and has been a federal trial court judge since 2013 in the District of Columbia. The two met when Biden interviewed her for her current post as an appeals court judge in the D.C. circuit, where she has served since last June.

Early discussions about a successor are focusing on Jackson, U.S. District Judge J. Michelle Childs and California Supreme Court Justice Leondra Kruger, according to people familiar with the matter who spoke on condition of anonymity to discuss White House deliberations. Jackson and Kruger have long been seen as possible nominees.

Childs, a federal judge in South Carolina, has been nominated but not yet confirmed to serve on the same circuit court. She is a favorite among some high-profile lawmakers, including Rep. James Clyburn, D-S.C. Her confirmation to the federal appeals bench is expected next week.

Kruger, a graduate of Harvard and of Yaleâ€™s law school, was previously a Supreme Court clerk and has argued a dozen cases before the justices as a lawyer for the federal government.

Biden also personally interviewed a few other possible candidates, including Eunice Lee and Candace Jackson-Akiwumi. Both women have experience as criminal defense attorneys and could diversify the range of legal expertise on the high court, where many of the judges came from prosecutorial jobs or academia. Biden spoke to those two for their recent appointments to the federal bench.

In the Roosevelt Room on Thursday, Biden spoke wistfully about presiding over Breyerâ€™s ascent to the court in 1994. He praised the justiceâ€™s legacy and highlighted Breyerâ€™s opinions on reproductive rights, health care and voting rights, calling him â€œsensitive and nuanced.â€

â€œJustice Breyer has been everything his country could have asked of him,â€ he said.

Breyer, in brief remarks, praised the â€œmiracleâ€ of Americaâ€™s constitutional democracy and issued a reminder to a nation riven by partisan discord and last yearâ€™s insurrection at the U.S. Capitol that the government â€œexperimentâ€ is not yet over.

Recounting a subject of frequent talks with students, the outgoing justice noted that in the nationâ€™s earliest days, European powers doubted it could survive, and during the horrors of the Civil War it appeared the United States might not make it.

â€œItâ€™s an experiment thatâ€™s still going on,â€ he added, saying future generations will see if the government can live up to its promise. â€œTheyâ€™ll determine whether the experiment still works. And of course, Iâ€™m an optimist, and Iâ€™m pretty sure it will.â€

Republicans who changed the Senate rules during the Trump era to allow simple majority confirmation of Supreme Court nominees appear resigned to the outcome in the currently split chamber. Minority Leader Mitch McConnell, R-K.Y., said he hoped Biden would not â€œoutsource this important decision to the radical left.â€

Iowa Sen. Chuck Grassley, the top Republican on the Senate Judiciary Committee, said after Breyerâ€™s announcement that his successor â€œshould be an individual within the legal mainstream who can receive similar broad, bipartisan support.â€

Grassley voted against Jacksonâ€™s confirmation to the D.C. appeals circuit, as well as most other Biden appellate court nominees.