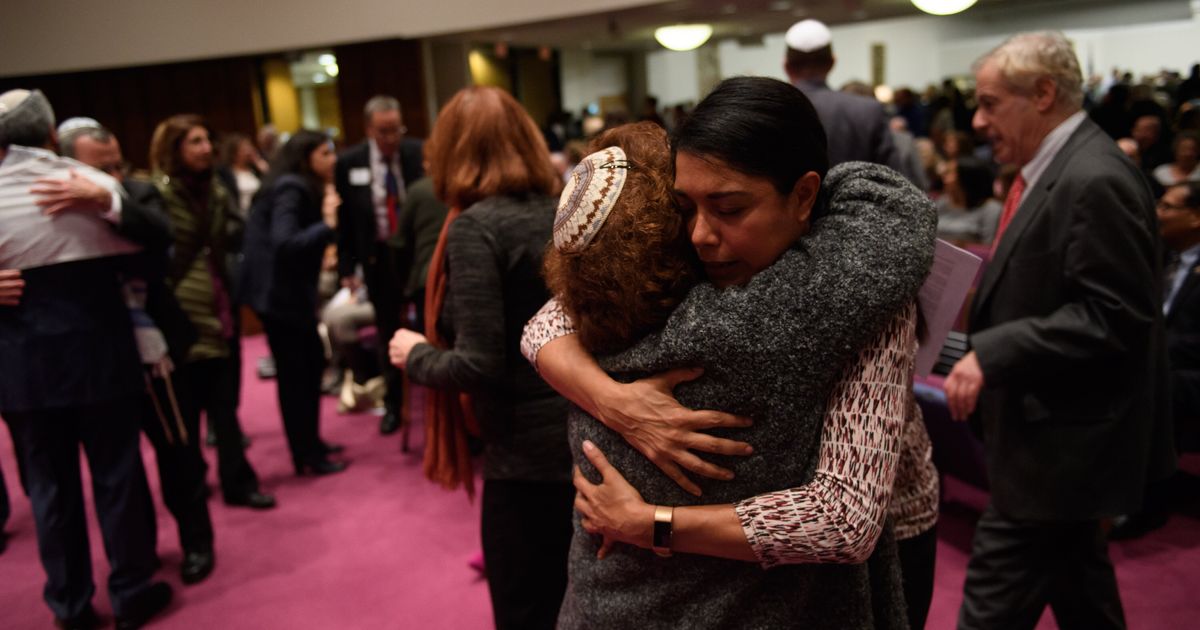 President Joe Biden condemned the rise of antisemitism on Thursday while commemorating the fourth anniversary of the mass shooting at Pittsburgh’s Tree of Life synagogue, which killed 11 worshippers and injured six.

“In the four years since that terrible day, the people of Pittsburgh have shown us what it means to be stronger than hate,” Biden said in a statement. “The courage and character of the Pittsburgh community remains an inspiration to us all.”

The shooting is known as the deadliest act of antisemitism in American history. The gunman, set for trial next year, posted antisemetic comments online just before opening fire.

Former President Donald Trump spewed threats on social media earlier this month, warning Jewish people to be “more appreciative” of him “before it’s too late.” And rap star Ye, formerly known as Kanye West, made a string of antisemitic remarks on Twitter and in interviews, sending corporate partners like Adidas and Gap fleeing.

Participants at a neo-Nazi rally in Los Angeles hailed Ye’s hate speech and draped a banner over a freeway reading, “Kanye is right about the Jews.”

Biden’s statement mentioned neither Trump nor Ye, but the White House press secretary condemned both men’s remarks earlier this week.

The president said he remains committed to confronting gun violence and antisemitism. In June, the president signed the Bipartisan Safer Communities Act, which includes gun safety measures, and in August expanded funding for securing places of worship.

“On this difficult day, our hearts are with the families of the victims, the survivors, and all those impacted by the Tree of Life shooting,” Biden said. “May their memories be a blessing, and may we continue to bridge the gap between the world we see and the future we seek.”