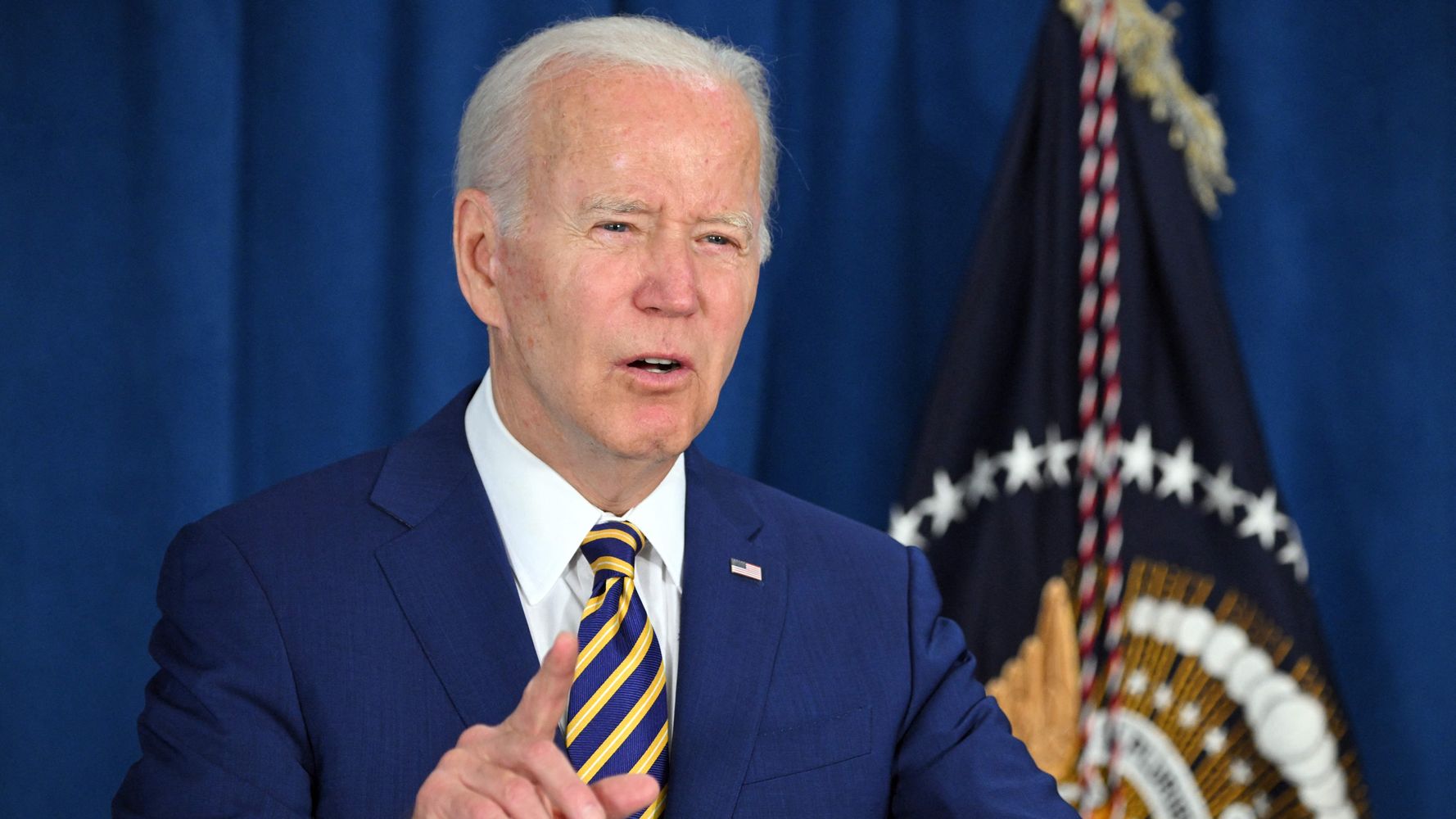 President Joe Biden dismissed a complaint from the richest man in the world by wishing him “lots of luck on his trip to the moon.”

Biden was asked on Friday about comments from Tesla CEO and SpaceX founder Elon Musk, who emailed Tesla staff Thursday to announce he’d be cutting 10% of jobs because he has a “super bad feeling” about the economy, as Reuters reported.

“Lots of luck on his trip to the moon.”

— President Biden responds to Elon Musk saying he has a “super bad feeling” about the economy pic.twitter.com/RNjXcP1Szn

“Well, let me tell you, while Elon Musk is talking about that, Ford is increasing their investment overwhelmingly,” Biden told reporters. “Ford is increasing their investment and building new electric vehicles, 6,000 new employees ― union employees, I might add ― in the midwest. The former Chrysler Corporation … they are also making similar investments in electric vehicles. Intel is adding 20,000 new jobs making computer chips.”

Musk’s comments to staff about his “super bad feeling” came two days after the billionaire told his staff to return to the workplace or leave the company. Following Musk’s email to Tesla employees about cutting jobs, shares in the company fell more than 8% as of Friday.

Musk has also made headlines for his floundering attempts to acquire Twitter. Shareholders in the social media company recently hit Musk with a lawsuit alleging he has criticized the company in a deliberate attempt to sow doubts about the deal and drive down Twitter’s value.

Despite Musk’s “super bad feeling” about the economy, the richest man in the world wrote last week that a recession would be a “good thing” because “it has been raining money on fools for too long.”

Twitter users were quick to point out that Musk himself has received massive tax breaks ($64 million from Texas alone), and that his companies have ultimately benefited from some $5 billion in government support.

Meanwhile, U.S. employers added 390,000 jobs in May, ahead of expected figures, and the unemployment rate remains unchanged at 3.6 percent.

“There’s no denying that high prices, particularly around gasoline and food, are a real problem for people,” Biden said during Friday’s press conference. “But there’s every reason for the American people to feel confident that we’ll meet these challenges.”