Biden, Macron and the rise of the â€˜mehâ€™ men 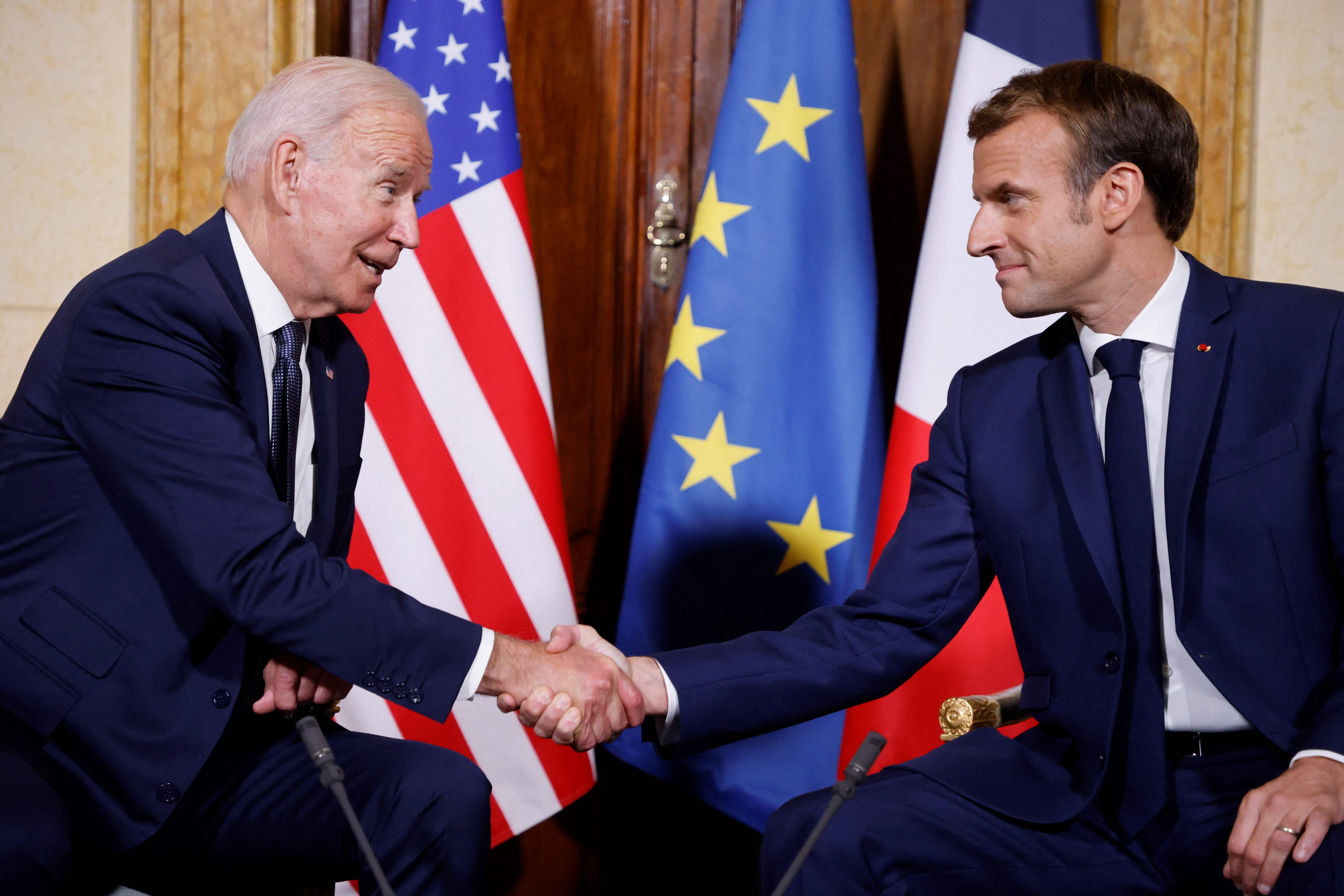 In the world of politics these days, itâ€™s not better to be feared than loved. Nor is it better to be loved. The key to success in the Western worldâ€™s hyper-polarized political culture is to be neither.Â

Just look at Joe Biden. Or Franceâ€™s Emmanuel Macron. Or Mario Draghi. Or even Germanyâ€™s Olaf Scholz (who?).

What these men â€” all of whom are gathering this weekend for the G20 meeting in Rome â€” have in common is not just their whiteness, but that most voters in their home countries find them at best to be more or lessÂ meh.

Biden, though loved by his party faithful, has the dubious distinction of having the lowest approval rating of any president at this stage of his term with the exception of Donald Trump. At just 41 percent, Macronâ€™s ratingÂ is even worse â€” though not bad by recent French standards. By comparison, Draghi, the former head of the European Central Bank, who won his office by appointment, not election, looks like a man of the people with 47 percent approval.

Blame populism. What the leading lights of Western democracy all have in common is that theyâ€™re under constant fire from the populist right. That means their base isnâ€™t comprised of just traditional supporters, but of voters who feel they have no other choice.

Just a few years ago, personality was the coin of the Western political realm. And it wasnâ€™t just Trump. Macron, a pro-EU former socialist who promised to reinvent France as we know it, the U.K.â€™s Boris Johnson and Austriaâ€™s Sebastian Kurz all rose to power as one-man shows.

But slick populism has turned out to have the allure of a one-night stand. Trump and Kurz are gone. Johnson is still around, but with an approval rating of just 32 percent, the U.K. leader is no longer the all-conquering â€œtake back controlâ€ Brexit leader of years past.Â

To be taken seriously in 2021, it helps to be reviled by half your electorate. The fact that Macron is holding firm in France has as much to do with his political skills as it does with the fact that some of his main challengers would be best described as the far right and the ultra-far right.

Despite their popularity deficit, chances are that every Western leader at the G20 will remain in power for the foreseeable future. Thatâ€™s largely because even for voters who arenâ€™t dyed-in-the-wool supporters, the alternative is simply too scary to contemplate. It might be easy, exciting even, to go with the shiny new thing, when the alternative isnâ€™t going to result in the end of the world as we know it (think about the appeal of Ronald Reagan in 1980, Tony Blair in 1997 or Macron in 2017).

If Trumpâ€™s presidency taught the Western worldâ€™s democracies anything, itâ€™s the virtue of the establishment. Put it the current context, if the alternative to a predictable, boring safe pair of hands is to be governed by pandemic-denying whackjobs inÂ Camp Auschwitz T-shirts,Â mehÂ starts to look pretty attractive.

Thatâ€™s why, despite political analystsâ€™ incessant hand-wringing over the future of democracy, weâ€™re not on the cusp of Armageddon.

This weekendâ€™s Rome gathering is a reminder of that. It was forgotten before it started. The issues on the G20 agenda (vaccinating the developing world and combatting climate change) are as weighty as ever. But weighty is what serious leaders do best, which is why most citizens of the Western world happily ignore such summits. And without the antics, the drama and theÂ gratuitous tweets, they can safely do so.

Post-Trump, the goal of any straight-thinking Western leader is to be as modest and meek as possible. The model: Angela Merkel.

At first blush, the German leader, who will make way for her successor as soon as a new government is formed, would seem to be the exception to the rule. Sheâ€™s boring, yet hugely popular.

But recent outpouring of Merkel-love came only once she announced she was departing. Her decision three years ago not to seek a further term triggered a wave of nostalgia to rival Elton Johnâ€™s endless farewell tour. It was made all the more potent by the fact that the crop of her potential successors left something to be desired.

Despite the recent Merkel mania, any honest appraisal of Merkelâ€™s 16-year record would have to conclude that her accomplishments were few and far between. Her real achievement has been to hide that reality by giving Germans a sense of stability.

Thatâ€™s why todayâ€™s leaders would still be wise to bone up on their Machiavelli.Â

Â â€œEveryone sees what you appear to be,â€ he wrote â€œFew experience what you really are.â€