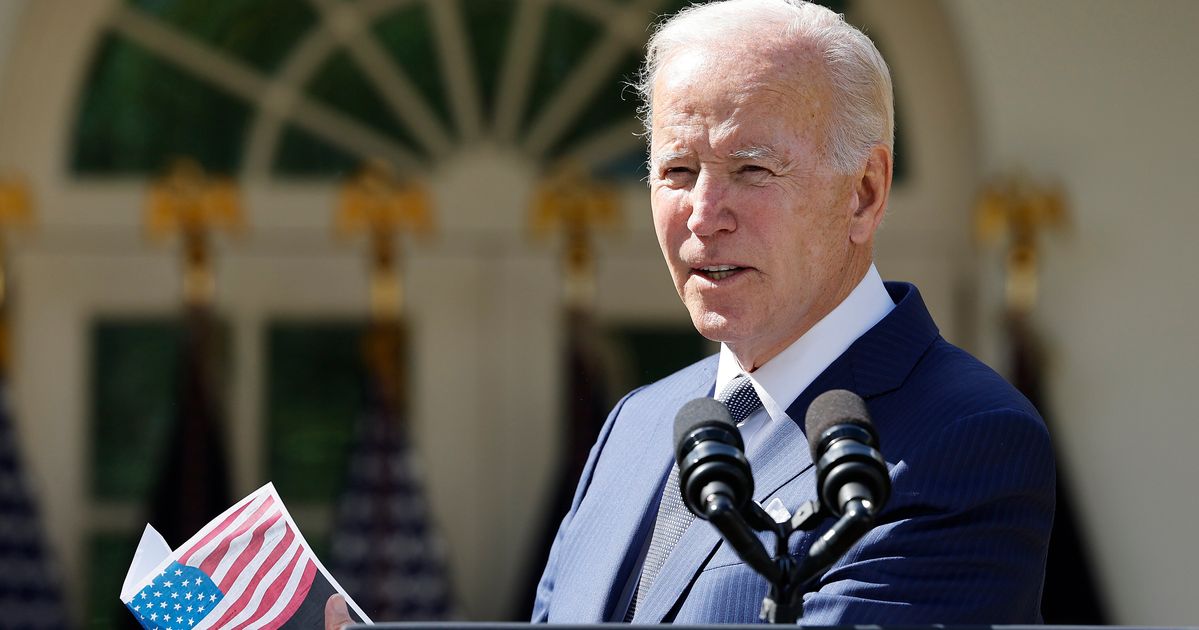 The White House announced Tuesday that it will allow up to 125,000 refugees into the United States for the 2023 fiscal year, the same lofty goal it set for this year ― despite being on track to accept less than a quarter of that number.

“This must be the year that the administration sees its refugee commitments to fruition,” Krish O’Mara Vignarajah, president of Lutheran Immigration and Refugee Service, said in a statement. “It must ramp up and streamline overseas processing of refugee applications if this lifesaving program is to remain relevant amid an unprecedented global displacement crisis.”

Resettlement organizations are particularly frustrated by the administration’s slow pace in rebuilding the refugee application program after years of cuts under President Donald Trump and exacerbated by setbacks from the coronavirus pandemic.

Those groups found themselves in a frenzy after the fall of Kabul in Afghanistan and during Russia’s invasion of Ukraine, testing these organizations’ limited capabilities to relocate refugees safely and swiftly. The U.S. admitted roughly 180,000 Afghans and Ukrainians who entered through other legal avenues that did not count toward the annual cap.

And though the administration did lend some support to the refugee groups during those two crises, some said that help came a little too late.

“That process should have happened right after the inauguration,” said Meredith Owen, director of policy and advocacy at Church World Services, one of the nine national resettlement agencies.

Instead, the organizations found themselves relying on their own limited resources and help from the general public, which they said could have been avoided if the administration made good on its promise when Biden first entered office.

Resettling Afghan and Ukrainian refugees in such a short period of time and with limited resources after years of cuts provided key strategies that could be replicated for the long term, said Melanie Nezer, senior vice president of global public affairs at Hebrew Immigrant Aid Society.

“What the administration has shown is that when there’s a will, there’s a way,” Nezer said.

“There are people who’ve been languishing in the refugee pipeline since the very beginning of the Trump administration who haven’t been resettled.”

In order for refugee groups to hit the new cap, more needs to be done to reinvest in the resettlement program to meet the needs of the thousands of refugees who are still waiting, including increasing staff capacity, investing in the resettlement support centers domestically and overseas, and expediting the interview process.

“There are people who’ve been languishing in the refugee pipeline since the very beginning of the Trump administration who haven’t been resettled,” Owen said, pointing to refugees displaced by the Syrian war and the humanitarian crisis in Ethiopia.

In September 2021, there were approximately 90,000 refugees in the U.S. Refugee Admissions Program (USRAP) pipeline who had completed prescreening but were still awaiting an interview with U.S. Citizenship and Immigration Services.

By September 2022, there were 88,000 refugees in the USRAP pipeline, including 59,000 who were prescreened and 29,000 who were approved by the Department of Homeland Security or were ready for departure, showing a dip in the number of refugees prescreened for U.S. resettlement.

Additionally, with more Haitians and other migrants and refugees continuing to seek safety at the southern border, the U.S. has yet to implement proper protocols to aid those populations. One of those programs was the Cuban-Haitian Entrant Program (CHEP), which was terminated by the Trump administration and has not been restored.

This isn’t the first time the Biden administration has faced criticism over its lack of urgency in aiding refugees. Last year, it missed its deadline and delayed the presidential determination that would set the number for how many refugees were allowed into the country. When it finally released those numbers, the White House initially said it would keep Trump’s limited refugee ceiling of 15,000 and would continue to ban refugees from several Muslim-majority countries.

Mere hours later, the White House walked back the decision after staunch opposition from refugee groups and lawmakers on both sides of the aisle, and it announced it would allow 62,500 refugees during the remainder of that 2021 fiscal year.

State and local officials from all 50 states called on the Biden administration to urgently rebuild the refugee resettlement program during the 2023 fiscal year in a letter published earlier this month.

“Resettlement offers refugees an important permanent pathway to safety. The recent pivot by the United States towards offering temporary pathways over resettlement, as we observed in the U.S. evacuation of Afghans, for example, is the direct result of an underfunded resettlement process that cannot adequately scale up during emergencies,” the letter said.

Despite the challenges, refugee resettlement groups said they are ready to hit the new goal of 125,000.

“We know that we are capable of resettling that number,” Owen said.