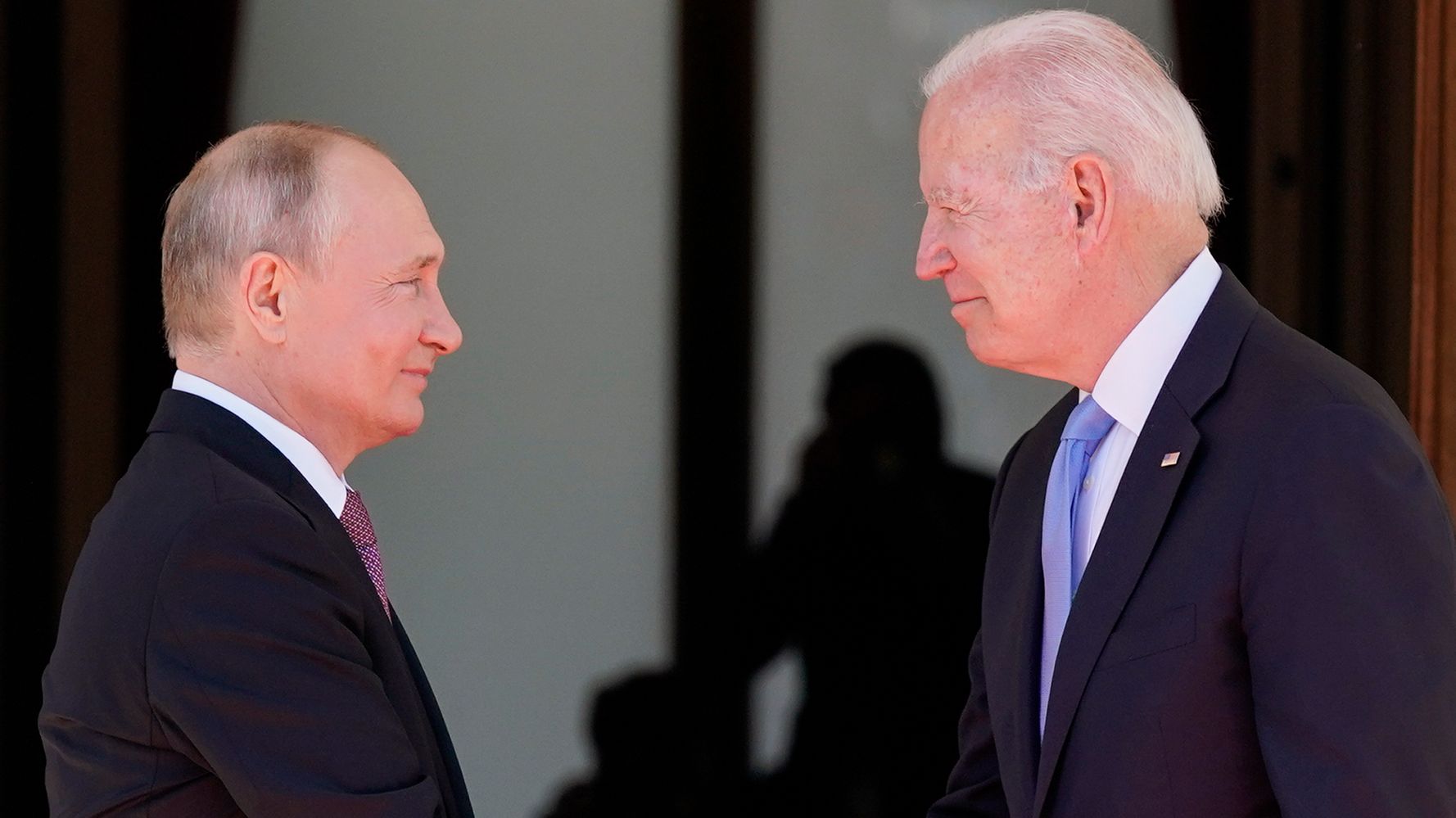 WILMINGTON, Del. (AP) â€” Presidents Joe Biden and Vladimir Putin spoke Thursday amid growing alarm over Russiaâ€™s troop buildup near Ukraine, a simmering crisis that has become further complicated in recent days as the Kremlin has stepped up its calls for security guarantees and test fired hypersonic missiles to underscore its demands.

Putin requested the call, the second between the leaders this month, ahead of scheduled talks between senior U.S. and Russian officials set for Jan. 10 in Geneva.

Russia has made clear it wants a written commitment that Ukraine will never be allowed to join NATO and that the allianceâ€™s military equipment will not be positioned in former Soviet states, demands that the Biden administration has made clear are non-starters.

The White House said ahead of the call that Biden would tell Putin that a diplomatic path remains open even as the Russians have moved an estimated 100,000 troops toward Ukraine and Kremlin officials have turned up the volume on its demands for new guarantees from the U.S. and NATO.

Those demands are to be discussed during the talks in Geneva, but it remains unclear what, if anything, Biden would be willing to offer Putin in exchange for defusing the crisis.

Draft security documents Moscow submitted demand that NATO deny membership to Ukraine and other former Soviet countries and roll back its military deployments in Central and Eastern Europe.

The U.S. and its allies have refused to offer Russia the kind of guarantees on Ukraine that Putin wants, citing NATOâ€™s principle that membership is open to any qualifying country. They agreed, however, to hold talks with Russia to discuss its concerns.

The security proposal by Moscow has raised the question of whether Putin is making unrealistic demands in the expectation of a Western rejection that would give him a pretext to invade.

Steven Pifer, a career foreign service officer who served as U.S. ambassador to Ukraine in the Clinton administration, said the Biden administration could engage on some elements of Russiaâ€™s draft document if Moscow is serious about talks.

Key NATO members have made clear there is no appetite for expanding the alliance in the near future. The U.S. and allies could also be receptive to language in the Russiansâ€™ draft document calling for establishing new consultative mechanisms, such as the NATO-Russia Council and a hotline between NATO and Russia.

â€œThe draft treatyâ€™s proposed bar on any NATO military activity in Ukraine, eastern Europe, the Caucasus, or Central Asia is an overreach, but some measures to limit military exercises and activities on a reciprocal basis might be possible,â€ Pifer, who is now a senior fellow at Brookings Institution, wrote in an analysis for the Washington think tank.

Biden planned to tell Putin that for there to be â€œreal progressâ€ in the talks they must be conducted in â€œa context of de-escalation rather than escalation,â€ according to a senior administration official who briefed reporters before the call. The official spoke on the condition of anonymity.

â€œThe goal of the conversation is clear â€” to continue discussing the issues that were on the agenda during the recent conversation via video conference,â€ Peskov told reporters. That Dec. 7 call focused on the Russian troop movements, which have unsettled Ukraine and other European allies, as well as Moscowâ€™s demand for security guarantees.

Peskov noted that since that call, Moscow submitted its security proposals to U.S. and European officials and now â€œfrom our point of view, from the point of view of President Putin, the need has arisen for another telephone conversation, which would preface the upcoming talks.â€

Biden and Putin, who met in Geneva in June to discuss an array of tensions in the U.S.-Russia relationship, are not expected to take part in the January talks.

In the Dec. 7 video call, the White House said Biden put Moscow on notice that an invasion of Ukraine would bring sanctions and enormous harm to the Russian economy. Russian officials have dismissed the sanction threats.

Last week, Russia test-fired Zircon hypersonic missiles, a provocative move that Peskov said was meant to help make Russiaâ€™s push for security guarantees â€œmore convincing.â€ The test was the first time Zircon missiles were launched in a salvo, indicating the completion of tests before the new missile enters service with the Russian navy next year and arms its cruisers, frigates and submarines.

Moscow and NATO representatives are expected to meet in the days after the Geneva talks, as are Russia and the Organization for Security and Co-operation in Europe, which includes the United States.

Russia has denied an intention of launching an invasion and, in turn, accused Ukraine of hatching plans to try to reclaim control of the territories held by Moscow-backed rebels by force. Ukraine has rejected the claim.

At the same time, Putin has urged the West to move quickly to meet his demands, warning that Moscow will have to take â€œadequate military-technical measuresâ€ if the West continues its â€œaggressiveâ€ course â€œon the threshold of our home.â€

As Biden prepared for the talks with Putin, the administration also sought to highlight the commitment to Ukraine and drive home that Washington is committed to the â€œprinciple of nothing about you without youâ€ in shaping policy that affects European allies.

In Thursdayâ€™s call, Biden is expected to stress to Putin that the U.S. is united with its allies but will demonstrate a willingness to engage in â€œprincipled diplomacyâ€ with Russia, the administration official said.

But past military incursions by Putin loom large.

In 2014, Russian troops marched into the Black Sea peninsula of Crimea and seized the territory from Ukraine. Russiaâ€™s annexation of Crimea was one of the darker moments for President Barack Obama on the international stage.

The U.S.-Russia relationship was badly damaged near the end of President George W. Bushâ€™s administration after Russiaâ€™s 2008 invasion of its neighbor Georgia after Georgian President Mikheil Saakashvili ordered his troops into the breakaway region of South Ossetia.

The two leaders are also expected during Thursdayâ€™s call to discuss efforts to persuade Iran to return to the 2015 nuclear accord, which was effectively scrapped by the Trump administration.

Despite differences on Ukraine and other issues, White House officials have said the Iran nuclear issue is one where they believe the U.S. and Russia can work cooperatively.

Biden, who is spending the week in his home state of Delaware, spoke to Putin from his home near Wilmington.

Ahead of the call, Putin sent a telegram to Biden with New Yearâ€™s and Christmas wishes, which was posted on the Kremlin site on Thursday, along with other holiday messages to world leaders.

â€œI am convinced that in the development of our agreements reached during the June summit in Geneva and subsequent contacts that we can move forward and establish an effective Russian-American dialogue based on mutual respect and in consideration of each otherâ€™s national interests,â€ Putin wrote.