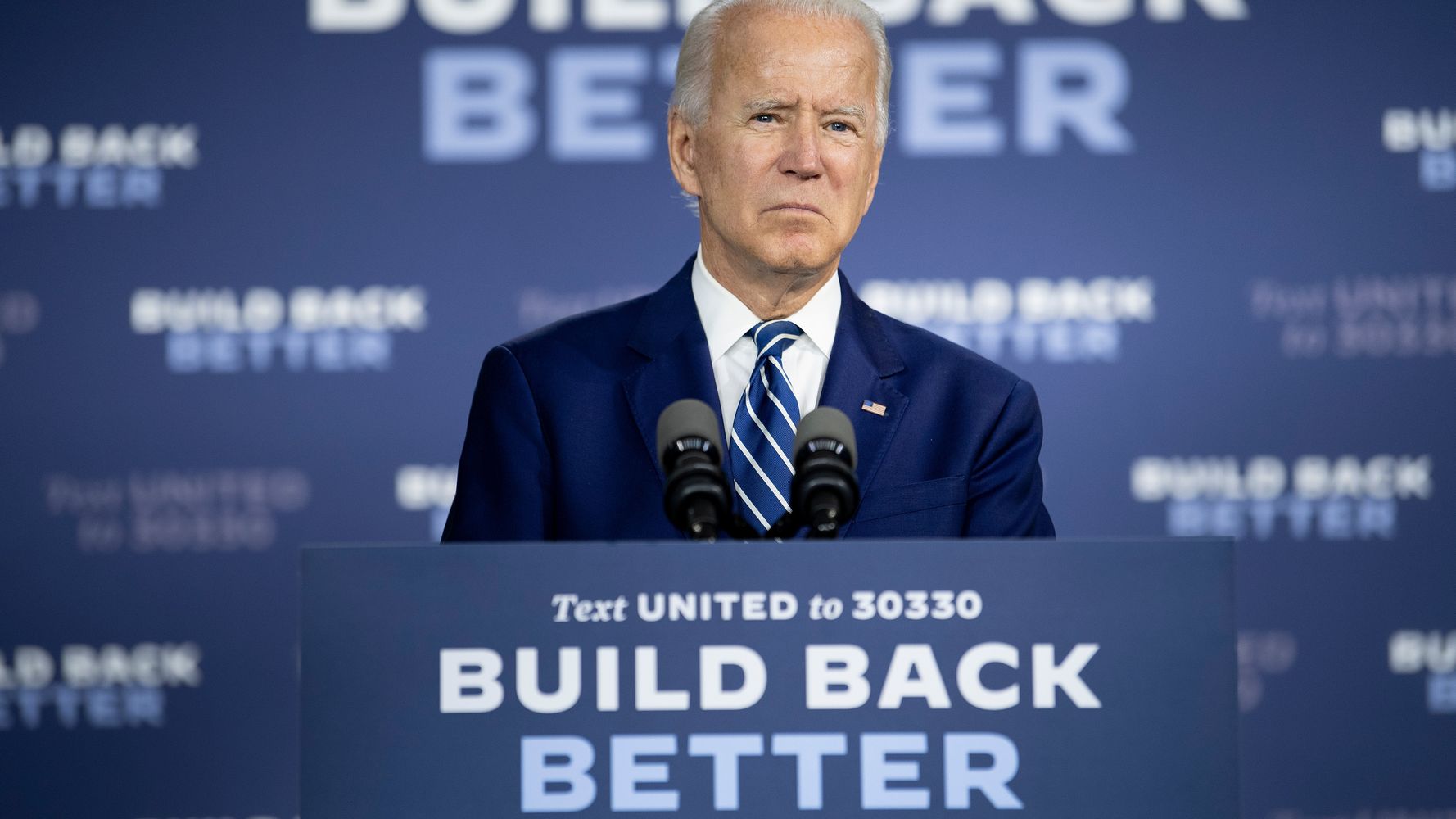 Joe Bidenâ€™s presidential campaign on Tuesday released a long list of policies that the former vice president would use to combat racial inequality, but the plan excludes a controversial but potentially more effective remedy: reparations.Â

The Biden plan to â€œBuild Back Better by Advancing Racial Equity Across the American Economyâ€ is full of technocratic proposals like tax credits, public-private partnerships and low-interest loan programs that would indirectly benefit Black people.

Itâ€™s short on ideas for more direct assistance, like compensation for slavery and the discriminatory policies that created persistent racial disparities in employment, criminal justice and overall wealth. For years, congressional Democrats have proposed appointing a special commission to study the feasibility of paying reparations, but the proposal has never moved off the back burner.Â

â€œThe vice president doesnâ€™t have a problem with the study, but he believes there are things we can do right now that we donâ€™t have to wait on a study to tell us that will change the lives of Black and brown people in America,â€ a senior Biden campaign official said Tuesday on a conference call with reporters.Â

As an example of something that would be more immediately beneficial, the official pointed specifically to the campaignâ€™s proposal requiring the Federal Reserve to regularly report on â€œcurrent data and trends in racial economic gaps â€• and what actions the Fed is taking through its monetary and regulatory policies to close these gaps.â€

â€œThatâ€™s something thatâ€™s going to require an all-of-society, all-of-government response,â€ he added.

If thereâ€™s ever been a good time to talk about reparations, itâ€™s now. The police killing of George Floyd in Minneapolis prompted a global surge of Black Lives Matter protests, and polls show that voters increasingly recognize that Black and brown people suffer from discrimination. Racial resentment has long affected public attitudes toward government spending, however, and for decades Democratic politicians, especially moderates like Biden, have hesitated to propose direct assistance when they could talk about tax credits instead.Â Â

Biden has previously said he supports the idea of a commission to study reparations, as did almost all of the other Democratic primary candidates. But the study proposal is not the same thing as actually providing reparations in the form of cash payments â€” or some other subsidy â€” to Black Americans, which no major candidate has supported.

â€œWhile my administration takes major actions to address systemic racism, it will also study how reparations may be part of those efforts and ensure the voices of descendants are central when gathering data and information,â€ Biden told The Washington Post.Â

Other key policies in Bidenâ€™s plan include expanding a tax write-off for private equity firms that invest in businesses serving low-income areas, increasing funds for financial institutions operating in such areas, and making sure that small businesses can get help applying for any pandemic relief programs that might be running in early 2021.Â

The former vice president would also push for â€œa new refundable, advanceable tax credit of up to $15,000â€ for first-time homebuyers. Housing has been a driving factor of the racial wealth gap, which is wide: The net worth of the average white family is more than 10 times greater than that of the average Black family.Â

The plan is the final plank of Bidenâ€™s â€œBuild Back Betterâ€ proposal. He had previously rolled out plans on trade and manufacturing, climate change and caregiving for children and seniors.Â

Bidenâ€™s strength with Black voters was crucial to winning the Democratic primary, with a victory in South Carolina launching his comeback. He holds an overwhelming lead with Black voters against Republican President Donald Trump, though many polls show that his lead is slightly smaller than Hillary Clintonâ€™s landslide margin four years ago. In particular, many Democrats worry that young Black men are less enthusiastic about Bidenâ€™s candidacy.

But the former Delaware senatorâ€™s advantages among Black voters in the primary were based more on his ties to President Barack Obama and other long-standing Black politicians in the South than they were on policy detail. While candidates like Massachusetts Sen. Elizabeth Warren and New Jersey Sen. Cory Booker released detailed proposals to close the racial wealth gap, Biden focused more on promising to battle Trumpâ€™s racism.