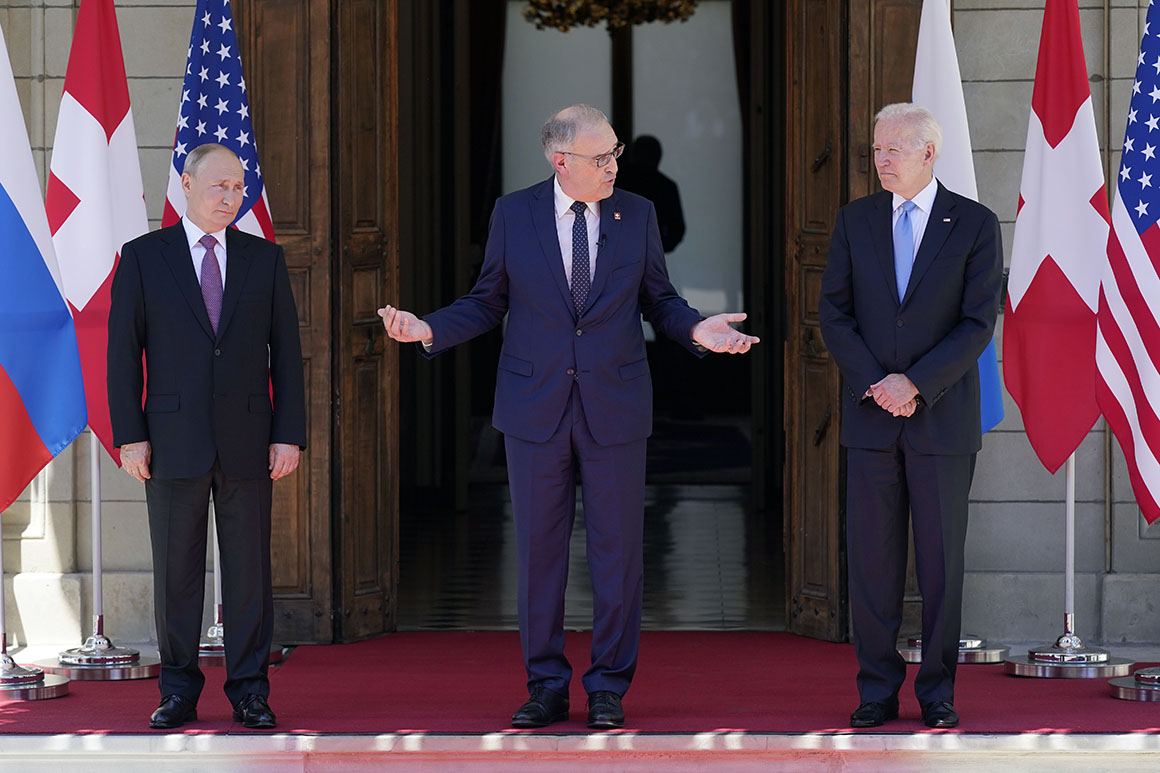 To the alarm of the United States, other NATO members and the European Union, Russian leader Vladimir Putin is again amassing troops along his country’s western borders. Senior U.S. officials are warning Putin not to attempt another invasion of Ukraine. Analysts, meanwhile, say Putin may be trying to take advantage of a growing dispute between Kremlin-aligned Belarus and its European neighbors to inject chaos into the region and make NATO look weak.

Russia has in the past poked at the United States and Europe before pulling back. This past spring, the Kremlin surged thousands of troops close to its border with Ukraine — with which it has been fighting a war since Russia invaded in 2014 — before recalling many of them.

This latest build-up, however, appears more serious, especially because of the additional tensions involving Belarus and its NATO-member neighbors, current and former U.S. officials said.

The longtime Belarusian dictator, Alexander Lukashenko, faces sanctions pressure from the United States and European neighbors who dispute his 2020 election win and crackdown on dissent. He has threatened to cut off energy supplies to parts of the continent — a move that would likely require Russian sign-off. Lukashenko also has been sending migrants from the Middle East and other places to his country’s borders with Poland, Lithuania and Latvia, causing what critics say is a human trafficking and humanitarian crisis.

The developments have added to the frustration in some corners of the U.S. foreign policy establishment about the Biden team’s overall approach to Russia — namely, that it has been too soft and too cautious.

Biden himself has long distrusted Putin and, in the past at least, has advocated taking a tough line toward Moscow. There are others in his administration, such as senior State Department official Victoria Nuland, who are viewed as on the hawkish side when it comes to Russia. Secretary of State Antony Blinken, too, is generally said to lean toward the hawks.

National Security Adviser Jake Sullivan, his principal deputy, Jon Finer, and Biden’s international climate envoy, John Kerry, are the three people most often mentioned as having advocated a more cautious line toward Russia, former U.S. officials in touch with those inside the Biden administration said. The urge to be cautious stems from the notion that Washington needs to work with Moscow on certain objectives, such as mitigating climate change or nuclear arms control.

A senior Biden administration official pushed back on the idea of warring camps. “People on the outside may like to apply blunt categories, but that’s not actually how this works in practice,” the official said. “No one discusses recommendations or opinions according to a doctrine of hawk or dove. Our relationship with Russia is complex, and to say that certain people are inherently hard or soft oversimplifies the ways we handle those complexities.”

Some of the same former U.S. officials said any differences among members of the administration shouldn’t be blown out of proportion — that they’re part of a natural process of debate and discussion in any presidential team, and often come down to who prioritizes what at any given moment. Any significant differences over Russia among Biden administration officials will vanish if Putin makes any rash moves, especially in Ukraine, one former senior State Department official predicted.

Biden’s decision to limit the number of sanctions his administration imposed on the Russian-German gas pipeline known as Nord Stream 2 was one example of how the internal administration debate appears to have led to compromises. In that case, Biden had to weigh the interests of Germany, a U.S. ally, and decided it wasn’t worth alienating Berlin over a pipeline Washington has long opposed.

Putin’s latest actions should spur a rethink in Washington, some analysts said.

“Russia’s military moves toward Ukraine raise real questions about the administration’s current balance between confronting and engaging the Kremlin,” said Andrea Kendall-Taylor, director of the Transatlantic Security Program at the Center for a New American Security. “I think it is clear that the balance needs to skew more towards confrontation.”

That confrontation could take any number of forms, from imposing more economic sanctions — including ones on Putin himself or his wealthy cronies — to sending more weapons to Ukraine’s armed forces. A highly visible show of U.S. solidarity with others in NATO could also help given that Lukashenko’s migrant-related moves against his neighbors are a strain on that military alliance.

Putin and Lukashenko have an uneasy relationship. After Lukashenko said he might stop the Russian gas that transits his country from reaching European nations that rely on such energy, Moscow insisted it would fulfill its contractual obligations on gas deliveries. Still, the Kremlin appears to be supporting if not outright encouraging at least some of Lukashenko’s actions. On Friday, Russian state-run media reported that Moscow had sent paratroopers to Belarus for joint drills.

“Putin may be using, and in fact may be even behind, Lukashenko’s weaponization of migrants and refugees in order to distract from what he may be planning for Ukraine,” one former U.S. official said.

Poland has sent thousands more troops to its border with Belarus in response to the surge of migrants there. Russia, meanwhile, has twice in recent days flown nuclear-capable bombers over Belarus near Poland. And Britain said Friday that it was sending 10 soldiers — engineers — to assist Poland in shoring up its border, the first concrete show of support a NATO member has shown for the countries struggling with the migrant influx.

“This is a very, very dangerous situation because Article 5 right now is being severely stressed,” said Evelyn Farkas, a former Obama administration Pentagon official, referring to the NATO principle that an attack on one member is treated as an attack on all members. “Putin would like nothing better than to demonstrate that NATO is useless.”

Kremlin spokesperson Dmitry Peskov, in reports in Russian state-run media Friday, dismissed the West’s concerns about Russian troop movements and warned against nearby military activities of NATO member countries. “If necessary, we will take measures to ensure our security if there are provocative actions by our opponents near our borders,’’ he said, according to the Russian reports.

Biden administration officials have declined to say if they plan new sanctions or other penalties aimed at Belarus or Russia as a result of the growing crisis. Also unclear was if Biden would try to get Putin on the phone to calm things down. The pair held a summit in Geneva in June, during which they aired grievances and discussed ways to best engage.

Cybersecurity is a realm where occasional cooperation with the Kremlin could be helpful, especially since many hacks and ransomware attacks on U.S. entities originate from Russian soil. During the June summit, Biden stressed to Putin that America has significant cyber capabilities it could unleash on Russia if Putin didn’t crack down on the cyber criminals in his territory.

It’s tough to say how much of an effect that warning had. There have been reports of ongoing Russian cyber aggression in recent months. Biden administration officials also have to weigh the possibility that a cyber punch from the United States could lead to unwanted escalation with Russia.

“I do understand that there has been debate within the administration about a proper cyber response to Russia,” Farkas said. “That’s another area where the president understands that if you aren’t tough with the Russians, they are not going to stop with their cyber aggression.”

The Biden administration is trying to keep contacts with Russia alive at all levels, including the presidential one. Its mantra from the beginning has been that it wants a “stable and predictable” relationship with Moscow, and that hasn’t changed. That requires a balancing act and a long-term view, some of the administration’s defenders say.

“I wouldn’t say it’s not working. I mean, it’s been, like, 10 months,” a former U.S. national security official who dealt with Russia said of the Biden team’s approach. “That said, of course, Russia, China and others are testing Biden. And Russian testing doesn’t mean they won’t do stupid things. But we should be aware, be vigilant, but also not overreact.”

Biden administration officials declined to offer details about internal U.S. government discussions on Russia, especially when it comes to who’s been taking what side.

When asked about the sanctions package that Biden sent back multiple times, however, the senior administration official said Biden wasn’t asking for the sanctions to be more punitive or to hurt the Russian people. Rather, the president wanted to make sure the sanctions were “smart” and well-crafted so that they could change the Kremlin’s behavior.

The sanctions package, which was unveiled in April, included measures that targeted an array of Russian actions, from its aggression against Ukraine to its interference with U.S. elections to its efforts to silence Russian dissidents.

Paul McLeary contributed to this report. 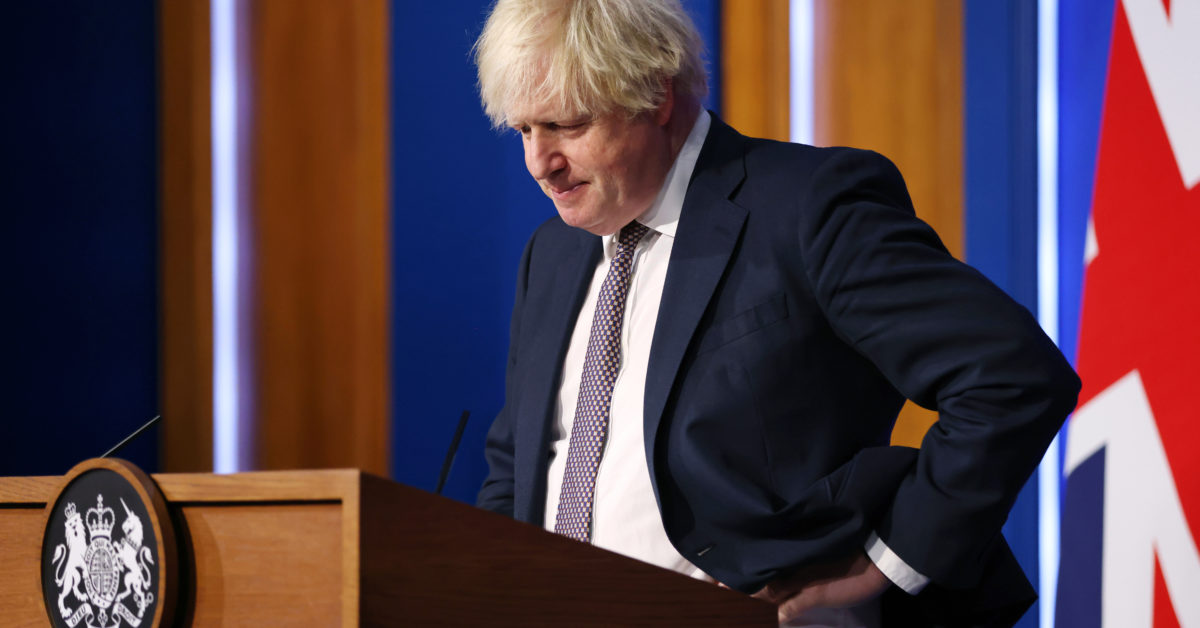 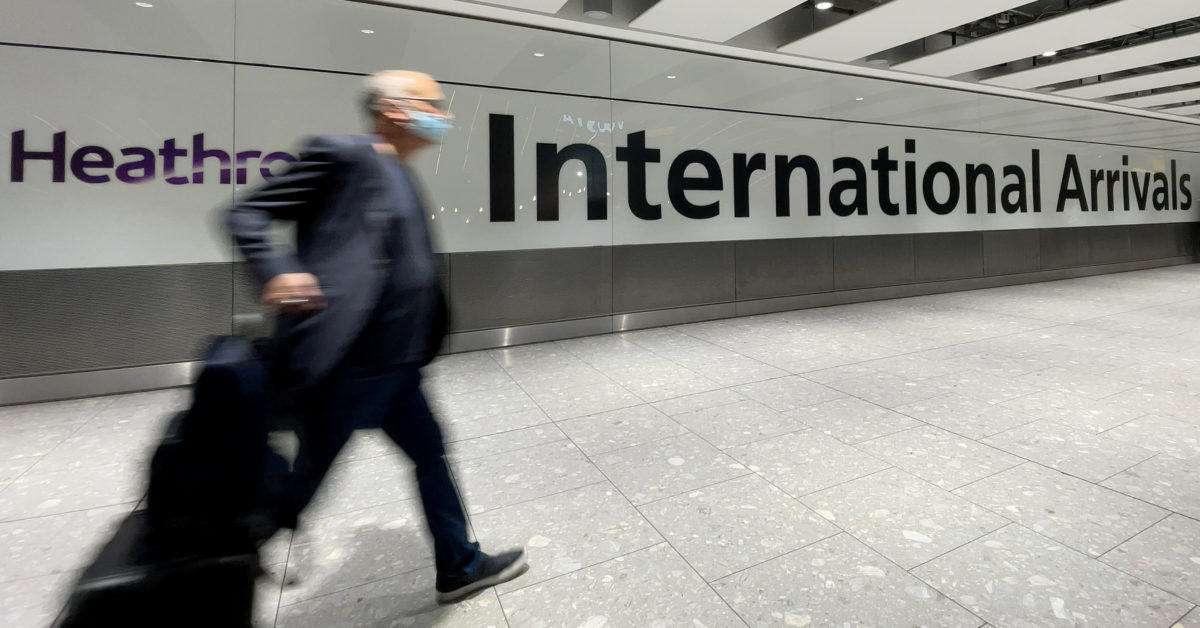 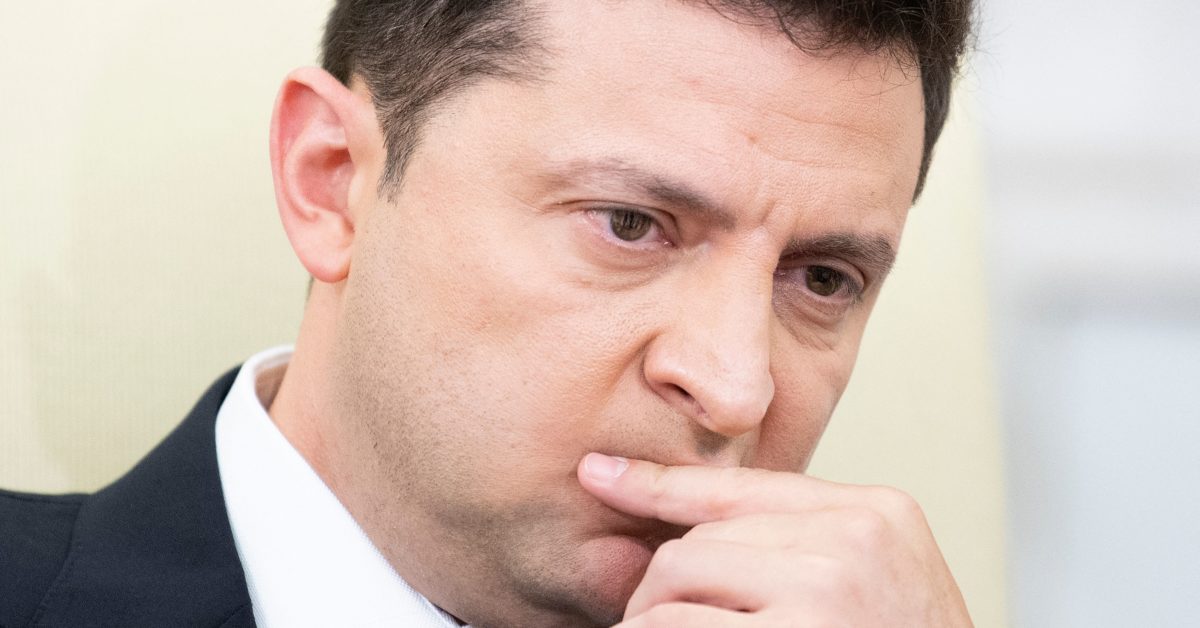