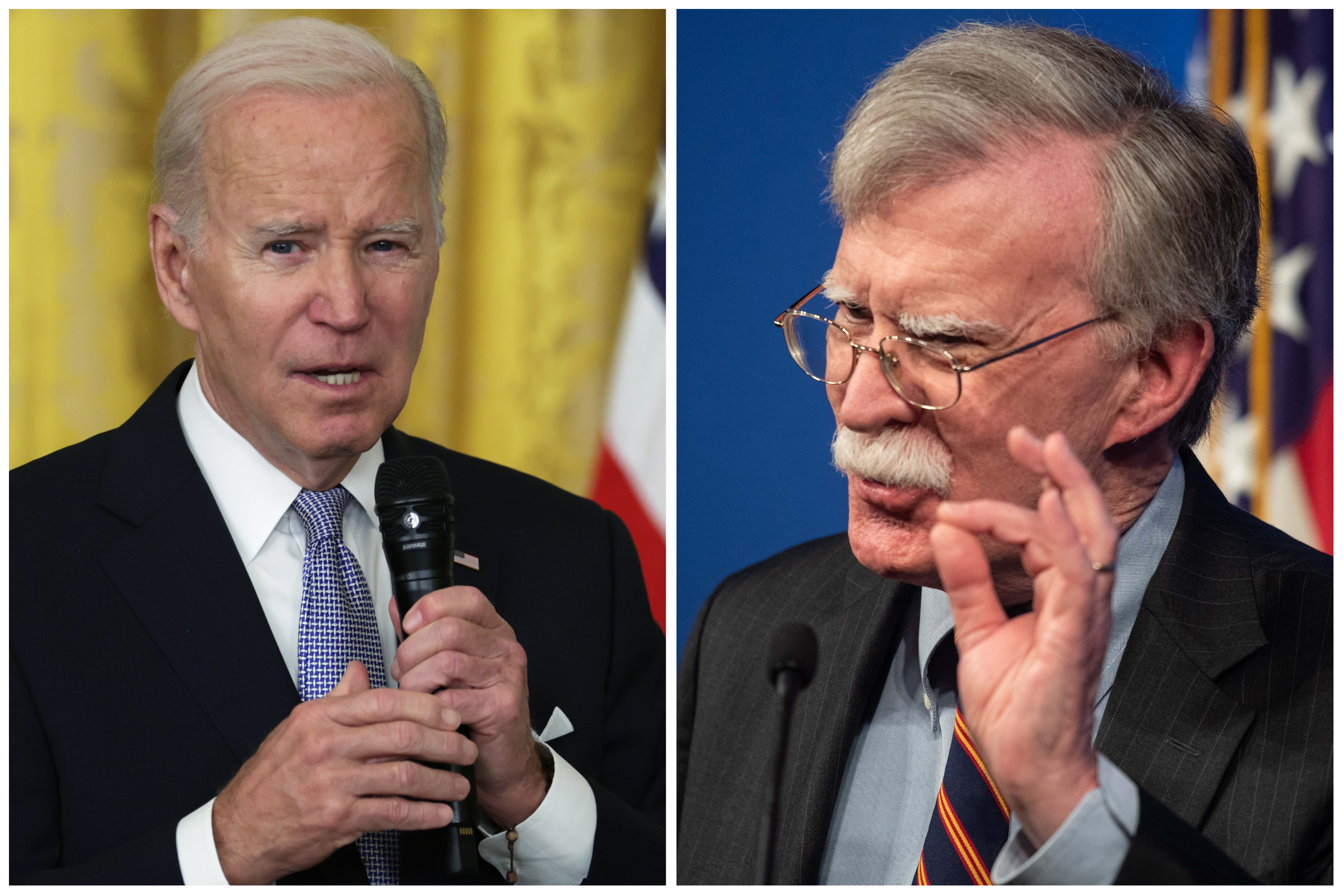 The ongoing controversy surrounding the classified documents found at Joe Biden‘s home and former office is a “self-inflicted wound” which has damaged the president and the Democratic Party, John Bolton said.

Bolton, Donald Trump‘s former national security adviser, was discussing the implications of the investigation into the appearance of classified materials at Biden’s private residence in Wilmington, Delaware, and the Penn Biden Center in Washington, D.C. during an appearance on NewsNation’s Cuomo.

Bolton said that while there are key differences between the documents found at Trump’s Mar-a-Lago resort and what was discovered at properties connected to Biden, voters will still consider them equally as serious.

“This is primarily a self-inflicted wound by Biden,” Bolton told Chris Cuomo.

“He doesn’t have as many documents as Trump, he didn’t resist the Department of Justice, but the fundamental point to most voters is both these men had documents that they shouldn’t have in their personal possession, and the equivalence is easy to understand.”

Bolton also noted how a number of Democrats, such as Illinois Senator Dick Durbin and West Virginia Senator Joe Manchin, have criticized the president over the classified materials and expressed “a pretty common Democratic view that this is very, very bad” for Biden and the party.

Echoing comments he gave in a recent interview with CNN, Bolton said that Biden’s situation is a “gift” to Trump, who is under criminal investigation for mishandling the classified and top secret materials found at his Florida home.

Trump is accused of ignoring a subpoena to return all the White House materials he had in his possession, as well as hindering the federal attempt to retrieve them.

As a result, Trump faces the possibility of being the first ever sitting or former U.S. president to be charged with a crime.

“It was always going to be a hard decision for the Justice Department whether to prosecute him,” Bolton said.

“We all live under one rule of law, but the fact is if you were to indict a former president and failed to convict him in the current environment, it would be a disaster for the Justice Department,” he said.

“There’s a long standing department policy not to prosecute sitting presidents. So can you imagine now going after Trump but not going after Biden? I just don’t see it.”

Biden is currently not under criminal investigation over his handling of the classified documents and has been cooperating with authorities.

Biden’s lawyers first discovered Obama-era documents at Penn Biden Center on November 2, 2022, just days before the midterms, and immediately notified the National Archives. The White House only disclosed the appearance of the documents on January 9 after CBS News broke the story.