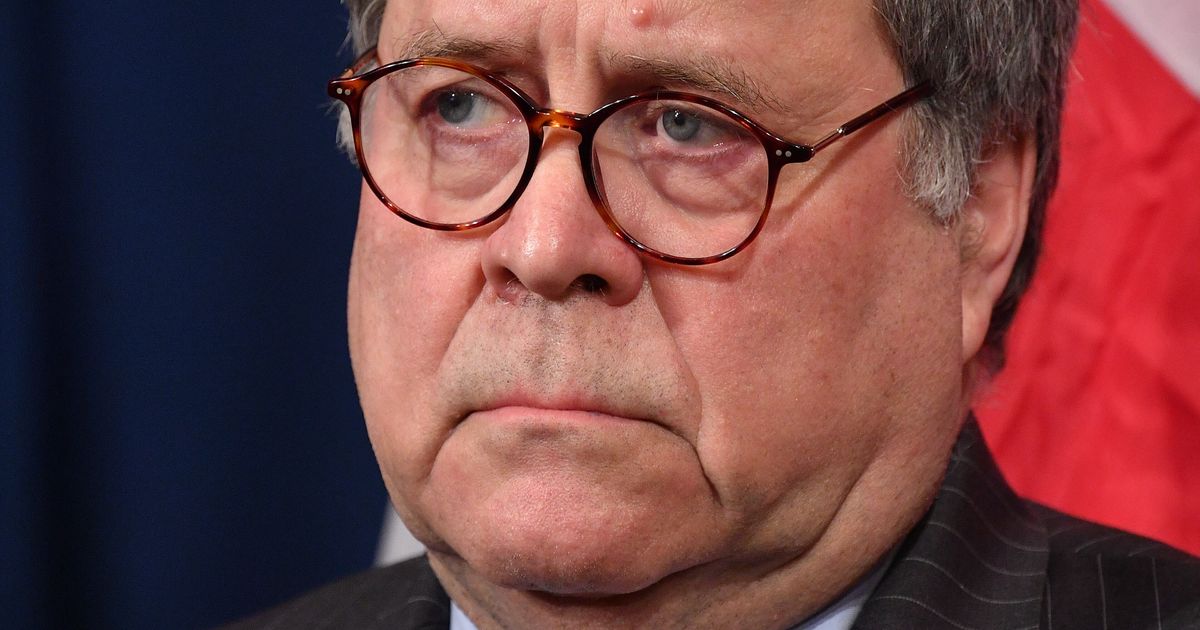 Bill Barr made a lot of dubious excuses for Donald Trump when he was attorney general, but he has no defense for the former president’s Mar-a-Lago document scandal.

Barr appeared on Fox News Friday to comment on the FBI’s detailed inventory of the items it retrieved during last month’s search of the Florida resort.

Instead of defending his former boss, Barr basically called B.S. on all of Trump’s proffered excuses for not returning classified documents to the National Archives.

It all started after co-anchor Sandra Smith asked Barr his opinion of Trump’s request for “a special master to independently review this case and what happened.”

“Well, I think the whole idea of a special master is a bit of a red herring,” he said. “The only documents that have been taken ― it seems to me ― that there’s a legitimate concern about keeping away from the government, and insulating the government from, would be documents relating to his private lawyer communications ― him as an individual and his outside lawyers.

“If there’s stuff like that, fine. Identify it. There doesn’t appear to be much of it. I’m not sure you need a special master to identify it.”

Barr also said he couldn’t “think of a legitimate reason” why Trump should have had possession of the classified documents recovered by the FBI.

The former attorney general had harsh words about claims made by the Trump camp that the former president somehow declassified the documents in question, either by tweet or simply by a verbal declaration.

“If in fact he sort of stood over scores of boxes, not really knowing what was in them, and said ‘I hereby declassify everything in here,’ that would be such an abuse, and ― that shows such recklessness that it’s almost worse than taking the documents,” Barr said.

Bill Barr: “If in fact he sort of stood over scores of boxes, not really knowing what was in them and said I hereby declassify everything in here, that would be such an abuse and — that shows such recklessness it’s almost worse than taking the documents.” pic.twitter.com/k1Ejl2EjoH

Barr also responded to people who have criticized the FBI’s Mar-a-Lago search as a gross miscarriage of justice.

“People say this was unprecedented ― well, it’s also unprecedented for a president to take all this classified information and put them in a country club, OK?” Barr said.

Considering how much Barr supported Trump’s alleged antics when he was in office, many Twitter blue-checkers were shocked that he’s now apparently willing to burn bridges with his former boss.