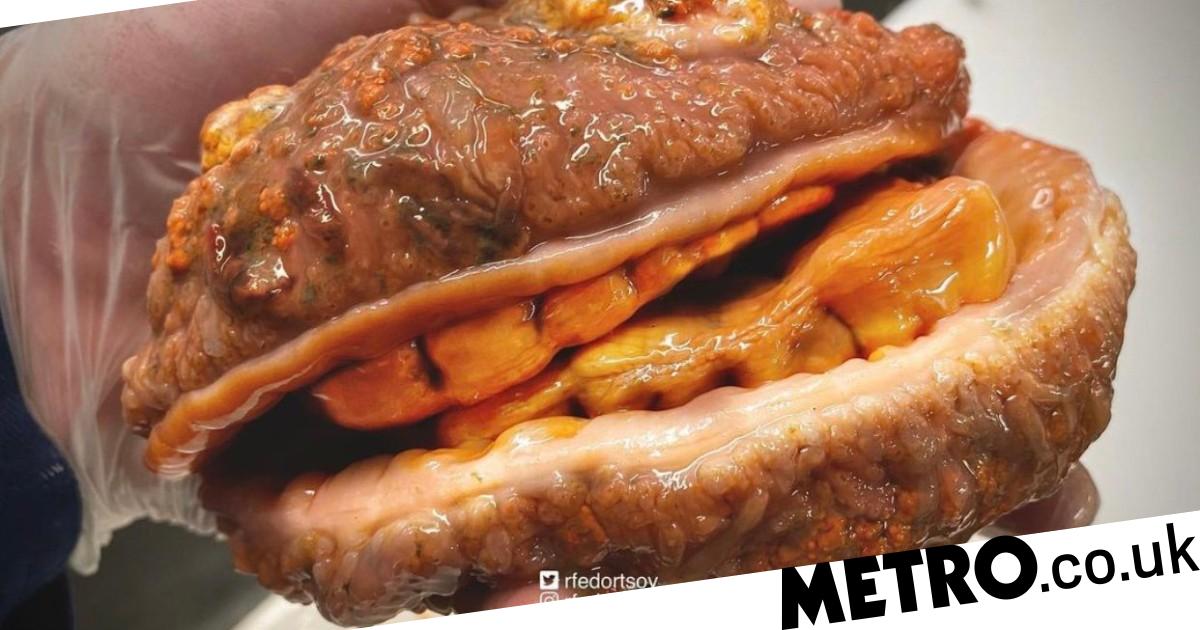 A Russian fisherman has discovered a fish that looks just like a cheeseburger.

Roman Fedortsov, 39, spends his days working on commercial fishing trawlers and comes across all kinds of marine life.

He started documenting some of his more unusual finds and posting them on Instagram.

This latest discovery has been dubbed the â€˜cheesburger with teethâ€™ by Fedortsovâ€™s followers. And itâ€™s garnered nearly 12,000 likes.

Alongside the cheeseburger fish, he has also posted a picture of a deep-sea dweller that looks like a cartoon character.

Fedortsov discovers most of the creatures in the Norwegian and Barents seas in north Russia, but has also found a few strange-looking beasts in the depths of the Atlantic.Â

Despite the odd appearances, Fedortsov himself doesnâ€™t consider them ugly.

He said: â€˜In their own way all of these creatures are beautiful.â€™