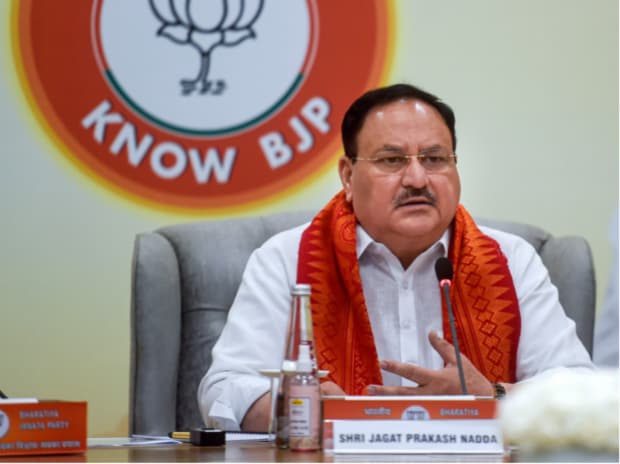 
He also chaired a meeting with the party’s state office bearers and district president in Panchkula.


Earlier on Friday, Nadda held a meeting with the booth workers in Panchkula to empower the booth committee of the party.


He held the meeting with the booth workers of Booth Number 26 at Mata Mansa Devi in Panchkula.


Nadda had comprehensive discussions with the party workers on how to empower the booth and its organisation. Booth President Poonam Sharma also attended the meeting.


Mandal President Yuvraj Kaushik and Shakti Kendra head Suresh Verma were also present in the meeting along with all the party workers of the booth committee.


Earlier this week, JP Nadda was on a two-day visit to Tripura, which is slated to go to Assembly polls next year.


Nadda lauded the “all-round development of Tripura” under Prime Minister Narendra Modi and said the government has “brought an end to political violence” by creating an “atmosphere of peace”.


He also slammed the previous Communist Party of India (Marxist) government for “encouraging terrorism and infiltration” in the northeastern state.


Nadda also paid floral tributes to the statue of Dr Shyamaprasad and Deendayal Upadhyaya at the Tripura University and was welcomed by the workers of 8 mandals.


He also visited and prayed at the Matabari temple in Udaipur during his two-day visit.