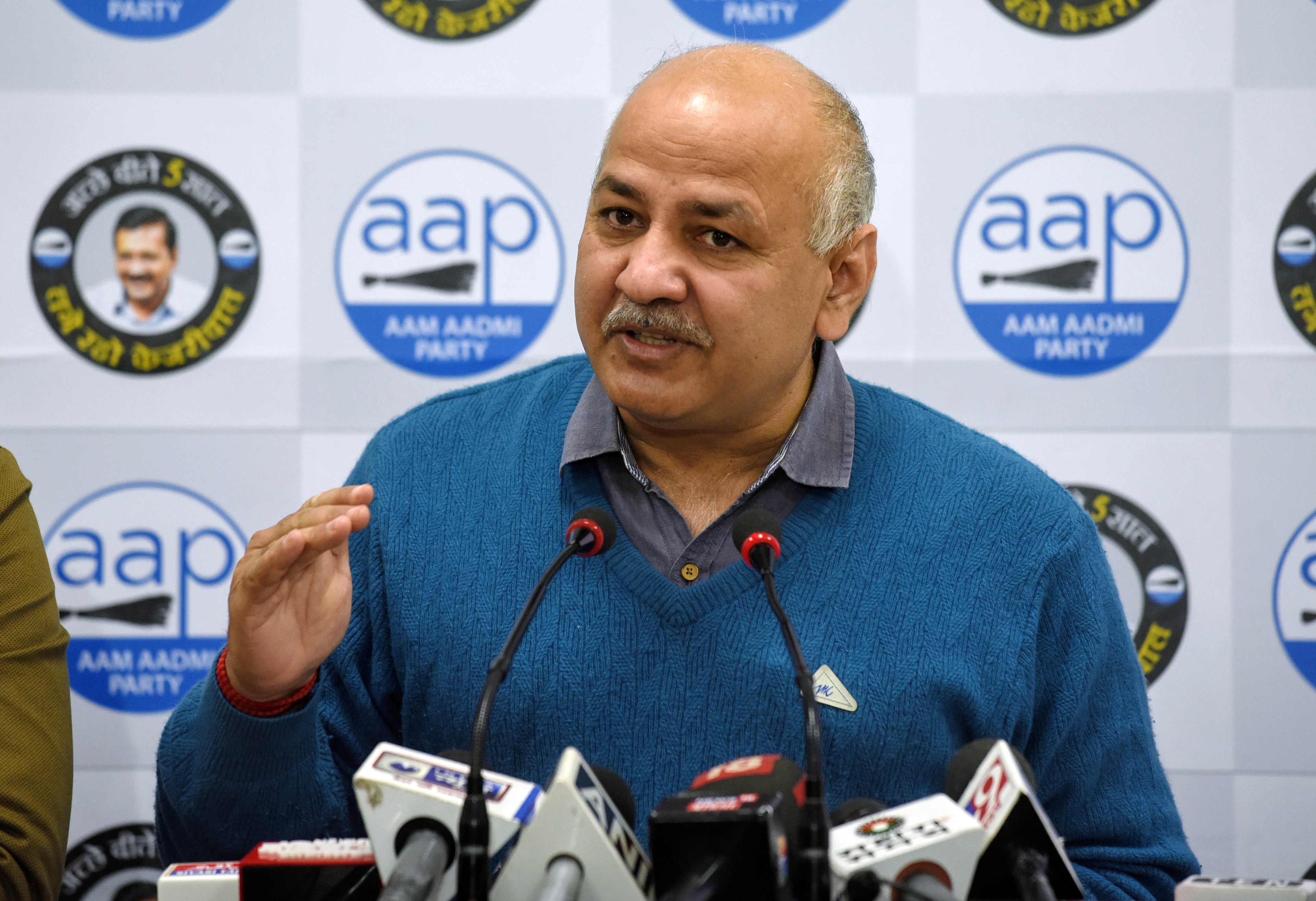 The BJP is repeating its lies about Delhi Deputy Chief Minister Manish Sisodia hoping people will eventually believe those as the outcome of the CBI’s 15-hour raid at his residence and 30 locations across India was “zero”, the AAP alleged Saturday.


Hitting back at Union Minister Anurag Thakur for calling Chief Minister Arvind Kejriwal “kingpin of irregularities” in the Delhi Excise Policy, the AAP said the country is watching how Prime Minister Narendra Modi is “misusing” the central probe agencies to “harass” the Delhi government.


By targeting Kejriwal, the BJP is actually positioning the AAP national convenor as the principal challenger to Modi ahead of the 2024 Lok Sabha elections, the party said.


“The CBI raided 31 locations and carried out searches for several hours but the probe agency did not tell what their sleuths found at Sisodia’s residence and how much gold they recovered,” AAP chief spokesperson Saurabh Bharadwaj told a press conference.


He termed the CBI raids a “wasteful exercise” and said the agency deployed at least 900 officials to carry out searches at Sisodia’s residence and other locations “on the instruction of the BJP-led Centre” but could not get anything incrimination against Sisodia.


“Any neutral person would say the CBI raid was a complete failure, zero out of 100,” he said.


“The BJP has adopted a strategy of telling lies again and again by recasting the same old stale story so that people believe in them because they have nothing new to say.”

Questioning the CBI action against Sisodia, Bharadwaj said the investigating agency has registered an FIR against him and others based on “sources”.


“The entire country is watching what Prime Minister Narendra Modi is doing, how an elected government is being harassed,” he charged.


The AAP lashed out at Thakur for referring to Manish Sisodia as “Money Shh” at his press conference, saying he is the descendent of the great Sisodia dynasty and the people of this dynasty will not forgive the distortion of his surname by the Union minister.


“Those born with a silver spoon and got everything without any hard work should be kept away from country’s politics, Indian sports and sports associations, else they will destroy these institutions like termite,” Bharadwaj said when asked to comment on Thakur referring Sisodia as “Money Shh”.


The party also slammed Thakur for calling the Kejriwal dispensation a “government of revdi (freebies) and bevadi (drunkard)”.


Waiver of loans worth crores of the “capitalists” by the Modi government was the “revdi”, it alleged.


“In all the BJP-ruled states, you are raising an army of bevadas (drunkards) by serving liquor and collecting huge amounts of revenue that ranges from 19 to 22 per cent, and defaming the Delhi government,” Singh said.


“I have framed a rule not to respond to questions of anyone seeking answers disrespectfully. Otherwise, I would appear to be endorsing such insolence,” Bharadwaj said his reaction was sought on Thakur’s “revdi and bevadi sarkar” jibe.