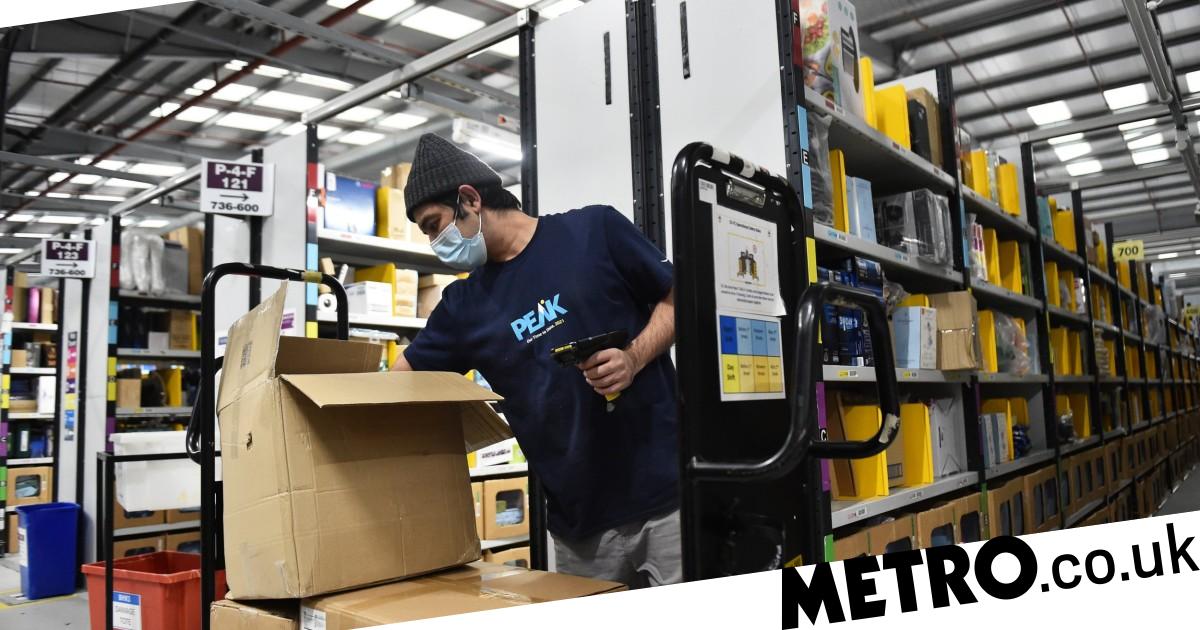 With the holiday shopping season upon us, many people will be taking advantage of the low prices and speedy delivery promised by Amazon. The online retail giant is more popular than ever, and it is bringing on thousands more employees to meet demand.

But available evidence suggests that the process by which Amazon fulfils our orders can harm its workers. It also suggests that this problem is getting worse, and has even been exacerbated by the introduction of automation and robots to the fulfilment process.

Our team in the Work Futures Research Group reviewed over 500 sources of information about Amazon. We looked at media reports, academic publications, Amazonâ€™s own published materials and blog posts by Amazon employees. We also spoke to the trade unions who organise Amazon workers in the UK.

We attempted to speak to Amazon to get their response to our findings, but they did not respond.

Our findings paint a possible picture of harmful working practices inside Amazonâ€™s fulfilment centres or warehouses. During periods of peak demand â€“ Black Friday, Cyber Monday and Prime Day sales and Christmas â€“ Amazon drafts in thousands of additional staff. This year, the company is offering sign-up bonuses of up to Â£3,000 to attract seasonal workers.

During these peak times, the length of the working week can increase to as much as 60 hours, and the average rate of ambulance callouts allegedly increases, Business Insider reported in 2019. However, an Amazon spokeswoman told Business Insider that they knew â€˜for a fact that recordable incidents do not increase during peakâ€™ times, though they did not provide records. The company also said that using ambulance callout rates to assess workplace safety is â€˜simply wrong because it does not take into consideration hours worked, population-size and whether the requests were work-related or notâ€™.

The evidence of physical harm that Amazonâ€™s warehouse workers can experience is alarming. The New York Committee for Occupational Safety and Health, a membership organisation of workers, unions, activists and health and safety professionals, surveyed 142 of the 2,500 workers at Amazonâ€™s Staten Island warehouse.

Of those surveyed, 66% said they â€˜had experienced physical pain while performing their regular work dutiesâ€™, and 42% â€˜continued experiencing pain even when they were not at workâ€™. The researchers concluded that these reports constituted evidence of â€˜work-related musculoskeletal disordersâ€™.

A similar survey by the UKâ€™s GMB trade union found that 87% of respondents reported both constant and occasional pain. It found 10% experienced only occasional pain and only 3% did not experience any pain.

The GMB also obtained information from UK local authorities about accidents that Amazon warehouses had reported to health and safety authorities. The annual total increased from 152 in 2016-17 to 240 in 2018-19.

Amazon has claimed that the introduction of digitisation and automation to the work process improves worker safety. But there is evidence which suggests that these innovations may actually contribute to warehouse injuries.

Globally, Amazon has deployed hundreds of thousands of robotic drive units to its warehouses in recent years. This has increased the speed with which Amazon fulfils orders, but it also means human workers must keep up with the machines. Amazon also uses digital programmes to track workersâ€™ movements, keeping human and robotics elements in sync to maximise productivity and efficiency.

A former senior operations manager at Amazon told investigative journalism nonprofit Reveal that when robots were introduced, â€˜the productivity expectations for workers more than doubledâ€™. Pickers, the workers charged with grabbing and scanning items, had their target raised from around 100 items to 400 items per hour. In an investigation including internal Amazon documents, Reveal found that:

In 2019, an Amazon spokesperson told Reveal that during Prime Day and the holiday season, the increase in injuries is due to increased numbers of employees, but that the average rate of injury â€˜has historically decreased or been stableâ€™ during those times.

A year later, a company spokesperson told Reveal that in 2020, Amazon spent over US$1 billion (Â£0.75 billion) on safety measures related to technology and Covid-19 safety. They said, â€˜[Amazonâ€™s] investments in safety training and education programs, in technology and new safety infrastructure are working.â€™

A faster pace of work has been found generally to lead to increased risk of musculoskeletal disorders and stress, especially when workers have limited control over their pace of work. This finding challenges the idea that robotics and automation reduce physical demands on workers.

In May 2021, Amazon introduced a wellbeing programme focused on improving workersâ€™ individual resilience through measures like healthy eating and â€œbody mechanicsâ€. We have seen no evidence that Amazon managers have considered decreasing the rate of work as a way to improve worker wellbeing.

There is less evidence about the impact of working at Amazon on mental health. Journalistic reports have found examples of anxiety, mood disorders and stress.

Organise, a worker-led network with more than a million members, surveyed UK-based fulfilment centre workers and found that 57% of respondents said they had become â€˜a lot more anxiousâ€™ since they started working at Amazon. Many reports have cited workersâ€™ accounts of the stress of meeting targets.

This pressure is systematically enforced by an automated system reportedly threatening the bottom 10% of workers with disciplinary action, ranked according to their productivity against targets. This has been corroborated by trade union officials we interviewed from the Bakers, Food and Allied Workers Union, which has represented workers in many Amazon warehouses in the UK.

Similar allegations have been made by other publications and workersâ€™ direct accounts â€“ sometimes referring to the bottom 5%, sometimes 10%. Workers can allegedly be disciplined for taking too much â€˜time off taskâ€™ or failing to work at their â€˜target speedâ€™.

The Verge reported that legal documents it had obtained showed that Amazon in the US fired hundreds of workers in a year at a single warehouse on grounds relating to their productivity. An Amazon spokesperson told The Verge, â€˜In general, the number of employee terminations have decreased over the last two years at this facility as well as across North America.â€™

The Verge also cites Amazon as saying that when more than 75% of workers are meeting their target, targets are increased. So, if workers work too slowly, they face losing their job â€“ but if they work quickly enough, they face being made to work even faster.

One of the documents obtained by The Verge was a letter signed by an attorney for the company, confirming that an automated system tracks rates of individual productivity and generates warnings or terminations â€˜without input from supervisorsâ€™.

In June 2021, Amazon US announced it was refining its time off task policy, which the company said can be â€˜easily misunderstoodâ€™. The company said the system is intended primarily to understand problems with operational systems, and â€˜only secondarily to identify under-performing employeesâ€™. Amazon said it would average time off task over a longer period of time, a change that would help it achieve the vision of being â€˜Earthâ€™s safest place to workâ€™.

In the UK, many of Amazonâ€™s warehouses are located in smaller local authorities, such as Cannock Chase, home to Amazonâ€™s Rugeley fulfilment centre. â€˜Partnership arrangementsâ€™ have been seen by some as implying that the local authority acts, in effect, as Amazonâ€™s agent, in relation to third parties making requests under the Freedom of Information Act.

Given that Amazon will be a major provider of jobs within the local authority area, and may also be paying fees to that authority for the provision of advice, there are risks that its role in regulation may be compromised.

Cannock Chase Council said that the partnership arrangement does not compromise their ability to regulate Amazon in any way and does not result in Cannock Chase Council acting as agents for Amazon. It said that if Freedom of Information requests are made to them then they are legally bound to respond to these â€“ and that does not form any part of the agreement with Amazon.

The increasing risk to the wellbeing of Amazonâ€™s fulfilment centre workers calls for action, but solving this problem is far from straightforward.

Initiatives by Amazon workers, trade unions and campaigners to hold the company to account have to be part of the solution.

Amazon did not respond to The Conversationâ€™s request for comment or detailed questions about these public reports of injury rates and working conditions.

This article is republished from The Conversation under a Creative Commons license.