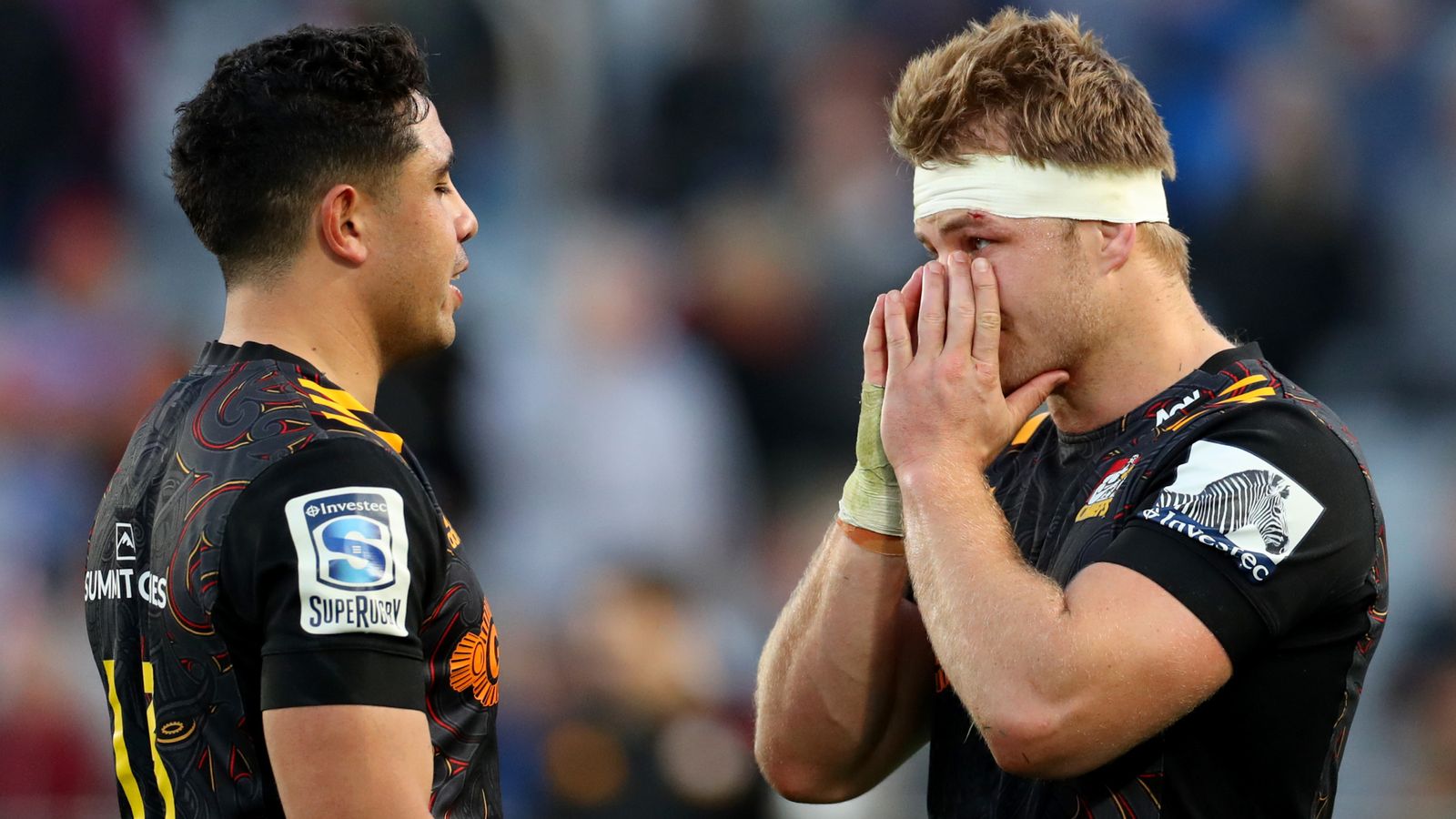 The Blues got back on the winning path as they sent the Chiefs crashing to an unwanted record with a 21-17 victory in a defensively-focussed Super Rugby Aotearoa clash at Eden Park on Sunday.

The Blues produced a massive defensive effort on their goal line in the final five minutes to preserve a win that moved them to 17 competition points, two behind the table-topping Crusaders, who have a game in hand.

The Crusaders suffered their first loss of the domestic competition on Saturday, when the Hurricanes beat them 34-32 in Christchurch.

Both the Blues and Chiefs were desperate heading into the match to arrest their respective slides, with the Auckland side having lost their last two games after winning the first three.

Warren Gatland’s side were in even more dire straits, having lost their last six games across both Super Rugby and the domestic competition, and Sunday’s defeat was a team-record seventh in succession.

The home side, with Beauden Barrett in his preferred position of fly-half, looked the most dangerous as they raced out to a 14-0 lead courtesy of converted tries to Matt Duffie and captain Patrick Tuipulotu.

The Chiefs, helped by a succession of penalties, gradually began to build sustained pressure but were held out by a staunch defence and only had a try to Lachlan Boshier to show for all of their first-half endeavour.

Early in the second half, Solomon Alaimalo tied the game up after he finished off a sweeping movement in which Brad Weber, Aaron Cruden and Anton Lienert-Brown combined beautifully for an attack down the blind side.

Damian McKenzie then gave the Chiefs the lead for the first time when he slotted a penalty to make it 17-14 on the 50-minute mark, before Blues scrum-half Finlay Christie grabbed the advantage back with the home side’s third try.

The Chiefs came close to snatching victory at the death; only some desperate Blues defence on their line, and a match-winning play from reserve lock Josh Goodhue to force a relieving penalty by getting over the ball when No 8 Pita Gus Sowakula lunged for the line, denied the visitors.

The Chiefs were upset that the referee did not refer it to the TMO to see if Sowakula had scored, but the Blues ultimately held out for their first win in three.