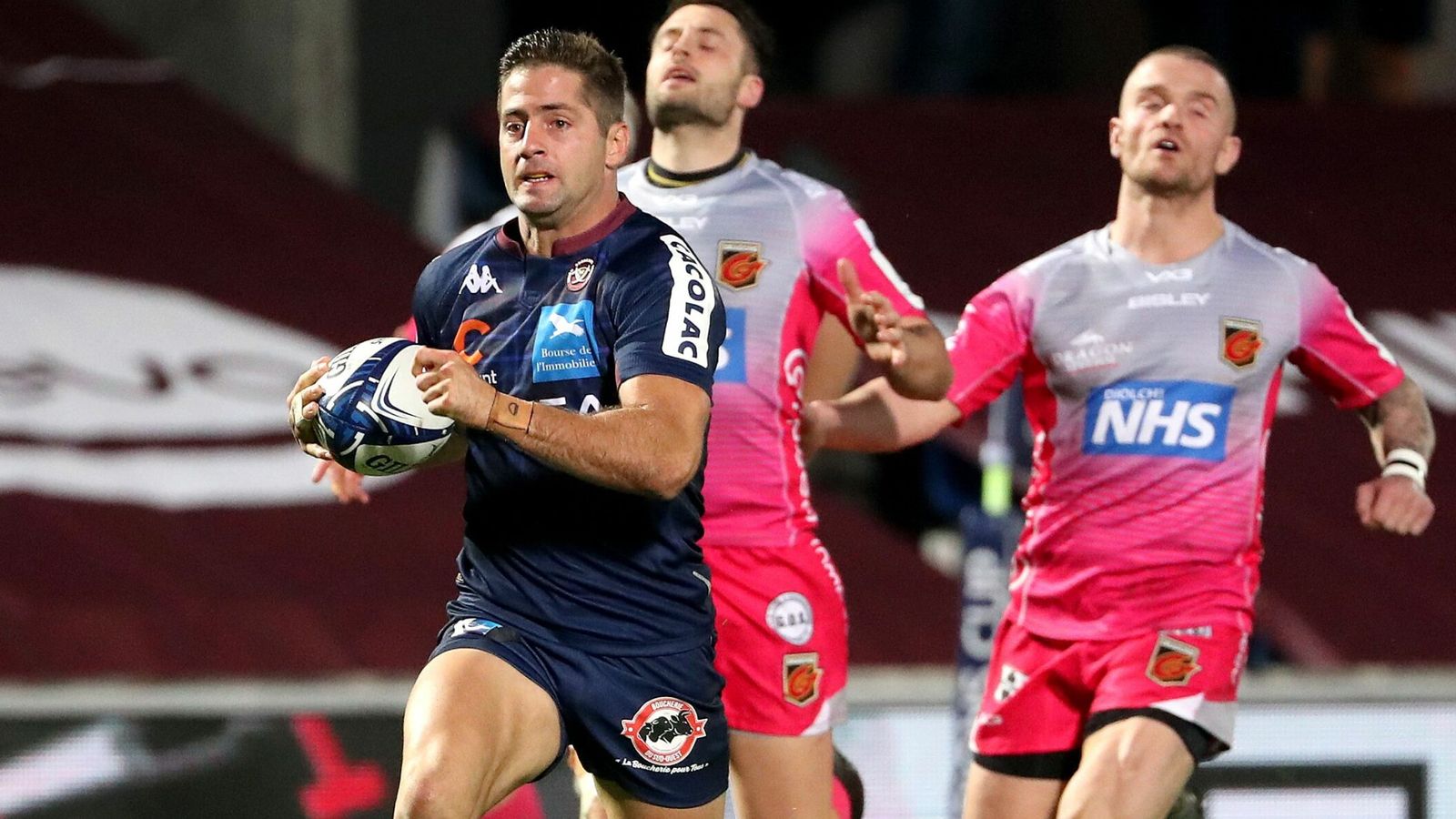 The Argentina wing scored once in the first half and twice after the break to allow the top seeds from France to make it two wins from two to move into third in Pool A.

It meant the Dragons’ long wait for a win in the Heineken Champions Cup continues as they fell to their 12th-successive defeat.

Coming on top of their 24-8 home defeat in the opening round against Wasps, it means the Welsh region are unlikely to progress, while Bordeaux are well-placed to advance after making it back-to-back wins after their triumph in Northampton last weekend.

The hosts got off to a fortunate start when English referee Christophe Ridley determined scrum-half Maxime Lucu had not knocked-on from a quick tap penalty.

The Dragons, along with the match commentators, were convinced there was a nudge forward from a finger, but no offence was blown.

Two passes later and skipper and back row Mahamadou Diaby was over in the left corner to score the opening points of the game in the seventh minute.

Mathieu Jalibert converted superbly off the touchline and the home side were up and running.

The Dragons had lost their skipper for the night, Sam Davies, before kick-off when he was withdrawn due to injury.

That forced Josh Lewis to move from full-back into the number 10 jersey and Will Talbot-Davies came off the bench to play at the back.

To their credit, the visitors did not crumble after conceding and Lewis kicked a penalty to cut the gap in the 11th minute.

But – while the opening quarter went well for them – Dragons conceded two more tries before the break to change ends 19-3 down.

The home side got a dream start to the second half when Cordero raced to the posts for his second try within 16 seconds of the restart.

To add to the woes of the Welsh region, they were forced to bring on Evan Lloyd to take over from Lewis at outside half and his kick-off was tapped back into play on the left touchline by Rio Dyer.

As the ball bounced infield, Cameron Woki snapped it up, raced up to the 22 and then passed inside to the supporting Cordero.

Jalibert added the extras and then converted a try of his own three minutes later to stretch the lead to 30 points.

Cordero’s hat-trick – the first in the competition by a Bordeaux player – came in the 61st minute after Jalibert made the initial break.

The Dragons grabbed a consolation try through Nick Tompkins, but Ben Lam notched a seventh for the home side to wrap things up.