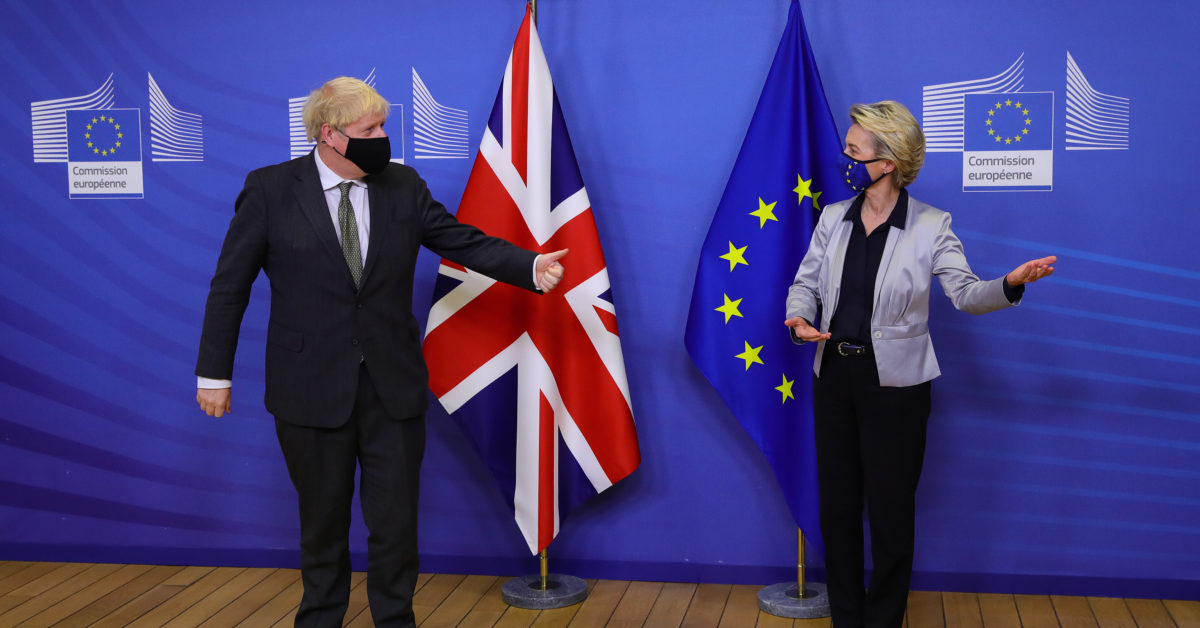 LONDON â€” Boris Johnson and Ursula von der Leyen held a secret phone call on Monday in an attempt to reach an 11th-hour compromise in the Brexit trade negotiations, according to an official familiar with the call.

The U.K. prime minister and European Commission president spoke about fresh proposals to unlock the current impasse on fisheries, the official said.

The call will further raise hopes that a free-trade agreement is still possible before the Brexit transition period expires at the end of the month.

Downing Street declined to comment on the call. A U.K. government official said: â€œThe EU position is still miles off what would be acceptable to us.â€

Ruparel said the two sides disagreed mainly on three points: The length of the transition from the current EU quota shares in U.K. waters to the new post-Brexit quota shares; how much the EU quota share should be reduced by; and how the EU gets to retaliate if the U.K. decides to change its quota share in future.

On the length of the transition, the U.K. had wanted it to be three years, while the EU had been asking for seven. Ruparel suggested five years as a â€œfair compromise.â€ Bloomberg reported on Monday that the U.K. had made a new â€œlast-ditchâ€ offer on fish which included a proposal for a five-year transition.

The U.K. had previously demanded a 60 percent cut in the share of fish caught by EU vessels in U.K. waters, with the EU seeking a 25 percent cut. Ruparel suggested a compromise at 35 percent at the end of the five-year transition. London Playbook reported the compromise could in fact be anywhere between 30 percent and 35 percent.

Ruparel said the â€œhardest difference to bridgeâ€ is whether the EU gets to retaliate across other sectors if the U.K. decides to change its quota share in future â€” so-called â€œcross retaliation.â€ He suggested an â€œindependent arbitration panelâ€ that would determine the cost of any U.K. action to the EU and decide which cross-retaliation tariffs the EU could levy on other sectors of the British economy. The U.K. had previously indicated it would not accept any cross-retaliation in sectors outside fisheries, so this would be a significant concession.